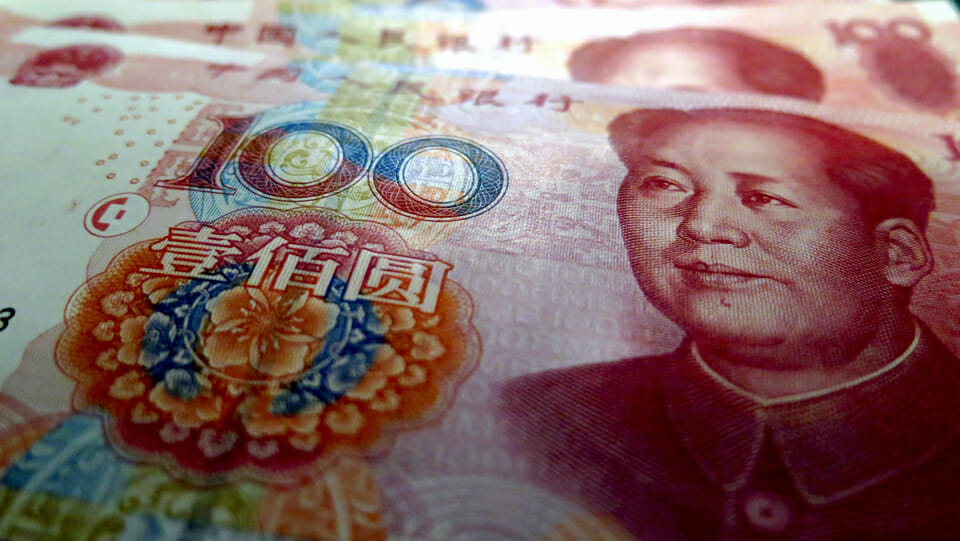 A recent media item reported on a €20 million investment in social housing through the iCare charity which says that it will potentially cover the costs of building 165 homes. The money was sourced from 52 Chinese business people who are seeking to obtain Irish visas through the Immigrant Investor Programme.

The programme allows non nationals to apply for residency if they invest at least €1 million. Over €500 million has been secured since 2012 with over 90% of applicants being Chinese. The vast majority of applications are approved.

The most popular sectors for investor money have been hotels and nursing homes, with property development and social housing next in line. A confidential report for the Department of Justice and Equality which administers the scheme did not paint a glowing picture of its benefits. To the end of 2016 just 1,106 sustainable jobs had been created; 627 in the hotel sector and 330 in nursing homes.

Overall, Chinese investment in Ireland is relatively small but increased by 75% in the first half of 2019. Bilateral trade with China amounted to €17 billion in 2018 and Ireland is one of the few EU states to have a trade surplus.

So Ireland is clearly benefiting from Chinese interest and from the EU’s own targeting of Chinese investment capital which has been one of the priorities for Trade Commissioner Phil Hogan. The EU is China’s main trading partner and focuses on attracting investment in telecommunications and information technology. Hogan took the side of Huawei in a spat with the United States over the Chinese company’s ambition to expand in Europe through 5G.

That such investment is not simply a commercial contract is illustrated by regular revelations regarding China’s use of companies based overseas for intelligence gathering. In January 2019 the Polish police arrested a Chinese employee of Huawei and a Polish expert on cybersecurity on charges of spying.

Huawei at the time employed 900 people in Poland but Poland agreed a deal in September 2019 that effectively froze Huawei out of the direct provision of 5G networks. Poland launched its 5G programme in May this year with the main contract going to Polish company Plus.

Trade with China then carries political and other implications. Most EU states and political parties are uncritical of the relationship with warnings of how Chinese capital supports its strategic ambitions confined to independent analysts like the Global Public Policy Institute.

Africa has been a particular target for China which has invested over $300 billion in sub Saharan countries since 2005. China also provides loans, amounting to $130 billion to the end of 2018.  That gives them huge leverage when it comes to political influence and access to raw materials. Critics claim that loan defaults will provide China with even greater control over such assets.

Despite this, African leaders reject claims that Chinese involvement in the continent is a form of neo-colonialism. One of the organisers of the September 2018 China-Africa forum at which Xi promised a further $60  billion in funds was South African President Cyril Ramaphosa.

Ramaphosa was involved in the decommissioning of IRA arms in 2000 and 2001 and has grown vastly wealthy through his political connections since the ANC took power in South Africa. He would clearly have no objections to facilitating Chinese capital any more than he would others.

Africa has huge natural resources including 90% of the planet’s cobalt and platinum which along with uranium have attracted the bulk of Chinese interest and investment. Transport is the second major target. Raw materials are obviously vital for Chinese economic expansion and cobalt is a key element in current phone technology. Transport is important to ensure regularity of supply but also provides China with a major strategic foothold in the states which are the recipients of investment and loans.

The Communist Party of China has learned from the overseas adventures of its former rival in Moscow and has no ambition to create socialist states in the places it has an interest in. The Party state is content that native capital does not challenge its political power.

The Communist destruction of traditional Chinese society and the cultures of Tibet and ethnic minorities raises interesting comparisons with the current corporate social media project to undermine western societies not only for commercial ends but increasingly for ideological and political motives.

In that context the threatened boycott by major corporations of Facebook is interesting in that it seeks to push an already liberal censor of non woke opinion in an even more extreme direction. That would include banning not only content from supporters of Donald Trump but from the administration and the re-election campaign.

China of course does not have to worry about elections but it is keenly interested in using new technologies to control its subjects as evidenced by its investment alongside the EU and several major corporations in Alex Pentland’s Human Dynamics Laboratory at MIT.

Pentland believes that what he terms ‘Social Physics’ can be used to bring about the eradication of human autonomy envisaged by B.F Skinner and others. Pentland regards technological “wearables” as one of the keys to accomplishing that dystopian objective and the Chinese Communists, free of any political or civil constraints, are already ahead of the curve in using facial recognition and other means to repress its citizens.

Where does all of that leave Ireland in relation to its growing economic relationship with China? Apart from illustrating the low value that the elite places upon residency through the investor programme, Ireland is now clearly a small but important part in Chinese strategic investments.

The impact of overseas investment will always be greater on the smaller host than on those investing. For one thing it makes smaller states more vulnerable to investor pressure and more easily manipulated.

Ireland is not unique of course in its obsequious attitude towards foreign capital and the almost complete absence of any sort of criticism of China across the political spectrum reflects that. However, it does not stop the same people being hyper critical of the United States which is still a far more important economic factor here. Regimes such as China of course tend to have lots of pocket change to buy friends in court but all the better if those friends seem to have an ideological blindspot when it comes to totalitarianism.

With regards to selling Irish residency for relatively little economic gain is exactly the way in which neo-colonial states operate. Perhaps the Africans will have a tad more self-respect.

Biden’s first act: back into the Paris Climate Accords