Cardi B and ‘whores in the house’: why the moral decline of society matters 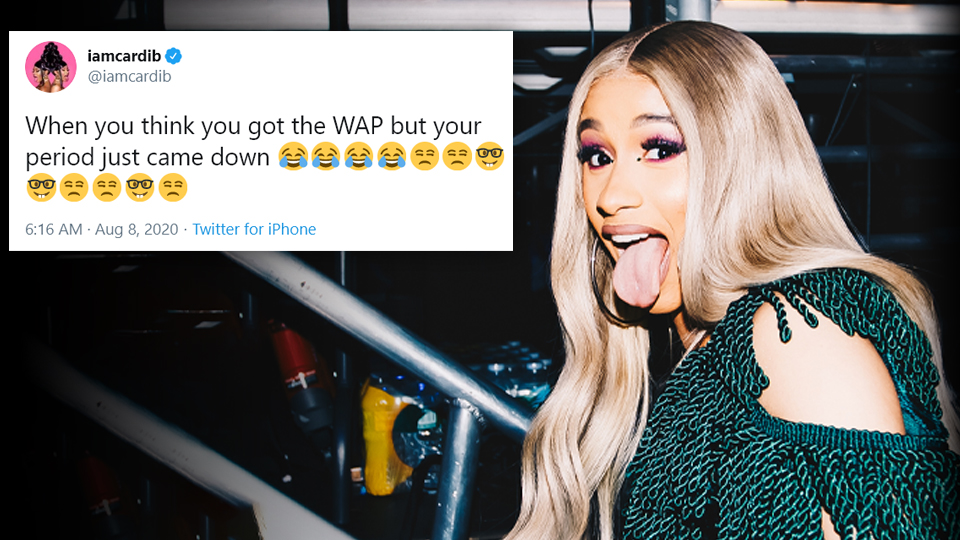 Rap artists Cardi B and Megan Thee Stallion have been making waves since the release of their new sexually-charged song and music video entitled “WAP”.

In the video, both women and a posse of dancers and guests can be seen strutting around in outfits that leave nothing to the imagination, while describing themselves as ‘whores in the house’, and rapping about hedonism and sex.

Now, clearly Cardi B knows controversy – and sex – sells, so she’s ramped up both in this production. The song lyrics are obviously crude, its themes are gratuitous and vulgar, and it’s widely agreed that the music video essentially amounts to softcore pornography. It’s like someone found out how to store moral decay as an MP3 file. If aliens found the song on an iPod in a pile of rubble 1,000 years from now, it would be no mystery to them why our society collapsed.

At the time of writing this article, the video has 81 million views on YouTube, #1 on trending, and is not age restricted in any way. This means that even children can view it freely. Bear in mind that in an age of tech censorship, when you can be banned for expressing the wrong political opinion, millionaire record executives are apparently free to expose children to sexually explicit videos without issue. Figure that one out if you can.

The song has been lauded as a great piece of feminist work by many media and culture outlets, such as Complex, who described it as an “empowering anthem”.

Teen Vogue – yes, the same Teen Vogue which is marketed towards teenagers – published an article that read: “Cardi B and Megan Thee Stallion released their song WAP and its music video on August 7, and women everywhere rejoiced in the glory — and overt sexuality — of the song…Women’s sexuality has long been a threat to cisgender men.”

"The fact that #WAP makes men mad isn't a surprise, it's just proof of how far men have to grow before they recognize that women are neither waiting for them to validate our sexuality nor playing by their rules." –@brittneymac15 https://t.co/2XTXSbk3KK

When even teen magazines are promoting lewd, sexualised displays targeted at young women and girls, one has to ask the question: what exactly is empowering about the message that women are “whores” and that the main focus should be on their genitals? That’s not a philosophy any normal person would accept for their daughter, sister or mother. How does reducing women to slabs of meat for the gratification of men improve their lot in life?

Well, in short, it doesn’t. No doubt Cardi B will make a lot of money off the song, just as she did from when she was a self-described stripper – but that doesn’t make the world safer or better for ordinary women. And of course it would be just as bad if a man acted this way. Male rappers are by no means off the hook for this kind of gratuitous, demeaning behaviour.

Looking at all this, some moral anarchists might be inclined to shrug and say “But who cares? Sure, it might be a little raunchy, but it’s just a music video. What’s the big deal?” Predictably, any criticism of the song and what it says about our culture has immediately been met with a chorus of such classic libertine responses as “you’re just old fashioned”, “this is what progress looks like”, or my personal all-time favourite: “how does it even affect you?”, as if the total debasement of the society our children will grow up in doesn’t have an influence on all of our lives.

People from the 1940's jumped in a time machine to come leave dumb ass comments about WAP being too vulgar. Shut the fuck up.

This is to make the critical mistake of assuming that everything in a society is isolated and happens in a vacuum. The opposite is true: everything is interconnected.

For example, in recent years, as attitudes towards sex becoming increasingly liberalised, Ireland has seen record-high cases of people contracting HIV. In fact, STDs in general have been surging to never before seen heights in recent years. Sex crimes like sexual assault are more prolific than ever before, and every year we have thousands of unplanned pregnancies and abortions.

Perhaps most disturbingly, almost 60% of people report seeing pornography for the first time under the age of 13. In other words, more than half of young people walking around in society today have been exposed to gratuitous sexual content since they were children.

If being opposed to all of that is “old fashioned”, then consider me guilty as charged. This might sound crazy, but I don’t think it’s a coincidence that these figures coincide perfectly with the complete moral decline of our culture.

Ultimately, videos like Cardi B’s are the tip of the iceberg. They are not a cause, but a symptom of a deeper issue. But they also definitely don’t help to instill much-needed decency and respect for others back into our society.