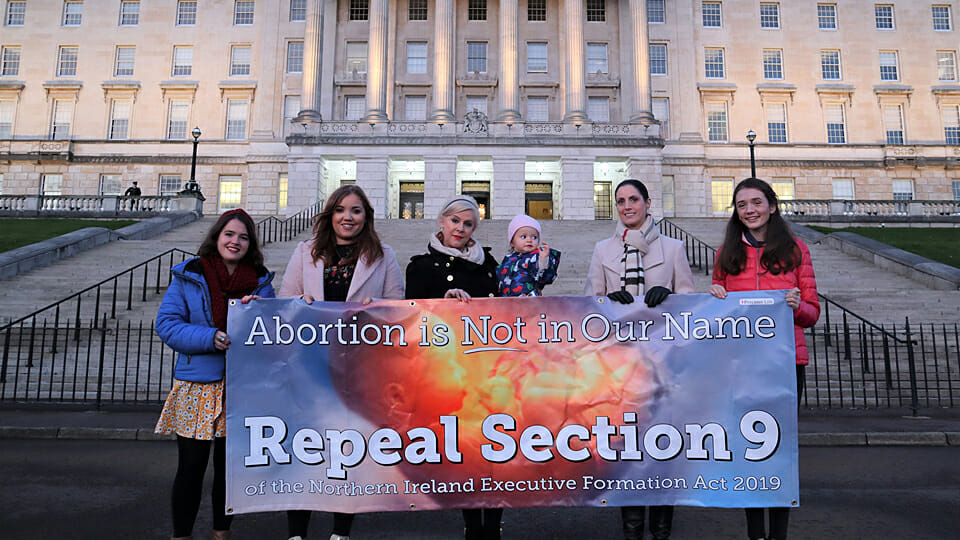 The British Government last night (Thursday 7th May) withdrew the hugely controversial regulations for Northern Ireland before they could be put to the vote in Parliament next week.

It means that the abortion regulations put forward by the Secretary of State Brandon Lewis on 31st March will not apply.

Welcoming the news, Bernadette Smyth of Precious Life said “The UK Government’s radical abortion agenda has been met with persistent and vocal opposition from the people of Northern Ireland in recent months, with the majority of respondents to the Government’s public consultation speaking overwhelmingly in opposition to abortion. 79% of the thousands who responded to the Northern Ireland Office Consultation expressed that they were opposed to any change to Northern Ireland’s pro-life laws protecting both mother and baby.

These regulations, which will now not become law here, would have allowed for abortion up to 24 weeks (6 months) on request and up to birth for babies with a life-limiting disability.

Ms Smyth said that the decision was “directly because of overwhelming and sustained public pressure from pro-life people in Northern Ireland” adding that the British Parliament withdrawal of the regulations mean “democracy has been upheld at this time.”

“While we welcome today’s excellent news, we want to encourage our supporters to continue to ‘Lobby for Life’ and demand the full repeal of Section 9 of the Northern Ireland (Executive Formation) Act. These specific regulations will not be introduced at this time; however, we must remain vigilant because separate abortion regulations will still be introduced at a later date.  We would ask the pro-life community to continue to speak for life, and not to become complacent in spite of this very positive development,” she said.

Ms Smyth also said that while the news is to be welcomed, the Campaign to Repeal Section 9 which gave the British parliament power to legislate for abortion would continue.

Precious Life’s work will not stop until every unborn baby in Northern Ireland is protected from abortion in law, policy and practice,” she concluded.

Opponents had criticised the regulations for going further than abortion laws in Britain and the Republic.