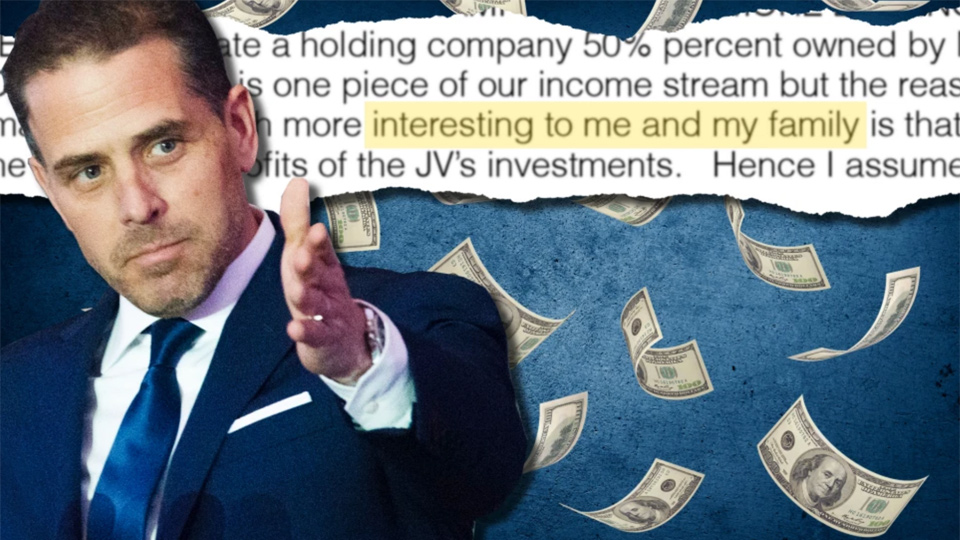 The New York Post has released new emails indicating that Hunter Biden negotiated lucrative deals with China’s largest private energy firm, one of which he said was “interesting for me and my family”, and “for introductions alone”.

The news comes after yesterday’s publication of emails allegedly showing that Hunter Biden gave a top Ukranian business associate access to his father, then US vice-president, Joe Biden.

The Biden campaign could only state that the former vice-president had not met with Vadym Pozharskyi, an adviser to the board of Ukranian company Burisma, in his official schedule from the time.

The Trump campaign has accused Joe Biden of lying when he previously claimed not to have any involvement with his son’s business deals abroad.

Hunter Biden pursued lucrative deals involving China’s largest private energy company — including one that he said would be “interesting for me and my family,” emails obtained by The Post show.

One email sent to Biden on May 13, 2017, with the subject line “Expectations,” included details of “remuneration packages” for six people involved in an unspecified business venture.

Biden was identified as “Chair / Vice Chair depending on agreement with CEFC,” an apparent reference to the former Shanghai-based conglomerate CEFC China Energy Co.

His pay was pegged at “850” and the email also noted that “Hunter has some office expectations he will elaborate.”

In addition, the email outlined a “provisional agreement” under which 80 percent of the “equity,” or shares in the new company, would be split equally among four people whose initials correspond to the sender and three recipients, with “H” apparently referring to Biden.

Neither Jim nor the “big guy” was identified further.

The emails have come to light following their disclosure to former Mayor Rudy Giuliani by a Delaware computer repair shop that reportedly copied the hard-drives from computers owned by Hunter Biden.

The FBI are also thought to have been investigating the emails since 2019.

Hunter Biden was also found to have negotiated with now disappeared former chairman of the CEFC China Energy Ye Jianming, in a deal he said would see him receive $10 million annually “for introductions alone.”

NYP: Another email — sent by Biden as part of an Aug. 2, 2017, chain — involved a deal he struck with the since-vanished chairman of CEFC, Ye Jianming, for half-ownership of a holding company that was expected to provide Biden with more than $10 million a year.

Ye, who had ties to the Chinese military and intelligence service, hasn’t been seen since being taken into custody by Chinese authorities in early 2018, and CEFC went bankrupt earlier this year, according to reports.

Biden wrote that Ye had sweetened the terms of an earlier, three-year consulting contract with CEFC that was to pay him $10 million annually “for introductions alone.”

“The chairman changed that deal after we me[t] in MIAMI TO A MUCH MORE LASTING AND LUCRATIVE ARRANGEMENT to create a holding company 50% percent [sic] owned by ME and 50% owned by him,” Biden wrote.

“Consulting fees is one piece of our income stream but the reason this proposal by the chairman was so much more interesting to me and my family is that we would also be partners inn [sic] the equity and profits of the JV’s [joint venture’s] investments.”

Flashback: The WHO was useless during Ebola, too