Brady has left the Building 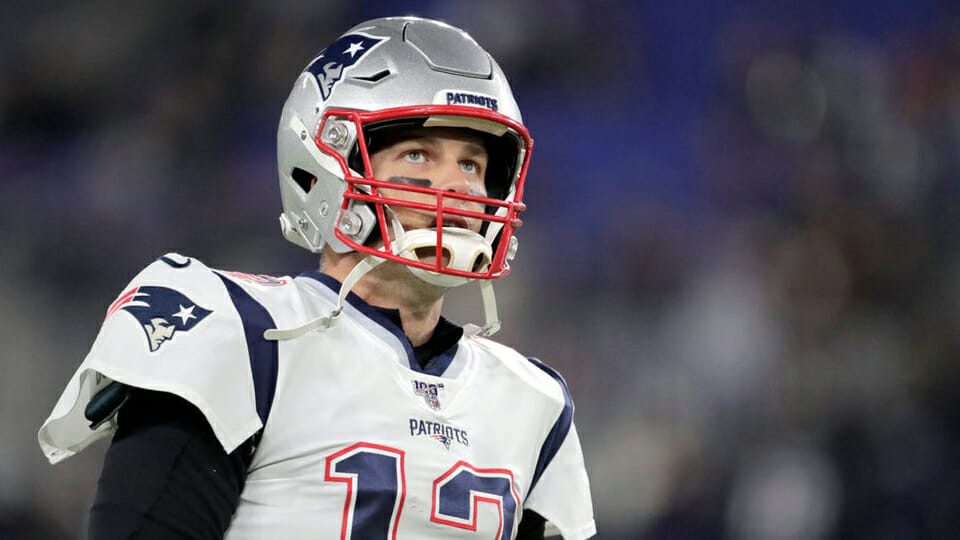 It is the end of an Era. Tom Brady’s time with the New England Patriots has come to a close. The Quarterback made the announcement on social media earlier yesterday morning, putting an end to both the speculation and to the Patriots formidable dynasty. Personally, I had a feeling that he wouldn’t be returning to Foxboro. And now we know for sure. For the first time since I’ve started watching American football, Tommy 12 won’t be playing for the Patriots come September. And I honestly don’t know how I feel about that.

Tom Brady is undoubtedly one of the greatest players to ever touch a pigskin. He is also the greatest Quarterback to ever play the game. I might not particularly like the man, but dammit do I respect him. His departure from Boston marks a significant blow to the core tenets of the National Football League. The last vestiges of old school football are fading; blindside blocks, Tom Brady and soon enough the kick return.

We could all see that Brady was fading. His performance through the 2019 season and the Patriots failure to advance past the wildcard round of the playoffs made it abundantly clear that his age defying magic was beginning to wear off. But any scenario other than Tom Brady retiring as a Patriot was unthinkable. The Patriots without Tom Brady are like Queen without Freddie Mercury or the latest series of Star Wars movies. They might be alright to watch but they don’t work. It’s just not the same. Tom Brady has been a cornerstone of not only his team but the entire league, and this move signals that the writing is on the wall for the 42 year old signal caller. He’ll play a couple of more years, work on his tan in California or Florida and then ride off into the sun.

And while I’m dismayed by the landscape of the future of professional American football that this announcement heralds, I’m also quite relieved. If Tom Brady goes to Tampa Bay (and at the time of writing this is looking to be the likeliest outcome) then chances are he’ll never get another opportunity to torture the Defense of my Steelers. For too long, the aerial assault of Brady to Gronk down the seam or Brady to Edelman across the middle was simply too much to handle. I imagine that the rest of the teams in the AFC East are STILL celebrating the joyous news. Brady’s exodus opens the door for another team to claim the division championship title for the first time since 2009. With Brady gone, the smart money is on the Buffalo Bills to take over as Kings of the East, especially after the shock acquisition of Stefon Diggs from the Minnesota Vikings. But that’s another story for another time.

And what about fallout from the team he leaves behind? The only professional team he has ever known? Well, there doesn’t seem to be any. At least not publicly. Both Robert Kraft and Bill Belichick have shown nothing but love for their former QB. And why wouldn’t they? Brady’s move down the coast is essentially his retirement plan. He’ll play for 2 or 3 years and make millions of dollars. And it’s hard to begrudge him that. Love him or hate him, Tom Brady has provided us all with a whole lot of entertaining football over the years. And when he hangs it up, the NFL just won’t be the same.