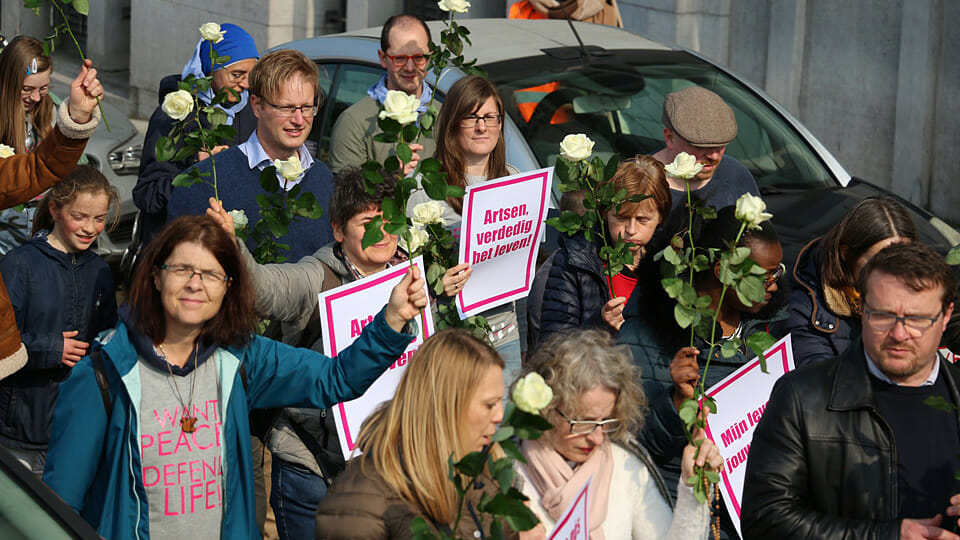 Once again, the Belgian parliament is debating abortion – not whether to decriminalise it, for that happened in 1990, but whether to criminalise protests against it.

A new bill would relax existing restrictions by allowing abortions up to 18 weeks (from 12 weeks), removing all penalties for women who do not comply with the law, and shortening a mandatory cooling-off period from six to two days.

The novelty of the bill is the creation of an “offense of obstructing abortion”. The penalty for obstruction could be jail for between 3 to 12 months and a fine of between 100 to 500 Euros. This would apply to ”anyone who tries to physically or in any way whatsoever prevent a woman from gaining access freely at a health facility practicing voluntary termination of pregnancy”.

This provision aroused lively discussions in the Justice Committee on December. Deputies opposed to the bill underscored the vagueness of the phrase “in any way whatsoever” (de quelque manière que ce soit in French or op enigerlei wijze in Flemish).

However, examples are included in the justification for the amendment . These include:

The Institut Européen de Bioéthique, which is opposed to the proposed legislation, observes that such examples “seem difficult to reconcile with freedom of expression or conscience”. What if, it asks, a partner wants to keep the child? Would that be construed as “pressure” and therefore as a criminal offence?

It’s possible that further review will soften the obstruction clause. Watch this space.