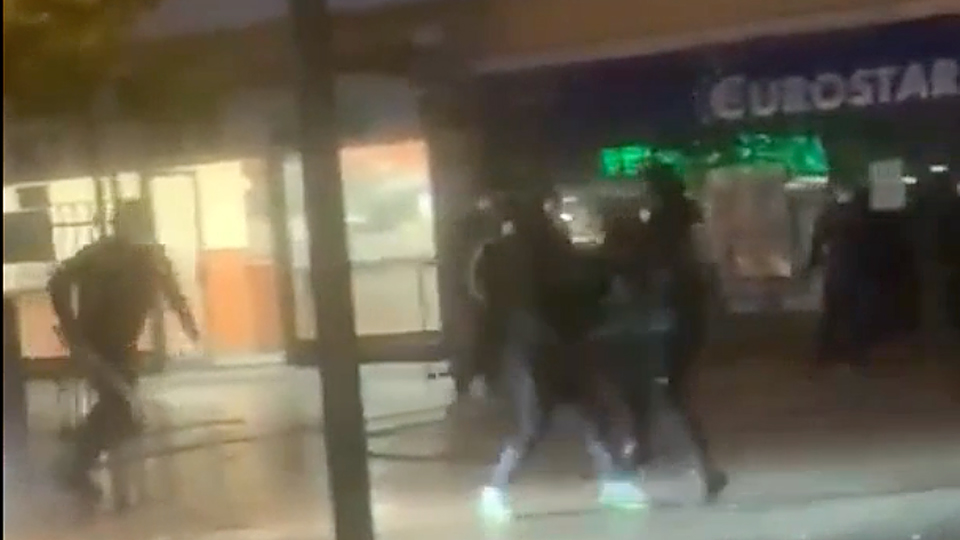 A shocking stabbing in the north Dublin suburb of Balbriggan has been caught on camera, bringing attention to the gang violence in the area once more.

Yesterday it was reported that a teenager was taken to hospital after a stabbing in Balbriggan. He is said to be refusing to co-operate with a Garda investigation into the stabbing.

This video, posted last night on Twitter may have caught the shocking moment when the stabbing occurred amidst what appears to be an organised fight between gangs of youths.

The fight was caught on camera and posted on Twitter with the comment: “What looks like a stabbing in #Balbriggan now! Something serious has to be done about the violence before someone gets killed or more people get caught up in it. The town has been getting gradually worse for years.”

What looks like a stabbing in #Balbriggan now! 😳 Something serious has to be done about the violence before someone gets killed or more people get caught up in it. The town has been getting gradually worse for years. pic.twitter.com/Gij8qmSQl4

Locals have become increasingly concerned at the escalating level of gang violence in Balbriggan, which they say goes mostly unreported  by the media.

Earlier this month, Balbriggan trended for almost a week on social media after a house was burned down and gangs effectively closed down a local shopping centre.

Gardai are at the scene of an incident in #balbriggan in which a house was set on fire and youths clashed with Gardai pic.twitter.com/hJQWz9tNB3

As reported on Gript, local TD Darragh O’Brien, did acknowledge that “gang violence” was causing mayhem in the north Dublin suburb, saying organised gangs are engaging in “stabbings, arson attacks” and that “a shopping centre was effectively taken over at the weekend”.

However, locals say that the media and some politicians are reluctant to comment on the issue because the gangs are mostly made up of youths of African origin, leading some commentators and even the Gardai to fear charges of racism in dealing with the escalating violence.

The Independent today reported that a senior Garda source said that problems with gangs of male teenagers “who largely but not exclusively” come from an ethnic minority were the cause of increasingly violent activities in some areas.

Saoirse McHugh: If the Greens go into coalition, I’m off.