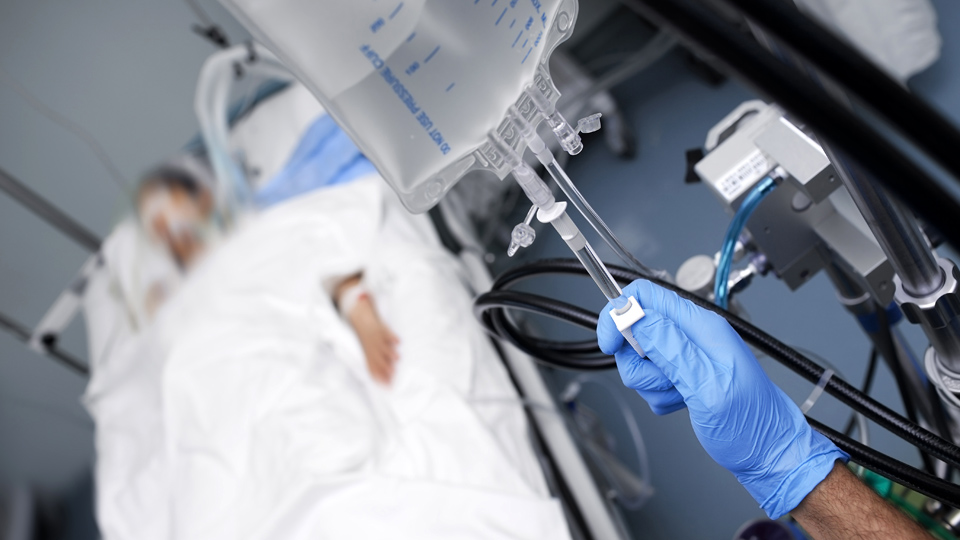 Last October, after an extensive and supportive media build-up, the Dáil voted on a bill proposed by the Socialist TD, Gino Kenny seeking to legalise Assisted Suicide in Ireland – ensuring doctors could end the lives of patients.

At that time, a majority of TDs backed the legislation by 81 to 71 votes. Four out of 36 Fianna Fáil TDs supported the Bill going forward to the next stage: Stephen Donnelly, Thomas Byrne, James Lawless, and Paul McAuliffe.

It was also supported by Leo Varadkar and Justice Minister Helen McEntee, and, as expected, by senior Fine Gael figures such as Simon Harris, and leader of the Greens, Eamon Ryan. Incredibly, the Health Minister Stephen Donnelly, later admitted that he did not have any “meetings or discussions” with the medical experts who wrote to him opposing assisted suicide before he voted in favour of Gino Kenny’s bill.

However, almost six months later, the Bill now appears to be on shakier ground, and those TDs who rushed to support this careless and dangerous measure surely have questions to answer.

BILL DESCRIBED AS ‘SHOCKING’ BY DOCTORS

The first question, as was previously put to Gino Kenny, is whether many of the TDs had even read the draft Bill, or sought to understand its many flaws. Kenny, in a debate on Newstalk with journalist David Quinn, stumbled repeatedly when challenged about what was actually in his bill. He came across as someone who had gone into the debate without having read his own proposal, insisting that reference to unbearable pain was a safeguarding measure in the Bill when those words were entirely absent from the measure, for example.

At the time of the vote last October, the medical experts most involved in end of life care had already written to TDs spelling out why they were so strongly opposed to the bill. If TDs had read those expressions of concern it is very difficult to understand why they would have voted to support the proposed legislation – unless it was a bid to appear progressive and win media plaudits, which is, of course, entirely likely.

“The intended and inevitable unintended consequences of the proposed legislation are stark and unthinkable,” was the clear warning from the Irish Palliative Medicine Consultants Association (IPMCA), who explained that the proposed bill was “deeply flawed in several aspects including, most shockingly, that both assisted suicide and euthanasia be permissible.”

They also warned that “based on international evidence there are no safeguards that can be put in place that will meaningfully restrict the use and misuse of such legislation” and said that the evidence of other countries also showed “that legislation intended to allow for the killing of adults suffering pain as a result of advanced illness has resulted in the killing of adults with no life-limiting illness, those who have untreated mental health issues, those with dementia, those who are blind, deaf or merely ‘tired of life’ and in the killing of infants and children.”

There was near-unanimity amongst palliative care experts in their firm opposition to Assisted Suicide being legalised – with 88% of the practitioners surveyed saying they would not support the measure.

This level of near-unanimity on a public issue is unusual amongst medical professionals – and it is exceedingly rare for a respected and authoritative medical body to write to TDs warning that legislation would result in the “killing” of vulnerable adults and of infants and children.

So why did this warning from the top medical experts go unheeded by the 81 deputies who preferred to virtue-signal about their liberal credentials than be guided by the best evidence? They probably felt on safe ground. The measure, after all, was being widely supported by the establishment media, and the country seemed to be sleepwalking into legalising Assisted Suicide. The Bill passed to committee stage, where it would be examined by the Justice Committee.

However, other events then began to play out.

If the TDs felt that doctors and other healthcare professionals – the people they sought to make actively involved in killing their patients – were about to go quietly, they were wrong.

Submissions to the Justice Committee began to come in from a range of leading medical professional representative bodies and associations.

They strongly opposed the bill, with many pointing out that they feared pressure would be brought to bear on vulnerable people who may be led to believe they are a burden to society.

The Royal College of Surgeons in Ireland said it believes “the introduction of euthanasia will have a harmful effect upon society” and would “do more harm than good.”

It feared that “legalisation of voluntary euthanasia and physician assisted suicide would create a precedent to extend the practice to handicapped and sick individuals also, who do not suffer so much themselves, but rather are a perceived burden to society.”

The IPMCA reiterated its strong opposition, saying the Bill was open to significant misuse and abuse and “encompassed any person in Ireland who has any chronic condition”.

They added that “for the vulnerable dying, laws that make doctors the decision makers are unsafe.”

Pointing to the “numerous defects” in the Bill, the College of Psychiatrists of Ireland said it was “concerned that the enactment of this Bill may eventually lead to physician assisted suicide for people with mental disorders, as has occurred in in the Netherlands and Belgium. The College asserted it “does not support the Bill and believes that no changes can make it acceptable.”

The Irish Society of Physicians in Geriatric Medicine, which represents specialists in the care of older people, said it has “deep concerns about the many negative impacts of physician-assisted suicide and euthanasia on the practice and ethos of care during life and for end of life care.”

The Society said it wished to give the “strongest possible endorsement to the 2017 and 2020 Position Papers of the Royal College of Physicians in Ireland.”

Those position papers issued by the RCPI, which is the country’s largest professional and training body for Clinical Medicine in Ireland, summed up their position by saying Assisted Suicide was “contrary to best medical suicide”. It said advances in medicine and in palliative care meant that “nobody should be suffering either mentally or physically”, and that “in the worst cases, palliative sedation [is] available to address intractable physical pain”.

In addition, some 2,184 doctors and healthcare professionals then signed a statement which said “as good healthcare already allows people to die with dignity in Ireland, a Bill introducing assisted suicide is therefore not necessary”.

The medics said they were “gravely concerned by the proposal to legislate for assisted suicide and euthanasia, also described as assisted dying in Ireland. As healthcare professionals we have respect for each individual, value personal autonomy and also share an interest in protecting and advocating for people who are nearing the end of their lives and who may be vulnerable and at risk.”

They warned of the danger to vulnerable people saying “we believe the bill creates risks for many receiving healthcare that outweigh any potential benefits.  This concern is based on our collective experience over many decades of providing health care to people and their families in Ireland.”

In regard to some of the key service providers, the Irish Hospice Foundation also called for a proper debate on the issue, and Pieta House founder, Joan Freeman, warned that “If this bill goes through, we are telling people at the end of life that they are a burden.

It would be dangerous and reckless for TDs to push ahead with supporting Gino Kenny’s bill given the clear and explicit warnings they have received from thousands of medical professionals, including the leading experts in end of life care, and those caring for the vulnerable and the elderly.

A major public awareness drive to inform people as to the reality of what the Bill would legalise – and the horrifying impact it could have on the lives of the sick, the elderly, and those with disabilities – has gained traction. A review of the evidence made it abundantly clear that the outcomes which followed the legalisation of Assisted Suicide were extremely negative for vulnerable people.

The Life Institute’s ‘Don’t Assist Suicide’ campaign, which has had over 400,000 engagements to date, brought that compelling evidence into the public domain. Some of the key facts were summarised in factsheets and leaflets, while powerful testimonies were watched by hundreds of thousands of people online.

People were shocked to know that 56% of people killed by assisted dying said that being a burden on family, friends and caregivers was a reason to end their lives, according to a 2017 study in Washington State.

Or that, in the Netherlands, it has been estimated that 1 in 5 patients who sought euthanasia came under pressure to end their lives. A survey by the Dutch medics’ federation KNMG found that 70% of doctors had felt pressure to grant euthanasia.

Most people were also alarmed to see how the number of people ending their lives increased rapidly in other countries once the law changed. In Canada, the number of people availing of assisted suicide has increased five-fold in just four years since 2015. In Belgium, euthanasia cases have increased by a factor of ten since 2003 – and Belgium has allowed children to be euthanized since 2014.

Equally shocking was the research undertaken by Prof Theo Boer, formerly an advocate of euthanasia who sat on review panels in the Netherlands for almost a decade. He showed that after euthanasia was legalised in the Netherlands the number of other suicides also went up – with a rise of almost 34% in less than a decade, in contrast to surrounding countries which had no assisted suicide practice.

Professor Boer spoke at a major online event in October in Ireland: the ‘Do No Harm’ conference, which was viewed by some 6,000 people. Growing public awareness about the dangers of legalising Assisted Suicide was then bolstered by the concerns also raised by a human rights body.

In another blow to the Bill,  the Irish Human Rights and Equality Commission (IHREC) described the “title and purpose” of the ‘Dying with Dignity’ bill as “potentially misleading”, saying that the legislation is really about allowing doctors to assist patients to end their own lives.

In its submission to the Justice Committee, the IHREC also said that “significant amendments” would be required to the Bill to ensure it met “obligations to provide for robust and effective safeguards, as is required under the Constitution and human rights law.”

The Justice Committee has already acknowledged that the bill, which is just 5 pages long, contains several legal “flaws”, and a number of other “issues” according to a recent report in the Sunday Times. It did not say whether allowing a sick or vulnerable person to be killed by a doctor was one of those flaws.

The bill to legalise Assisted Suicide now appears to be on much shakier ground. The measure, which endangers the sick, the old and the vulnerable, cannot be allowed to pass.