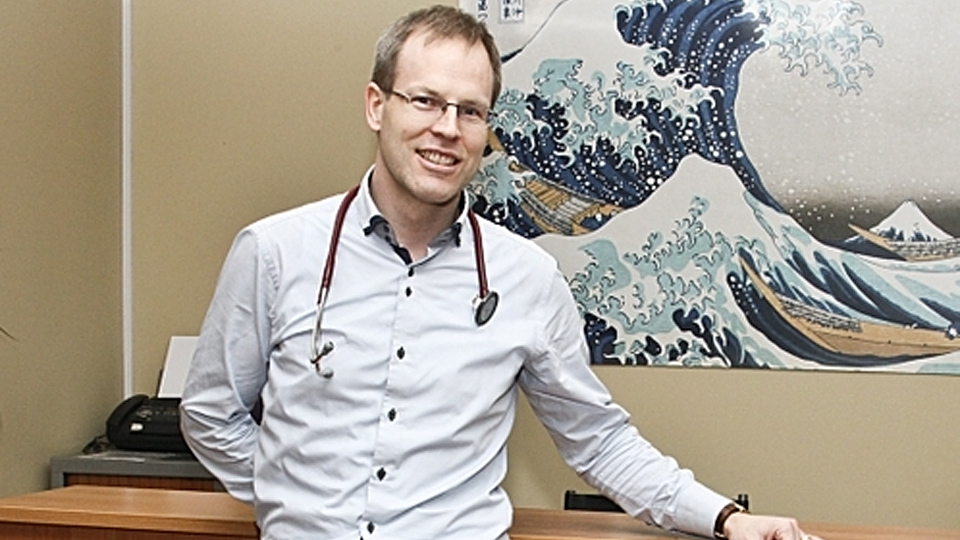 A Limerick doctor, Patrick Morrisey, has become the latest medic to lose a job for disagreeing with the Government’s official line on Covid.

Dr. Morrissey attended the health freedom Ireland/yellow vest protest in Dublin at the weekend, where he delivered a strong criticism of various aspects of the Government’s approach.

A few days later, he was sacked, reports the Limerick Leader:

THE CHAIRPERSON of Shannondoc has been removed from his position, after he delivered a scathing anti-Covid restriction speech against Nphet and the Government at a rally in Dublin at the weekend.

Dr Patrick Morrissey, who operates a clinic in Adare, told the Limerick Leader that a meeting of the Shannondoc board on Monday night concluded that he was to be removed from the board as chairman and director.

In a lengthy speech that was widely circulated on social media, Dr Morrissey said that the National Public Health Emergency Team [Nphet] was “completely out of touch” and it “should be scrapped”.

In a long list of claims at the rally, hosted by the so-called Yellow Vest movement, he said that Nphet “believe your health is determined by a stupid swab result” and that it is “meaningless data being used to subdue the people”.

There is much more than that to what he said, so go over and read the full thing at the Leader, since it’s their story.

By all accounts, Dr. Morrissey is a very fine doctor. Given the tenor of his remarks at the rally, some of which seem over the top, he may not be such a good politician.

But is it really a sacking offence for a doctor to question health policy? In Ireland, the answer to that question is now unambiguously “yes”.

This poses a series of serious problems. The most obvious one is this: Given that we now see a repeated pattern of doctors who dispute the policy approach of the Government getting sacked, how can we trust that those who endorse the Government’s position are actually giving us their honest opinion? If you see or hear a HSE employed doctor endorsing the latest state line on Covid on the airwaves, it’s now perfectly reasonable to wonder whether they actually believe it, or are saying what needs to be said if they wish to keep their job.

And it’s not just public dissent that’s at risk. Are there medics in Ireland who are concerned about feeding issues of concern up the line in case it marks them out as suspected wrong-thinkers? That’s a very fair question on foot of this, too.

Here’s the other thing, too. Covid is not necessarily the only public health emergency the country is facing. Here’s Dr. Morrissey himself, again, speaking to the Limerick Leader:

“Every day I see the negative physical and psychological fallout of these continuing restrictions. NPHET as it currently stands should be scrapped. Doctors should be allowed to treat high risk patients in the community. This way we can keep more of them out of hospital. The daily case numbers must stop being pushed by the media on a people suffering more from Covid fatigue than Covid.”

Doctors on the front line, like Morrissey, are necessarily going to encounter consequences of NPHET policy that NPHET themselves will never have to face. Nobody’s going to walk into Tony Holohan’s office later today and tell the CMO that the restrictions have led to suicidal ideation.

That’s not to say that the restrictions are wrong, necessarily, or that Dr. Morrissey is right. But it is true that frontline doctors are necessarily going to be seeing a wider picture of the health issues in a community, and the impact of restrictions, than those at the top of the pyramid will ever encounter.

There’s also the basic democratic point: Dr. Morrissey is entitled to speak his mind on a matter of public health. The things he said on Saturday, while, at times, strident and over the top, were not by any stretch of the imagination ideas that are outside the mainstream.

In fact, just a few days later, it turns out that the Government shared some of his views, when they rejected NPHET’s call for further restrictions.

This kind of silencing of dissent, and bullying of those who are minded to speak up in disagreement, will not end well. To pull a phrase from the annals of Irish history – it’s a thundering disgrace.

Report finds majority of complaints about solicitors and barristers relate to ‘alleged misconduct.’