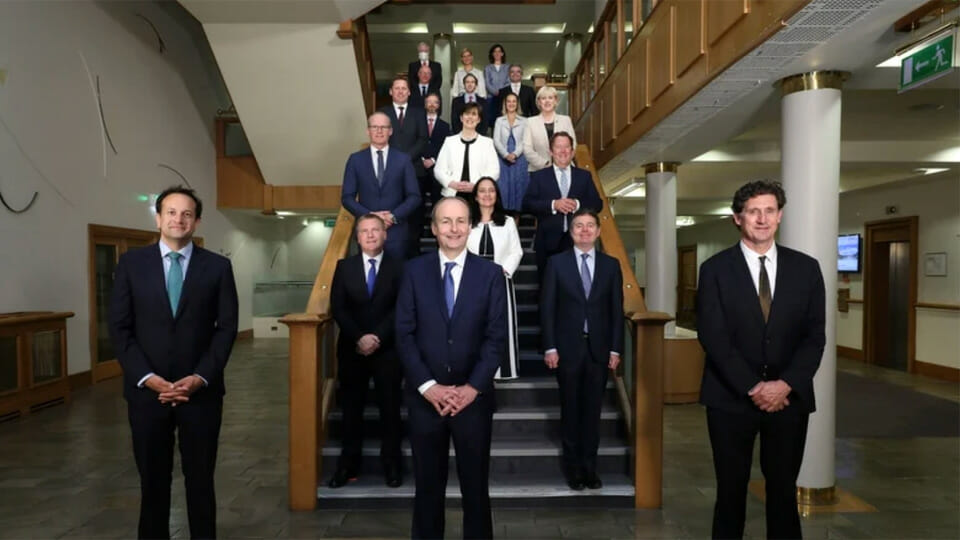 Voters and activists in the north and west of the country reacted with disbelief today at the failure of the new government to appoint a single Senior Minister to the entire North-West of the country.

An infographic highlighting the situation is going viral on social media.

Connaught and most of Ulster have been left without representation at the Cabinet table, where most important government decisions are made.

Voters voiced their anger at the decision on social media.

“How can this be acceptable ? More than 1/3 of country without ministerial representation. This can’t be good and won’t go the distance,” said one.

Independent Senator Gerard Craughwell pointed out: “No senior Minister from Donegal to Kerry. This will not go down well.”

No senior Minister from Donegal to Kerry. This will not go down well.

Paul Lawess of Aontú said he was “stunned” at the announcement of Micheál Martin’s new cabinet “that out of 15 senior ministries not a single post was awarded to the West and indeed the North-West as a whole”.

“When the people went to the polls it was clear the voters wanted change. Although I wasn’t content that this coalition represented the kind of change the people voted for, I was curious what a new Taoiseach would offer the region. However, when the new cabinet was announced I was shocked to discover that the Greystones area of Wicklow would have 2 ministers while the entire Atlantic coast from Donegal to Limerick was seen as a region where not even a single senior Minister was needed,” he wrote.

“In Mayo, over the years, we have had many of our young people needing to leave their home county and move to Dublin or further afield in search of employment. Our farmers and publicans have endured greater challenges with little or no governmental help. We are underfunded in public transport and infra-structurally far behind where we need to be. We had a Taoiseach and ministers in the west at this time, yet little was done to keep jobs and investment in Mayo and neighbouring counties. This does little to promote confidence in the change people in the west voted for in this regard,”

“Micheál Martin’s own constituency of Cork South Central now makes up one fifth of the cabinet ministries with 3 seats in cabinet from a 4 seat constituency,” he pointed out.

Journalist John Drennan took issue with Fianna Fáil’s Barry Cowen – based in Offaly – being appointed as Minister for the Marine, “a decision obviously informed by the long seafaring tradition” of the county, he joked.

Aontú leader Peadar Tóibín said there was no Senior Minister appointed from Clare to Donegal, and that those regions felt abandoned by the eastward drift of the focus of the bigger parties.

Tóibín nails it in this speech.

This is the government no one wanted, not even FF, FG or the Greens.

Greystones has more Ministers than the whole of the west coast of Ireland.

Martin was made Taoiseach in a building his last cabinet had to bail out. pic.twitter.com/MxLsVB7dsj