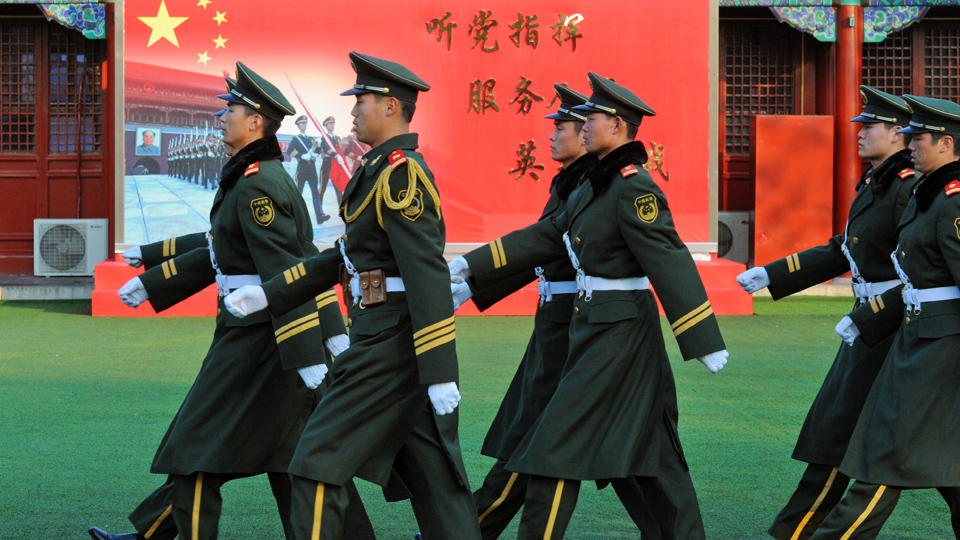 The controversial – some would say deeply suspicious –  World Economic Forum which readers may be familiar with as the promoter of the “Great Reset” which would entail the radical overhauling of the global economic system, continues to pump up the Chinese Belt and Road Initiative. The BRI is a massive programme of investment which was estimated by the Institute of International Finance to have been worth $690 billion in projects in 105 different countries by the middle of 2020.

Ireland, as we have seen, is one of those targeted states. Supporters of the BRI like the Ireland China Institute wax lyrically about “Mr. Xi Jinping’s great $7 trillion achievement.”

Likewise, Sinn Féin seems to have a soft spot for the Communist Party of China. One wonders why. On January 16, MEP Matt Carthy released a statement calling on the Irish government to heed the latest warnings from the World Economic Forum on climate change. In it he refers to the “scale of the [economic] slowdown in China.”

Yes, in relative terms the Chinese economy experienced lower growth in 2020, but it grew by 6.3% in the last quarter of the year, compared to negative growth for the year across the vast majority of the world. Indeed, far from being in crisis as some of its more duplicitous allies would like to spin, Oxford Economics is forecasting “robust investment growth” going forward.

Which begs the question why Carthy, a member of the most pro-Beijing political group in the European Parliament, is so anxious to portray the deal agreed with the EU – which the left have been pushing for since 2012 – as a sort of a favour to the poor Chinese billionaire Marxists, rather than what it is; another chance to strengthen and advance their foothold in the EU.

One suspects that the expansion of the Chinese state overseas and the “Great Reset” are not unconnected. This is not normal foreign investment. It is either directly funded, by over half, through Chinese state enterprises with the remainder being from public private partnerships or individual enterprises.  Exactly how the WEF mission to “improve the state of the world” is enhanced by furthering the interests of the most perfectly totalitarian state in history is unclear.

The World Economic Forum  is regarded by China as a key to building influence among  western political and economic elites and there are a myriad of connections between it and the Communist Party of China as documented by researchers such as Hamilton and Ohlberg. The founder of the WEF, Klaus Schwab was awarded the China Reform Friendship Medal by the CCP in 2018 for assisting in “China’s efforts to re-engineer the global economic order.”

The WEF public approach to China is eerily reminiscent of people like Lord Darlington in Kazou Ishiguzo’s Remains of the Day who will declaim that “Oh, Hitler/Xi is a devilish old chap in some ways, but he is no threat to anyone, and his achievements must be admired.”

Thus on the one hand, the WEF publications have stated that China has been impacted greatly by the virus, but on the other cannot help itself in extolling at great length the future prospects of what it forecasts and clearly hopes will be the main global economic force of the century.

There are still some critics, who manage to sneak past the gate keepers. Among them are the signatories of an impressive document sent to the intelligence services of the United States, Britain, Canada and Australia, dated January 11. The document is signed by among others retired United States General Robert Spalding who was forced out of the National Security Council, Attorney Michael Senger, and Sanjeev Sabhlok who resigned from the Victorian state treasury in September over what he described as the creation of a “police state” in Australia to enforce virus restrictions.

The document, entitled ‘The Chinese Communist Party’s Global Lockdown Fraud’, is available online. It’s basic contention is that the entire notion of national lockdowns “was brought into human history on the order of General Secretary Xi,” and that “the imposition of lockdowns in Wuhan and other areas of China — a nation unconstrained by concern for civil liberties and constitutional norms — started a domino effect where one country, and state, after another imposed draconian and hitherto untried measures on their citizens”.

Whatever the health rationale, and the authors like many question the official view, its consequences are apparent.

Among them potentially are economic and geopolitical changes that may be the most profound since the Black Death of the 1340s which reduced the population of Europe to the same level it had been 250 years previously. While the scale of death is nowhere near to being on that scale, there are those who regard the “Pandemic” as a lever to promote just as radical a “reset” as followed on the devastation of the Plagues, except this time that reset will be engineered not organic.

And who will benefit from that? Qui Bono? According to the authors of the report and other observers it will first and foremost be the Chinese Communist Party, and secondly its collaborators among the economic and political elites across the globe.

To put it crudely, it has clearly been in China’s interests to encourage the lockdown consensus, even to the sinister extent, as evidenced in the report, of supplying drones to 22 American states to monitor its citizens. The company concerned, DJI, was later blacklisted by the Trump administration for being complicit in Communist use of its technology for the collection of genetic information and the electronic surveillance of Chinese citizens and their overseas client states.

The report also examines the large loss of life which occurred among patients given mechanical respiration at the start of the panic. “In early March 2020, the WHO released COVID-19 provider guidance documents to healthcare workers. The guidance recommended escalating quickly to mechanical ventilation as an early intervention for treating COVID-19 patients, a departure from past experience during respiratory-virus epidemics. In doing so, they cited the guidance being presented by Chinese journal articles, which published papers in January and February claiming that “Chinese expert consensus” called for “invasive mechanical ventilation” as the “first choice” for people with moderate to severe respiratory distress, in part to protect medical staff,” the report notes.

“By May 2020, it was common knowledge in the medical community that early ventilator use was hurting, not helping, COVID-19 patients, and that less invasive measures were in fact very effective in assisting recoveries.  A New York City study found a 97.2% mortality rate among those over age 65 who received mechanical ventilation. The “early action” ventilator guidance that the WHO distributed to the world killed thousands of innocent patients; the WHO obtained that guidance from China,” it states.

It is astonishing to see the extent of the links between those who dominate American media; Warner Brothers who own CNN, Amazon, NBC, the New York Times, Washington Post and others, and the Chinese state through shareholdings and investment. These of course were the main promoters of the lockdown in the US, and the vanguard of the four year campaign to depose Trump.

The intent of the Chinese manipulation of the virus is clear: It is to utilise the mechanisms supplied by modern technology “to control every aspect of citizens’ lives, binding them to the state by breaking all pre-existing social bonds.”

You only have to listen to our own deracinated Woke to understand the commonality of interest between them and the monster in Beijing. It is no coincidence that the serial protesters of the far left are among the most avid supporters of state restrictions. Their only quarrel with The Man is that they want to be him. Well, they are if it’s any comfort to them.

The report concludes not with some dystopian Cormac McCarthy vision of the future but with a snapshot of the horrific devastation that has already been wrought across the planet in the past year. Not by Covid deaths, but by the lockdown. And from the rubble of the destruction if all this continues will crawl the cockroaches and whatever parasites those ultimate feeders of human misery host.

Including those in Ireland who are happy to be the smiley face of Chinese gangland capitalism and the social media leftist advocates of closing down Epoch Times and other exposers of the reality of Chinese Communism.