A Closer Look at NGOs: who is spending your taxes and what are they achieving? 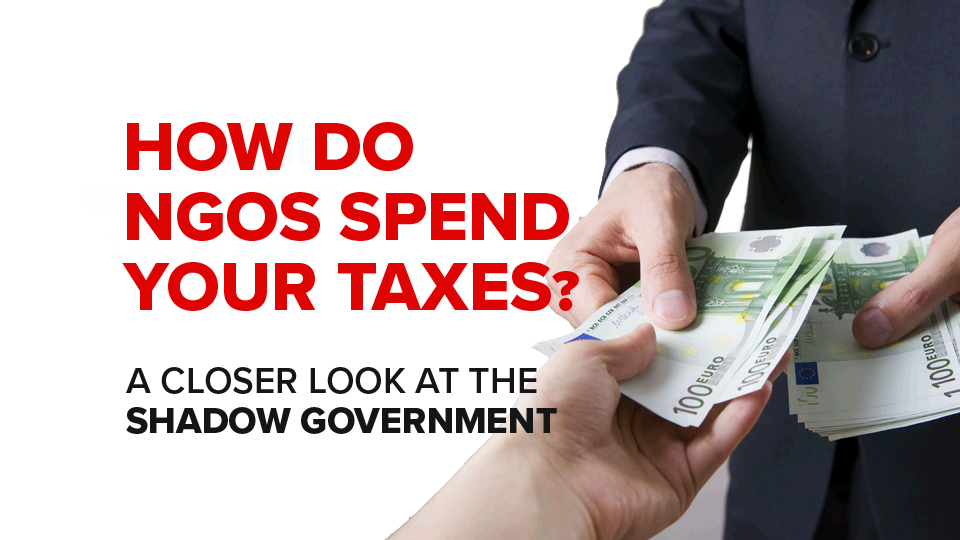 We have looked before at the huge part which the ‘Third Sector’ of Non Governmental organisations plays in the economic and social life of the Irish state. At present there are around 173,000 people employed in more than 32,800 entities which accounts for 7.5% of the work force with income of €14 billion including €5.9 billion or 8.2% of public spending.

It is difficult to find information on most of the organisations involved, and sometimes difficult to distinguish between the status of those employed with 69,000 described by Benefacts as “quasi civil servants.” It also appears to be the case that much of the more than €14 billion turnover of the NGOs is generated within the existing statutory bodies which pass on some of their caseload to ostensibly independent companies. The relationship between Tusla and Barnardos is a good example of that symbiotic arrangement.

It is also apparent that many of the directors and higher level staff of the big NGOs are people who were formerly and formally part of the system as public servants or party employees, or as trade union officials with influence in those areas. They have now been joined, especially in the housing sector, by people with a past or indeed current interest in property and construction or in the public administration of social housing.

The fact that almost 70% of the Third Sector organisations provide no publicly available financial data makes it harder to look at where exactly the money goes. Most NGOs do not publish annual reports or financial statements and even where they do, even some of the larger organisations do not specify exactly what proportion of their income is from the state. It is common to categorise staff and administration costs as part of their services costs.

However, most NGOs are small organisations, working in their communities and running of sports clubs and other locally based services which predate the incorporation of the bigger groups within the nexus of state funding which does indeed dispense a quasi official role upon them. It is misleading then to treat the entire “voluntary” sector as one as it fails to distinguish between those organic local bodies and what are in effect small to medium or even large companies.

That is illustrated most starkly in the breakdown of funding. Of the 32,800 NGOs in the broadest sense of the term as defined by Benefacts, just 1,420 or 4.3% of the total number of such organisations account for €13 billion of the overall turnover, which is 91.5% of overall turnover.

The 145 largest NGOs are responsible for €9.9 billion in turnover – just under 70% of the total raised by non profits.

The 60 largest, comprising just 0.18% of all third sector organisations have a turnover of €8.2 Billion – or 58% of the overall figure.

There are currently 195 NGOs which employ 100 or more people and their wage bill amounts to 66% of their turnover, which means that the largest part of the public money that comprises most of their income goes to pay their staff.

The larger NGOs are involved in sectors such as housing and homelessness, care of the very young and elderly, migration and refugees, and the somewhat grey area covered by “rights.”

It would seem, and this is something highlighted by the virus, that their impact is perhaps not as significant as they might claim. In a situation of genuine crisis for people seeking accommodation and for many elderly people in care or at home, the NGO big hitters would appear to have made little difference. indeed, some of their websites were dominated by issues surrounding their own staff, rather than those on whose behalf they have appointed themselves as tribunes.

Bernard-Henri Levy is correct when he ridicules those who claim that Covid has brought us closer to nature and our own humanity (The Virus in an Age of Madness) but it has shown that communities are capable of sustaining themselves in the face of difficulties even when organic voluntarism – otherwise known as looking after your neighbours in the spirit of Comhar na gComharsan, is not exactly encouraged by the state and the more preachy NGOs, as the GAA and others have discovered when questioning the health commissars. 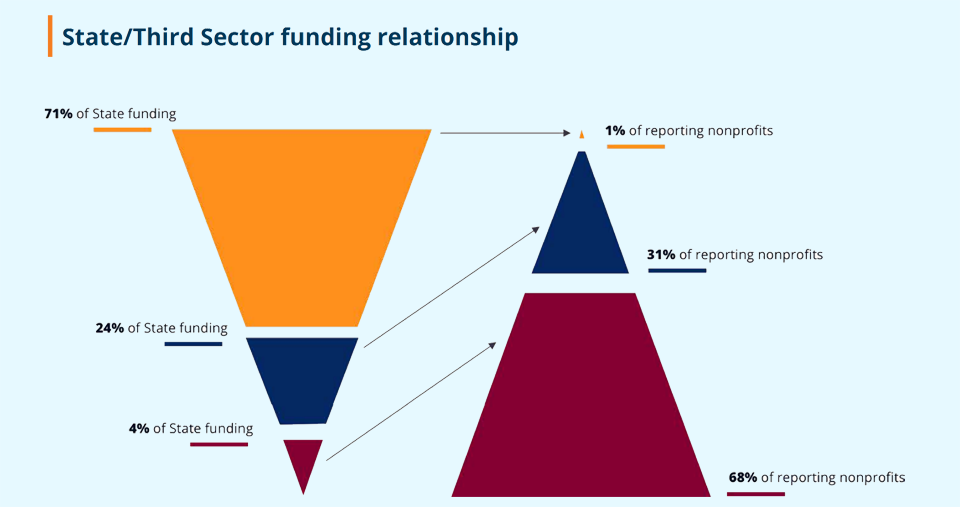 WE WILL BEGIN WITH HOUSING

Housing was generally considered, and proven by pre and post election polls, to have been one of the main factors that influenced how people cast their votes in the last general election.  The figure of 10,000 people deemed to be officially without a home is regularly repeated and it is clear that the targets which need to be met for new builds are consistently falling short of what is required if the projected increase in population growth and immigration is to take place as forecast.

Again, as with the Third Sector overall, a distinction needs to be made between the majority of organisations which function as genuinely voluntary, or perhaps employ one or two people, and the large sectoral NGOs. Of the more than 200 companies and organisations specifically dedicated to housing issues whose data is accessible, the vast majority are operating on a small voluntary basis.

These include local housing associations that are present in communities across the country and which employ nobody or very few people and receive a small proportion of their income from the state. That comes with the caveat that there are clearly a large number of groups whose data is unavailable, so our figures regarding sectoral finances cannot claim to be comprehensive.

No-one wants in any event to pry into the running of the Danesfort or Kilworth community or voluntary housing associations, but comprehensive information regarding the larger companies ought to be open to scrutiny.

With that rider, we have found data on housing NGOs which have an annual income of €450.6 million. They also have net assets of over €700 million, and some of the larger housing companies have tangible assets in property vastly greater than their income and turnover. The state provides €217.2 million of the funding to housing groups on available financial records, but all figures are clearly higher given the quality of the information available both through Benefacts and annual reports.

Of the groups which provided employment data, there are 5,070 people employed according to the most recent reports. As with the NGO sector overall, a small number of the larger organisations account for the bulk of both income and employment.

The 38 who stated that they employ 15 or more persons accounted for 4,108 of overall employment – over 80% of the total; and €190.3 million or 87.6% of state funding. Again, it ought to be stressed that the figures here represent the minimum and may well be considerably higher, especially with regard to the scale of state funding.  Large incomes are often just declared with no indication as to the origin of the money.

The question that must be posed, and we will be looking at this in relation specifically to one large housing organisation, is how effective is all of this. And on a broader level, and in relation to the “Third Sector” in its entirety; is to what extent are the NGOS a part of the “system” which many of its employees and advocates claim to be opposing?

Is the massive state funding for the third sector an effective means to address problems such as homelessness, or is it a device to incorporate potential discontent and to replace community based initiatives with large entities which whatever their directors and employees may believe are a means of social control. The unhealthy relationship between some of the major NGOs is quite apparent in their support, often well outside their brief, for the political consensus on key aspects of state policy.

That aside, perhaps it is time that we had a closer look at the NGOs and what their role is. This has already been questioned with regard for example to the possible harm which international development agencies are doing in undermining local social and economic initiatives, and in the United States where Daniel Hatcher’s 2019 book The Poverty industry showed how federal funding was being “siphoned off” to support businesses which do little to help the intended targets of the programmes.

Is it the case then that the big NGOs across the main sectors are in fact businesses which sustain themselves through state funding? And that while they may have some positive effect, that this is out of proportion to the scale at which they operate and receive public money. 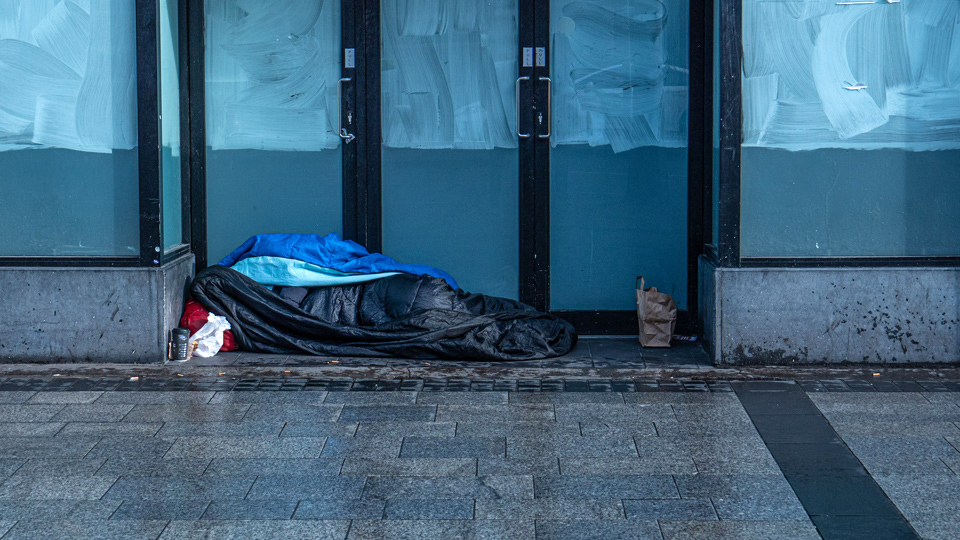 Are the main homeless groups, for example, doing any more to address that problem than they were when they were genuinely voluntary organsiations with comparatively paltry resources? Some of them employ far more people than there are who are in danger of finding themselves on the streets at night. They might counter that such voluntarism is no longer viable. Well, tell that to your local GAA or soccer or athletics or music club.

It is fashionable of course now to decry the old charities as examples of “paternalism” in contrast to the state funded NGOs. Some of them probably were, but the Irish state and the some of its funded NGOs can hardly claim to be in the back row when it comes to not only knowing what is best for everyone else, but doing all in their power to ensure that they do. And of course they have more powerful sanctions than a bowl of soup to ensure that this is the case.

One of those “reactionary” charities is the Guild of the Little Flower on Meath Street which has been providing assistance to people in need since 1912. Those of us with old Liberties connections will be aware of it and my Granny who was one of the more fortunate local people never to have been in need of their help was a small contributor to their funds.

Of their income of over €761,000 in 2018, just €24,000 came from the state through the HSE. The vast bulk of it came from donations and bequests. Which is all the more extraordinary when you consider that they employ 12 people.  Some of the larger NGOs employ a lot more people, and seem to spend a considerable portion of their spending on sustaining themselves rather than actually doing much of practical use for their “clients.”

So there are many questions to be asked with regard to Ireland’s most wealthy NGOs. Some of them pertain to funding and efficiency. Some of them have to do with the nature of our society and what some would describe as a culture of dependency designed to stifle smaller scale community and individual effort.

Next week we will begin a deeper look at those getting funding for housing.

Closer Look at NGOs: The Lords of Housing – Novas