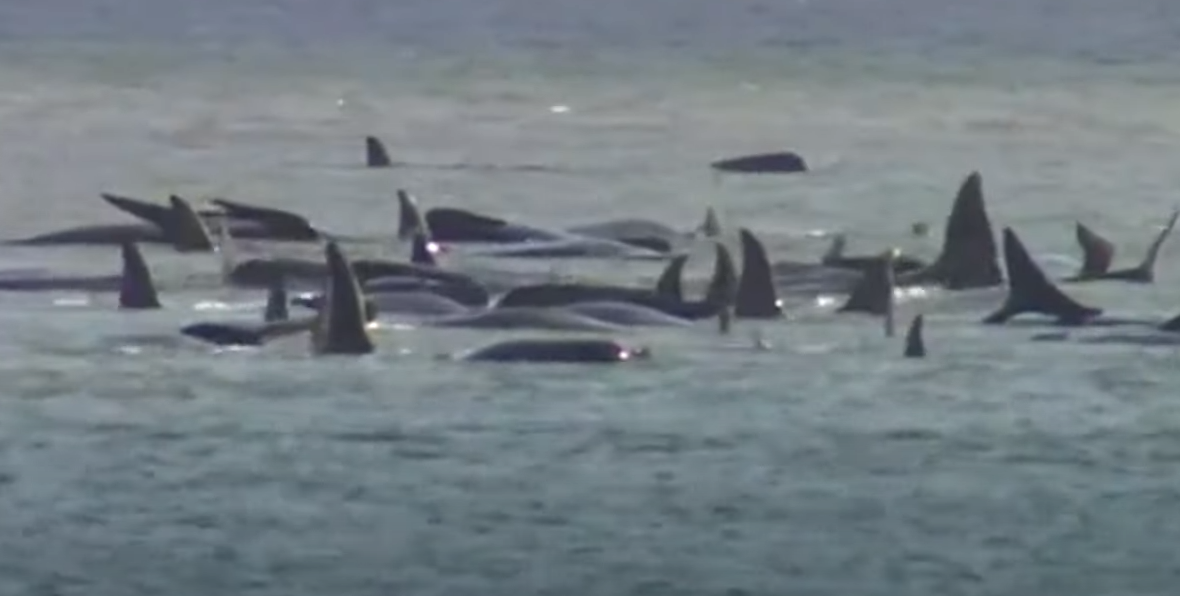 Hundreds of long-finned pilot whales have been found stranded along the west coast of Tasmania since Monday, in what’s being described as the largest stranding on record in Australia.

As rescue efforts continue, with 50 saved by late on Wednesday, some 380 whales are thought to have perished on sand spits near Macquarie Head in western Tasmania.

30 whales are said to be still alive, with focus now turning to saving as many of them possible.

“While they’re still alive and in water, there’s still hope for them – but as time goes on they do become more fatigued,” said Nic Deka, regional manager for Tasmania’s Parks and Wildlife Service.

Tasmanian government officials said the rescue effort would continue “as long as there are live animals”.

Attention will also shift to removing the carcasses of the dead whales, with a clean-up plan still being worked out by officials in the region.

The whales will either be buried or dragged out to sea after rescue efforts come to a conclusion.

Pilot whales are prone to getting beached, with the largest recording incident prior to this one occurring in 1996 when 320 were stranded in Western Australia.

Approximately 270 of the whales were spotted Monday, whilst a further 200 were found by a nearby helicopter on Tuesday.