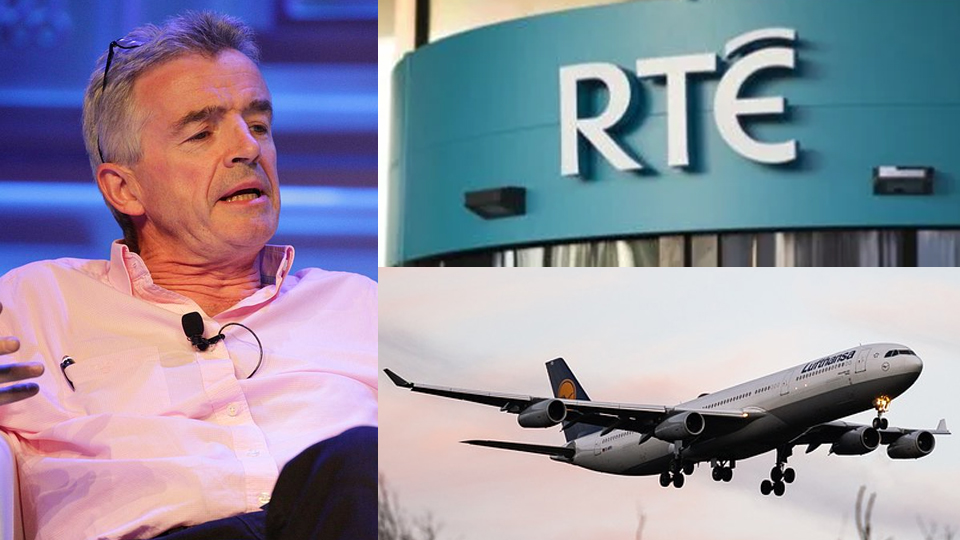 In a combative RTÉ drivetime interview today, Ryanair CEO Michael O’Leary has called on the Irish government to include countries like Germany and the UK in its “Green List” for international travel.

Currently, the Department of Foreign Affairs lists Estonia, Finland, Greece, Greenland, Hungary, Italy, Latvia, Lithuania, Norway and Slovakia as countries which require “normal precautions” – as in, anyone returning to or entering Ireland from these countries will not have their movement restricted. Entry from any other country currently requires 14 days of quarantine.

O’Leary argued that lifting restrictions to countries like the UK and Germany – which have lower rates of covid than Ireland – would allow business travel to continue in September and benefit businesses.

He also warned that Ryanair will likely be “looking at job losses and winter layoffs in Ireland” and that flight capacity would be reduced in September and October due to lack of demand, which was damaging the airline. O’Leary claims that flight bookings were down by as much as 50%, and accused the National Public Health Emergency Team of mismanaging the situation.

Comparing Ireland’s situation to other countries, O’Leary said: “Why has Ireland been following unique, closed for business, quarantine restrictions from the 1st of July, when almost all other EU countries – like Italy, Germany, the UK – are open for business, have allowed intra-EU air travel, and now have lower covid cases than Ireland? The NPHET has mismanaged this.”

Criticising NPHET and what he saw as RTÉ’s soft coverage of the government’s policy, the CEO said “Why are you defending NEPHT?…At least accept that they were wrong when they were slagging us off about wearing face masks at the end of May. Yesterday they came out with further advice, and the advice is remarkable: you should stay off public transport, a week before you’re going to ask the children to go back on school buses. What are we going to do with school children next week? Why don’t you put these questions to NEPHT?”

Ryanair has claimed that Germany and Italy have used their testing and tracing system to successfully manage return flights between European countries, and that Ireland should do the same.

On the government’s recommendation not to use public transport unless necessary, O’Leary said: “The same scientific advice, and the medical advice in Germany, in Italy, in the UK says travelling by train is fine, air travel is safe, travelling on buses is safe. Why does Ireland have this unique and different closed approach to travel, that no other European country is following, and yet these other European countries, such as the UK and Germany, have lower case rates than Ireland? Maybe NEPHT is wrong.”