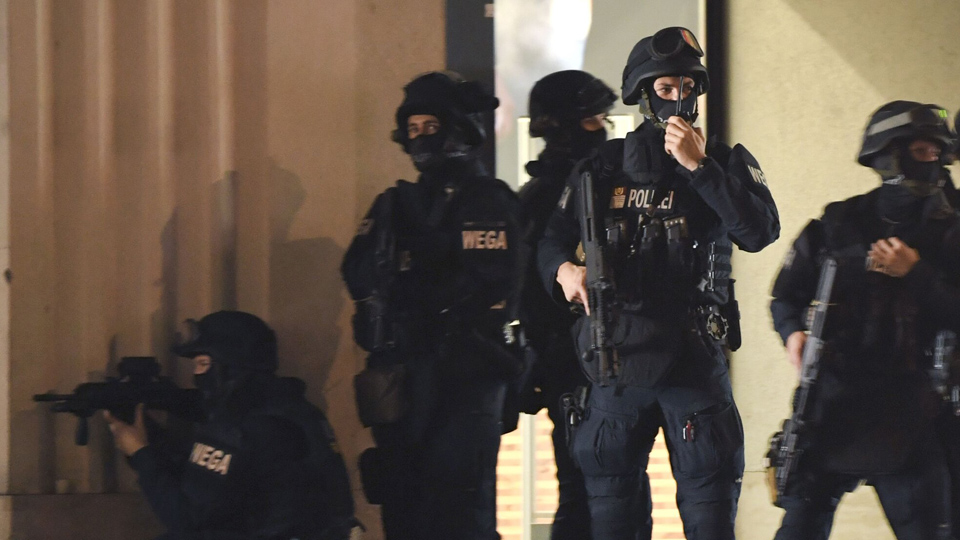 As I write, the news media is reporting that at least 4 people have died and 17 more have been injured as a result of what has been declared to be a terror attack by Islamist terrorists in Vienna last night.

This comes after the recent murders of a teacher in Paris and 3 people attending a Catholic Church in Nice, and ends a month of a sustained Islamist offensive that has continued to claim Christian victims in Nigeria and other African countries. In the last 30 days, over 800 people have been murdered in 153 separate attacks in 22 countries.

There are fears that Europe may be at the beginning of an organised attempt to escalate terror at the current time. Of course, European states and the political elite will wring their hands over all of this but what will be the response?

In relation to Ireland, will there be a proposal this week to have a minute’s silence in remembrance of the latest victims? Not just in Europe but across the globe. There was a minute’s silence on June 3 in following the death of George Floyd in custody of police in Minneapolis.

On that occasion, a debate on Covid-19 of all things on the same day led to a litany of self-aggrandizing speeches by TDs from all sides, and of course as in the case of the Greens, Sinn Féin and the communists linking it to racism in Ireland. Mary Lou McDonald even declared later that anyone who opposed allowing asylum seekers to enter the country without the inconvenience of being processed in Direct Provision was “no good at all.”

Mattie McGrath rightly described the whole thing as “jumping on the bandwagon, showboating and nonsense.” He also contrasted the virtue signalling with the fact that the same people were supporting the closing down of the country during the first Covid lockdown.

All of this, however, goes well beyond the usual gesturing by the liberals of all parties. Since then we have had the same people, as reported here, raising a similar hue and cry in the Dáil because this state did not take an unspecified number of people from the refugee camp on Lesbos after the refugees themselves had burned it down.

The Islamist who murdered the three people in Nice had arrived there from the refugee camp on the Italian island of Lampedusa. He is Tunisian. Tunisia is not recognised as a state from which it is valid for its citizens to claim asylum. Indeed, it is experiencing its own problems with migrants who come to Tunisia from other African countries as a stopping off point en route to the free stuff in Europe.

Our Pollyannas think that people like Brahim Aouissaoui, the Nice Islamist murderer, should be allowed leave the camps and travel to wherever takes their fancy. Matteo Salvini of the Italian Lega Nord said that Italy must recognise its culpability in allowing Aouissiaoui and others to land in Lampedusa and then leave.

Will our advocates for “unaccompanied minors” recognise that they too bear a moral responsibility for facilitating the unchecked entry of illegal migrants into Europe? Will they even say anything about the latest attacks and perhaps recognise the connection between what they support and its consequences?