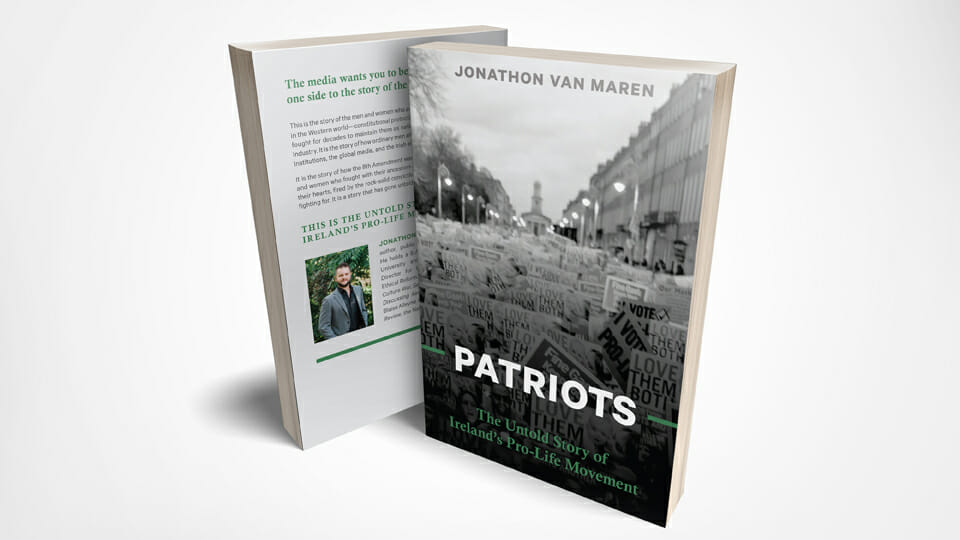 If you happen to be a disinterested observer of Ireland’s decades-long abortion debate, you could be forgiven for thinking that things unfolded something like this. First, Catholic Ireland implemented the oppressive 8th Amendment, designed to inflict moral dogmas on a helpless population.

Then, despite many horrifying happenings in between, the last vanguard of the patriarchy defended this abortion ban tooth and nail for over three decades until at last—at last!—the plucky feminists and progressives who had been toiling to drag Ireland into modernity succeeded, and the people struck back in a referendum that finally gave themselves the chance to free themselves from the yoke of the past.

All of that is nonsense. But you could be forgiven for believing it, because since May 25, 2018, that is the narrative that liberal leaders around the world, abortion activists from Washington, DC to Dublin, and above all, the Irish and international press want you to believe. Several books (including the multi-authored It’s a Yes! How Together for Yes Repealed the Eighth and Transformed Irish Society and Peter Boylan’s In the Shadow of the Eighth: My Forty Years Working for Women’s Health in Ireland) have already been published. Many more are sure to follow. “Success has many fathers,” as Tacitus noted, “but failure is an orphan.”

I had the privilege of spending a few weeks leading up to the 2018 abortion referendum working with pro-lifers in Ireland; driving around the country on the Vote No Roadshow; passing out pamphlets in Dublin; joining the Life Canvass in the suburbs. I had the chance to spend hours talking to those who in most cases had sacrificed much to fight for Ireland’s pro-life laws: Students who were skipping classes, folks who were using their vacation time or simply taking off work, men and women who were pouring their own finances into the fight because they simply believed that the babies were worth it. Many of these people, I realized, had been fighting the battle for pre-born human lives for decades—in a country where abortion was already illegal.

In the process, hundreds of thousands of lives had been saved. Stop and consider that for a moment: Hundreds of thousands of Irish men and women, boys and girls are alive today because the pro-life movement fought for them against all odds, despite the contempt of the media, international institutions, and the vitriol of the abortion activists. They sacrificed for other people’s children not because they were dogmatic, or angry, or clinging to some misty, medieval past that exists primarily in the progressive imagination. They did so because they loved children, and because they knew that those children had a right to life and to be born. They told me so, often with tears in their eyes—and their actions proved it.

I wrote Patriots: The Untold Story of Ireland’s Pro-Life Movement to tell their story. For decades, the stories of the pro-life movement around the world have been told by those who hate us, and thus the only record of the people and their sacrifices is written by progressives who cannot understand them and do not want to try. Patriots is the story of how the 8th Amendment was won, how it was lost, and how pro-lifers fought to save lives and protect Ireland’s pro-life laws in the 35 years in between. It is, I can honestly say, an incredible story, and one that needed to be told. The upcoming generation of pro-lifers may ask what happened and what it was all for? This book answers that question.

Even pro-abortion journalists have been forced to begrudgingly admire what the Irish pro-life movement accomplished. Rosanna Cooney observed that,

“The Eighth Amendment was a remarkable feat…but their story has been largely lost to the archives and cemeteries where many of Ireland’s first pro-life campaigners now lie. To forget the sophistication and efficacy of the Pro-Life Amendment Campaign, which orchestrated a constitutional ban on abortion in Ireland, is to forget one of the great political coups of the 20th century.”

Fintan O’Toole wrote bitterly in the Irish Times that the pro-life movement was the “most successful single issue movement in the history of the State.” From brilliant political lobbying to street sessions and roadshows, from medical conferences to university campuses, Irish pro-lifers of all ages and from all walks of life fought to preserve what Ireland alone could boast in the entire West: Constitutional protections for all human beings. Ireland was a beacon to all who loved and valued life. Ireland showed the rest of us what could be.

It was Ireland’s very uniqueness that made her such a prominent target. The international abortion industry could not bear the fact that Ireland not only protected children in the womb, but also had an extraordinarily high standard of maternal healthcare. The hellscape of bloody coat hangars and back alley abortions they ominously predicted did not materialize, and the 8th Amendment stood as a rebuke to all of the lies that activists told to bring in abortion on demand to nation after nation. Time and again, they attempted to use tragic circumstances to bring abortion to Ireland: Baby X, Baby C, and others…and finally, Savita Halappanavar. Abortion activists needed a Big Lie, and with Savita’s tragic death, they found it. They sold the Irish public the deceit that the 8th Amendment had killed a woman, and would kill more. The media, the politicians, the abortion industry, foreign leaders, and the international institutions all did their part. As one commentator noted later, it is amazing that so many Irish people voted against repealing the 8th Amendment, considering tsunami the pro-life movement faced.

For the first time, Patriots tells the human story of the pro-life movement over past 35 years, the inside story of Save the 8th and those who fought back, of the heartbreaking days following the referendum, and the personal stories of some of those who left it all on the field. It is the story of one of the most successful social movements in Europe, and of the courage and conviction that can start this story afresh.

I do not know what the next chapter in the history of the Irish pro-life movement will bring. But I do know that all the inspiration they need lies in the stories of their own heroes. I have only managed to tell part of that story—there are thousands of nameless people who struggled for nameless children, and dozens of volumes would be needed to truly do this history justice. This book is dedicated to all of them.

Book is for sale through the Life Institute office and online

How Ireland saved hundreds of thousands of lives: Untold Story of the Pro-Life Movement & Abortion Referendum