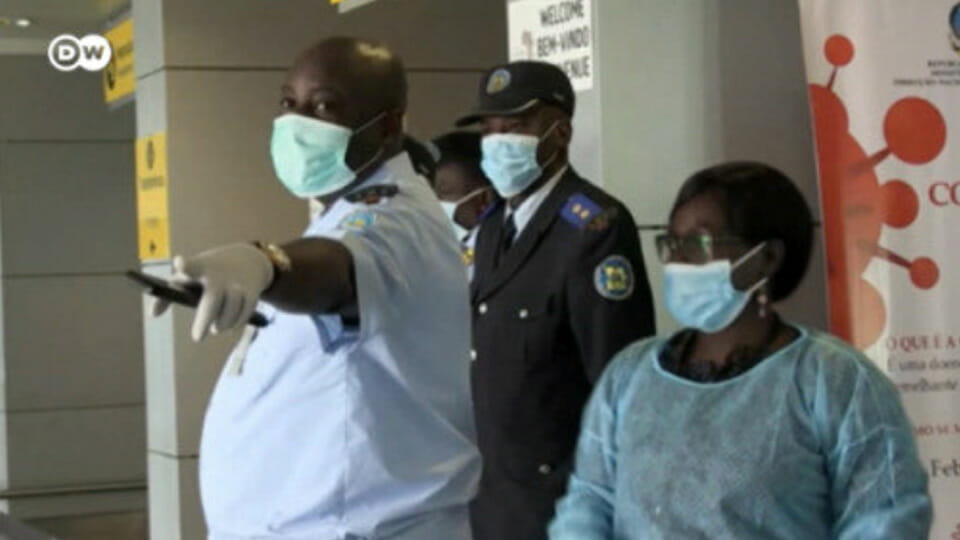 When it became clear that the novel coronavirus coming out of China was destined to be a pandemic, international concern quickly zeroed in on how countries with weak health systems, most of which are in Africa, would be affected. It was feared that they would be quickly overwhelmed by the virus and left reeling.

The continent’s exposure to China, occasioned by its deep commercial ties with the country, was the main source of concern, as shown by a brilliant modelling study analysing this risk, which came out on The Lancet. The World Health Organization and other international health agencies scrambled to provide technical assistance, and helped procure test kits and laboratory trainings for various African countries.

I do not discount the concern, and I appreciate the effort that was put into making sure African countries had a fighting chance. In fact, the apprehension was not limited to international quarters. Locally, many were worried that our governments were taking this too lightly. Even I took pot-shots at the Kenyan government for its apparent laxity.

The only problem is that the virus has largely spared Africa so far. It is true that several countries, from Egypt to South Africa, have recorded cases, and more are cropping up each day. Egypt seems to be having the roughest time of it, with a Nile cruise ship at the centre of a recent spike in cases. But much of the rest of the continent still has no cases.

This curiously low incidence rate has left many puzzled. Of the more than 100,000 cases worldwide, only a handful are in Africa, and more than half of those are in Egypt. Initially, it was feared that the disease might have already landed on the continent, unflagged by faulty detection mechanisms, and was festering, ready to burst forth when it was beyond control.

It is possible that this is the case, but the fear still hasn’t panned out. Instead, it is starting to emerge that in the midst of all the hand-wringing over how Africa would fare, some crucial information was overlooked. I have been able to identify two particularly important ones. In tandem, they may have placed a crucial role in shielding Africa from this outbreak.

The first is that Africa is not as exposed to China as many initially thought. China’s ties with Africa, though deep and significant for the continent, do not measure up to its relations with North America and Europe. It may be the biggest trading partner of many African countries but, in absolute terms, this is dwarfed by its trade with the rest of the world.

The case may be made that more Chinese travel to Europe and North America each year than have ever come to Africa. Chinese travellers made a total of 130 million foreign trips in 2017. Of these, only about 0.8 million (0.62%) were to Africa, and the total number of Chinese on the continent is estimated at about 2 million. In short, the rest of the world is way more exposed than Africa to China.

That study in The Lancet that I referred to earlier actually compared these different exposure levels, but it is deep inside the discussion section. For a real-life illustration, one need only look at the infection pattern of the virus. For most of its brief history, it has behaved as if Africa didn’t exist. And when it finally showed up, it came from everywhere except China. In fact, most cases so far have been of European origin, with a few cases originating elsewhere.

The second overlooked factor is that African countries might have the widest field experience in tackling outbreaks of viral diseases. From Ebola to Lasso fever to Zika, African countries have dealt with multiple outbreaks in recent memory. Thanks to this, they have developed extensive experience and capacity. Even the main drug being trialled for the new virus, remdesivir, has already been put  through its paces in African Ebola hotspots.

This experience has come in handy. For instance, the first coronavirus case in Sub-Saharan Africa was recorded in Nigeria, a country that eradicated Ebola in just three months during the 2013-2016 West African outbreak, and was already handling an outbreak of Lasso fever, a deadlier viral disease, when Covid-19 broke. The patient, an Italian, was put in quarantine, and all traceable contacts were isolated. One of them is now Nigeria’s second confirmed case.

While reporters note [tweet and article] that they could still enter the US without being screened, African countries (including the small, relatively un-exposed ones) have become fortresses against the virus. All entry points, for all they are worth, are heavily monitored, with masked officials taking temperatures and flagging suspicious cases.

From the outset, many countries already had the infrastructure in place for this exercise. I can personally attest to it; while re-entering Kenya from Uganda back in December 2019, I was screened for Ebola. Since the primary screening method for both viruses, taking temperatures at entry points, is the same, all that was needed was to beef up the operation, rather than starting from scratch.

This level of unwitting preparedness, combined with our lower exposure to China, is possibly the main reason Africa’s coronavirus incidence rates have remained low for so long. Thanks to it, our governments have had more time than the rest of the world to build specific capacity to tackle the new virus. I may yet be proven wrong, but it seems our fragile health systems were better prepared than those of most advanced countries.

Just to underscore this, on March 3, the last Ebola patient left the treatment centre in Beni, the scene of the latest outbreak of the disease in the Democratic Republic of the Congo. It took over a year to stamp out the outbreak, and the victory was celebrated with song and dance. But the world didn’t notice, because everyone was freaking out about the new virus.

On March 10, the DRC recorded its first Covid-19 case. The world had better watch how the country handles this new challenge. There might be a thing or two to be learnt.

Note: It should be obvious, but this is an article about a fast-moving story, so things may have changed by the time you read it.

Also, I am not an expert in disease management. My treatment of this issue is entirely from a layman’s perspective.

Mathew Otieno writes from Nairobi, Kenya and his article is printed with permission

Holding liberalism to account: the prescience of John Henry Newman