Watch: What RTE isn’t showing you from the American protests 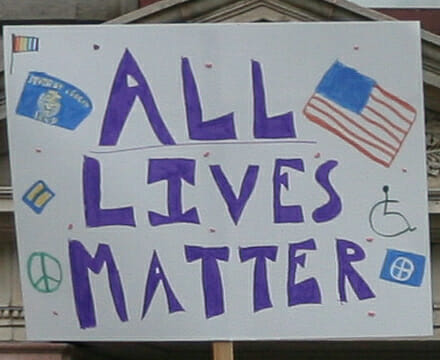 Here are a collection of clips that you will not see, under any circumstances, on RTE, or in the Irish Times, or in the Independent, or on the Journal, where the only story of the American protests is that it’s a peaceful demonstration by black Americans against police brutality.

These cars are state vehicles that transport students who are deaf and hard of hearing. pic.twitter.com/3icPiEos35

A woman in New York was beaten to within an inch of her life while trying to protect her business:

We need the National Guard in every city with a riot and we need it NOW pic.twitter.com/rnXy1qkx2t

Here are some looters in Portland, Oregon, smashing up a business:

.@JoAnnPDX, present your evidence. You led Portland that night as police stood back and watch the city be looted. Who are the white nationalists and white supremacists in this video? pic.twitter.com/jkJCu3bc2n

Looting has escalated in #NYC amid the riots that stem from peaceful protests in honor of the late #GeorgeFloyd. @NYGovCuomo imposed a curfew on the city from 11pm–5am. Indep. autopsy by Dr Baden: Floyd died from oxygen depravation from compression of the neck #GeorgeFloydProtest pic.twitter.com/7MPjLiy3uX

BREAKING VIDEO: Cops come under fire during protest in St. Louis; at least 4 officers were shot in the gun battle & the scene remains activepic.twitter.com/Lf9JA971Tj

Protestors attack police officers, running them over with a car, in Buffalo, New York:

Just happened: a protest in a car run over a group of cops in Buffalo NY…Some of them might be dead

Looting has begun in NYCpic.twitter.com/O8PIczc7Hb

A white woman abuses a black police officer, in Chicago:

A black woman talks about the impact of the violence on her, in Minneapolis. She says she wishes she was dead:

"People did this for no reason"

WATCH – @benrynews captured a powerful interview with Stephanie Wilford, a south Minneapolis resident. She describes how the damage from riots has affected her, and others in the community.
Full story/interview here – https://t.co/M5fajCuAJR pic.twitter.com/UrlJ9qeWk1

A man is brutally assaulted by rioters in Portland, Oregon:

Man flees and is taken down, brutally kicked in the head when he's on the floor.

Loses teeth in the process.

Protestors put a man in hospital with critical injuries after he tries to defend a bar in Texas:

Warning graphic video: Protesters/rioters in Dallas beat store owner to possible death after he tried to defend his business pic.twitter.com/6UluVhbFZh

And finally, an Irish Times journalist reacts to the news that President Trump has decided to call on the armed forces to restore order, Ireland:

Trump is declaring martial law. Next, he will bring in emergency legislation to halt the election that he is so terrified of losing because then he loses immunity. It is so transparent. And nobody is stopping him. https://t.co/b4wT0TLOdv

As always, with the Irish media, you are getting one side of the story. And one side of it only.