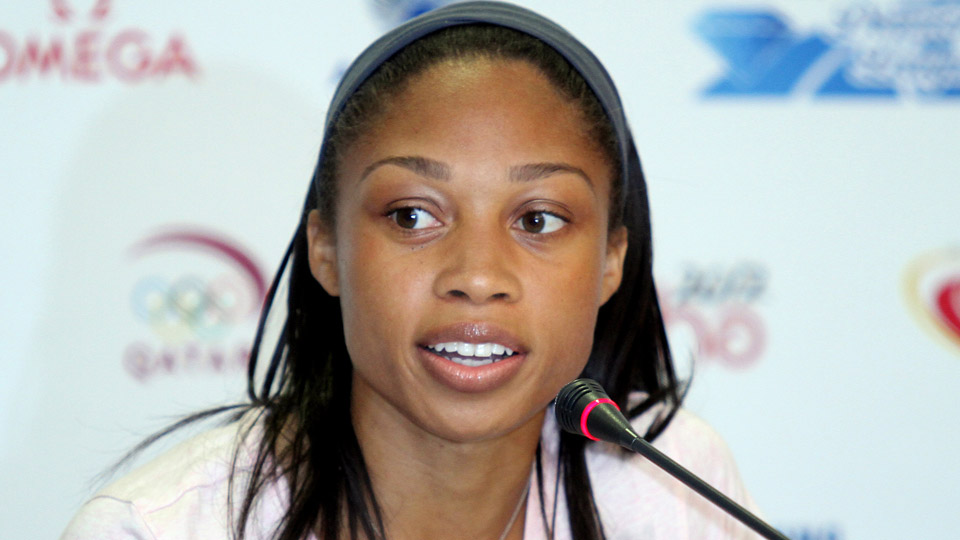 The U.S. sprinter, 33, is widely acclaimed as the most decorated female track and field athlete at the Olympics with nine medals among four Games.

For Felix, her latest victory – as one of the U.S. quartet which won gold in the first world championships mixed-gender 4x400m relay – was all the more thrilling because her one-year-old daughter was watching.

“So special, to have my daughter here watching means the world to me,” Felix told Lewis Johnson on NBCSN. “It’s been a crazy year for me.”

Felix had her baby daughter in November 2018 via an emergency C-section at 32 weeks, after she developed severe pre-eclampsia. Baby Camryn, born weighing just 3 and a half pounds, spent the first 29 days of her life in the NICU.

“This was my entire world. staying in the NICU all day & night watching my baby girl fight,” Felix posted on social media. “I can still hear the beeping and alarms of the machines. The uncertainty. The fear. There were a lot of days i wasn’t sure this was going to be possible. I worked harder than I even knew I could. there were tears, frustration and doubt. At times it felt like everything was against me.”

Felix has also led calls for women to be treated fairly by sponsors when pregnant, because many female athletes have seen sponsors withdraw funds once they confirmed they were carrying a child.

Nike and other top-brand sponsors refused to guarantee salaries to pregnant female athletes, and the U.S. Olympic Committee and USA Track and Field failed to provide heath insurance coverage to track stars while they were having their children.

Champions like Felix are working to change that – while also smashing records and winning gold. That’s some achievement.