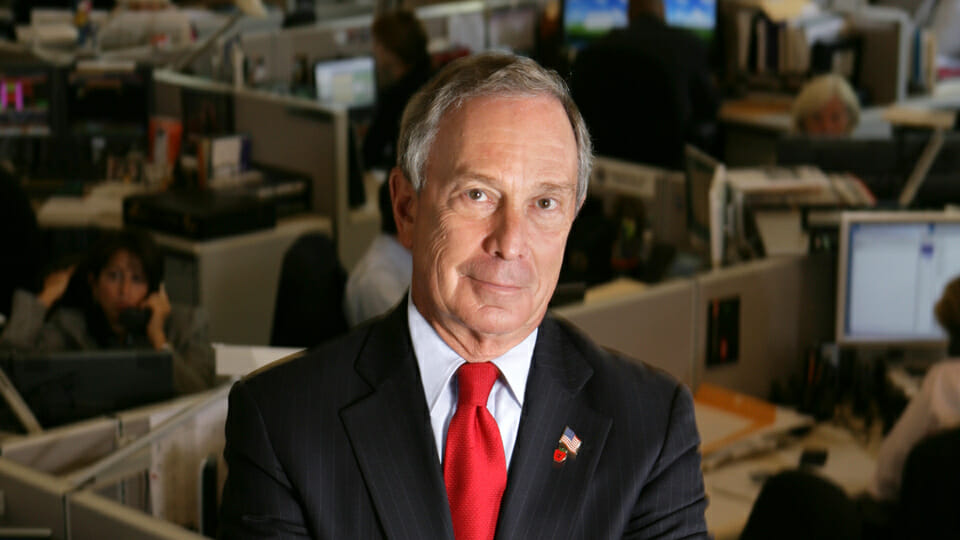 One-time New York mayor Michael Bloomberg’s bid for Democrat leader has suffered a setback as a female former employee claimed she had signed a non-disclosure agreement after the billionaire media mogul ‘responded to news of her pregnancy by saying “kill it”’; Sekiko Sekai Garrison, 55, ‘also accused Mr Bloomberg of saying “Great! Number 16!”’ – a reference to ‘the number of women on maternity leave’; under ‘embarrassing public criticism from fellow candidates during a damaging week in his bid for the Democratic nomination’, Bloomberg ‘released the details’ himself, claiming ‘in a lengthy statement’ that his media company ‘had identified three cases, over the last 30 years, which involved alleged comments made by him’; Democrat rival Elizabeth Warren, ‘said Mr Bloomberg’s actions were “not good enough”’, asking why, if there were only three cases, he had not signed “‘a blanket release?”’   (‘Bloomberg alledgedly told mother-to-be to “kill it”’, Sunday Telegraph, February 23, 2020).

One of the top ten richest people in America, Bloomberg ‘denied making the comments’, but judging by his generosity to the cause of abortion provision – from 2014 to 2017 he gave over 30 million dollars to major abortion provider Planned Parenthood – it seems highly unlikely that he would have offered Ms Garrison hearty congratulations and called on the butler to crack open a bottle of his finest champagne.

As mayor of New York, Bloomberg promoted radical pro-abortion policies, including an ordinance restricting pro-life pregnancy centres’ free speech; in 2014, unsurprisingly, he received an award from Planned Parenthood. But he believed in attacking life from both ends, calling for cancer treatment for elderly patients to be ended to save money.

However, his fellow Democratic hopefuls can hardly portray themselves as defenders of life – all eleven candidates, including Elizabeth Warren, support abortion on demand; unusually for politicians addicted to banning things, they oppose any restrictions on abortion whatsoever.

Many younger women have accepted the idea that abortion is a prerequisite for women’s equality; sadly, too, many have put the idea into practice only to find out too late that that the idea emerged from a male libertarian worldview, which chiefly benefits the abortion provider and the kind of abusive man who sees the abortion clinic as the ideal place to ‘take care of the problem’ – to ‘kill it’.

Mr Bloomberg has made his pile from the purchases made by countless human beings, but like many a rich man before him he has turned to population control and is now making death his mission in life.

Davos: the rich teaching the poor how to be mean

If Jacinda Ardern were Irish, she’d be called far-right

Merkel: Our German lockdown could last till…. April