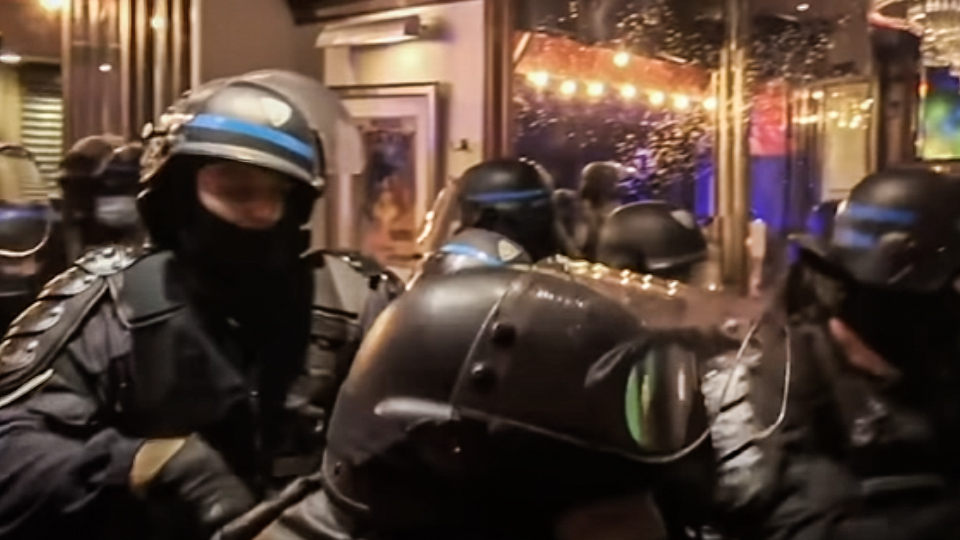 A pub near to the Champs-Elysees was reportedly raided by Paris riot police over coronavirus concerns.

Football fans at a bar in Paris were met with riot shields and batons after failing to social distance while watching the Champions League final.

The bar patrons, who were drinking and watching the Champions League final happening in Lisbon over the weekend, were forcibly removed from the pub by police officers wielding batons and riot shields reportedly due to the lack of social distancing and masks among those present.

Nearby, only 5,000 fans were let into the Parc des Princes stadium to view the match in person due to the French government’s lockdown policies, out of a total capacity of almost 48,000.

Reactions to the police’s actions were mixed, with some social media users saying they were heavy-handed in their handling of the pub goers. 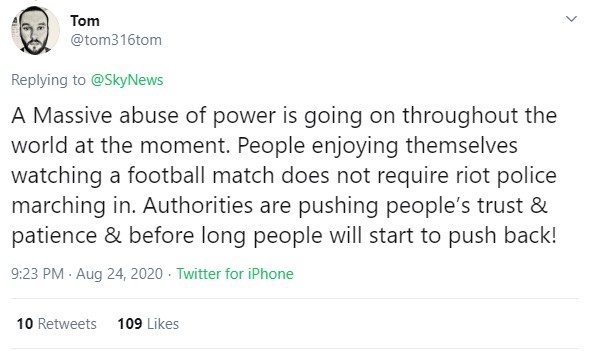 Others said that it was proportional and justified given the rules.

After the match, as many as 148 arrests were made as Paris Saint Germain supporters reportedly fought police and vandalised property following their team’s loss to Bayern Munich 1-0, with 16 police officers injured in the clash. Additionally, a Paris police spokesperson said that hundreds of fines were given out to fans not wearing masks.

“The savagery of some delinquents this night: 16 police officers injured, 12 stores attacked, about fifteen damaged vehicles. Thank you to the police for their interventions.”