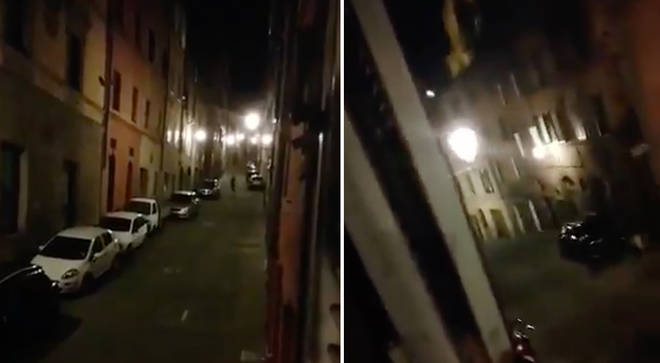 A government lockdown confining people to their homes did not stop the people of Siena, Italy from joining in song during a difficult time.

Confined to their homes, neighbours sang ‘Canto della Verbena’ (And While Siena Sleeps), a folk song about the Tuscan city.

In his viral Twitter post, David Allegranti said: “In Siena, the city to which I am very attached, you’re in your homes but you sing together as if you were on the street. I was moved.”

Italy has seen the most Covid-19 cases outside of China, with some 12,462 people confirmed to have the disease, and 1,016 deaths.