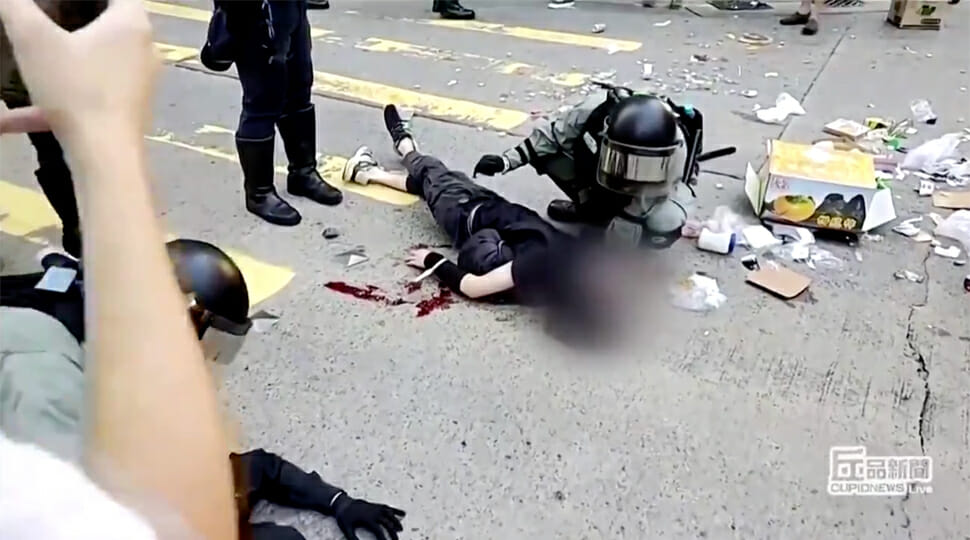 A video of Hong Kong police shooting a protester has sparked widespread condemnation from the city’s pro-democracy protesters.

The shooting comes just days after Alex Chow Tsz-lok, a 22-year old undergraduate student at the Hong Kong University of Science and Technology, fell to his death from the third floor of a car park as he attempted to escape police tear gas that police had fired into the parking structure.

Pro-democracy lawmaker Ray Chan has publicly asked questions concerning Chow’s death. “Did the police pursue him and lead to his fall? Was he thrown off the car park purposely? Did the police obstruct the rescue operation to save Chow?” he said.

Protests have gripped the region for 5 months, and police are now using increasingly violent and heavy-handed tactics against protesters, with this new video shocking many new protesters to come out on the streets.

The Financial Times reports that Hong Kong’s Hospital Authority confirmed one person was in a critical condition after being shot.

“Thanks to Carrie Lam and the pro-establishment camp who have connived with the police state. Therefore, they will use real guns so casually and unscrupulously to shoot unarmed citizens,” Jeremy Tam, a pro-democracy member of the city’s legislative assembly told the paper.