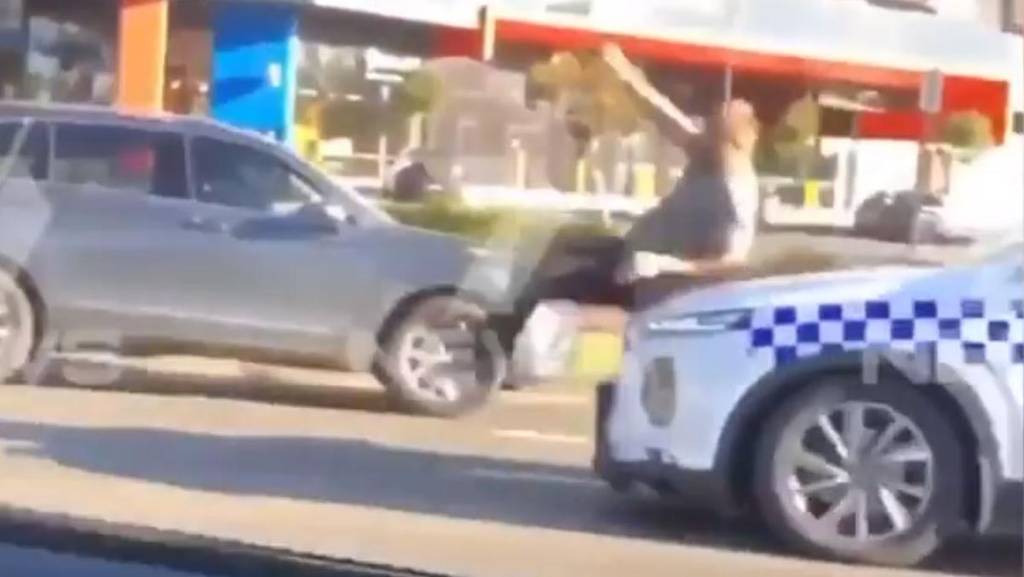 Victoria police are once again in the headlines after footage emerged of Melbourne officers knocking down a male (32) who appeared to be behaving erratically, followed by an officer stomping on the injured man’s head.

New video has shown Victoria Police driving at a man just moments before officers appeared to stomp on his head during an arrest.Full story: https://7news.link/2ZAC0Jl

Australian media outlets are reporting that father of three Timothy Atkins had fled a local hospital where he was being treated for a mental health condition, leaving staff there concerned about the man’s welfare. Atkins’ father, Glen, says police quickly found Timothy.

“He was suffering mental illness, he suffers from bipolar and [the hospital] couldn’t get him a bed. He rang his apprentice to pick him up and he ran out the front door to hop in the car. The hospital rang the police to apprehend him and two bystanders saw everything that happened,” Glen said.

“They rammed him with the car. He flew about three metres in the air. It’s just horrendous. The police have no right to do what they did. I couldn’t sleep last night because I was so upset. It’s disgusting. That policeman stomped on someone’s head that’s mentally ill.”

Following the incident with police, Atkins was then placed in a coma for CT scans. Announcing an investigation would be opened into the arrest, Victoria Police tried to explain their officers’ actions.

“Upon arrival, the male allegedly became aggressive and damaged a police vehicle whilst attempting to avoid arrest,” a spokesperson for the force said.

“During the highly dynamic incident a police officer was assaulted and OC spray was deployed before the man was arrested and subsequently taken to hospital for assessment. The arrest has been referred to Professional Standards Command for oversight.”

The incident follows a series of high-profile arrests among lockdown protestors in Victoria, with state premier Dan Andrews defending the measures being taken by police in the face of growing unrest.