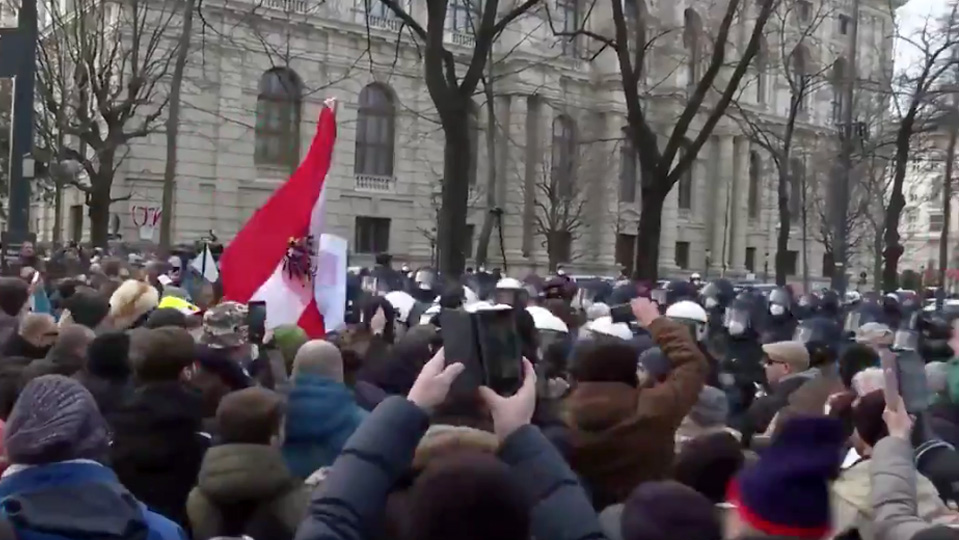 Countries across Europe saw anti-lockdown protests take place at the weekend with demonstrations in France, Spain, Italy  Denmark amongst other nation states.

In Denmark, protestors describing themselves as “Men in Black” protested in Aarhus, the country’s second largest city. The demonstrators chanted “Freedom for Denmar” and “We`ve had enough,” as they marched, claiming that the Covid-19 restrictions are a violation of their freedom.

Watch as hundreds of people march in a torch-lit anti-#lockdown protest in Aarhus, #Denmark, calling themselves the “Men in Black.”pic.twitter.com/adR1FvZo8L

Meanwhile in Perpignan, a protest authorised by the French authorities which represented culture workers rapidly became a party.

A rave is taking place in the city center of #Perpignan to protest against the health restrictions imposed by the government. #COVID19

In Vienna, Euro News reports that 10,000 protestors faced off against police in a banned protest against the country’s COVID-19 lockdowns. “Media are the virus” and “Kurz must go.”

In Brussels police arrested hundreds of demonstrators at two banned gatherings. Protestors said people were going hungry as businesses suffered in the lockdown.

Slovenians also protested at the weekend, as schools closed again, with parents saying the repeated closure would cause irreparable damage to their children.