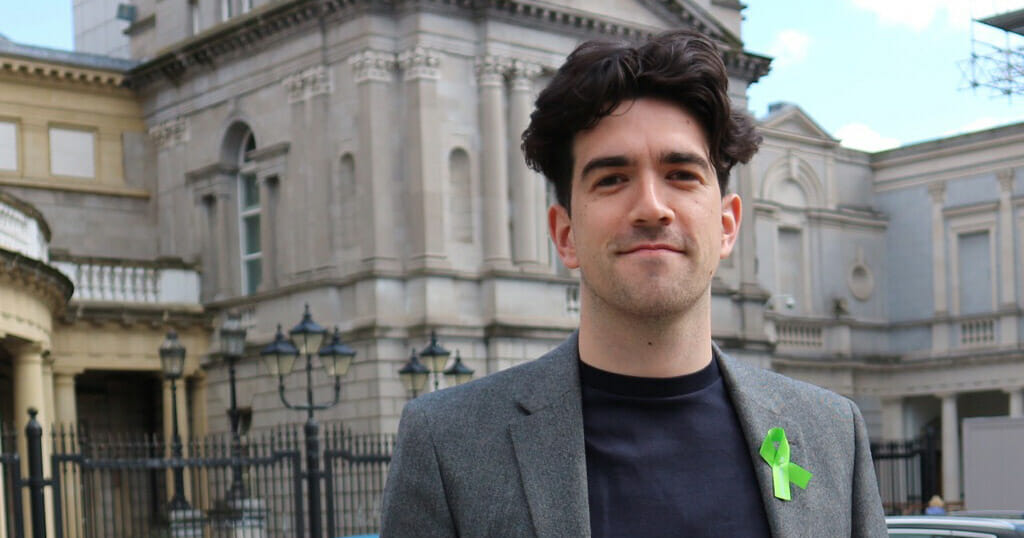 There’s been a lot of discussion over the last few years about so-called “fake news”, which is, for those of you who don’t know, the distribution of knowingly false material dressed up as news. Think about stories like “Barack Obama was born in Kenya”, or “The Lisbon Treaty is vital for jobs and growth”. That sort of thing.

And equally, “fake news” has become an insult in itself for facts that we don’t like. “A Sinn Fein Government will raise your taxes”? “Oh, that’s fake news”, you say, if you’re a Sinn Fein supporter. Fake news is a neat way to dismiss inconvenient arguments.

Earlier today, this website – Gript.ie – was called “fake news” by Sinn Fein Senator Fintan Warfield in the Seanad. Here’s his speech in full, where he makes several rebuttals to the arguments made by parents who oppose changes to the sex education curriculum. It’s both a free country, and important to hear both sides, so in the spirit of reporting the news, here it is:

Let’s be very clear here: Gript has covered the concerns of parents about this new curriculum for one very simple reason – nobody else will.

Senator Warfield says several things in that speech that deserve a response. He says, for example, that opponents of the new curriculum are “very happy for children to grow up without learning the things they need to know to stay safe”. He says that those opponents do not want children to learn about consent. He says that concerned parents are very happy for their children to grow up without understanding their own bodies, and to “feel shamed” about sex.

The Senator, when he says that claims that the new sex education will lead to statutory rape have been made, may well be correct. But this website has made no such claim. There is no doubt that parents, when denied information about the content of the curriculum, may imagine the worst, and may, from time to time, be wrong. This is an argument for a full national debate about the curriculum – not a reason to denounce anyone reporting parental concern as fake news.

The relationship between parents and children is founded, above all, on trust. Parents are, understandably, and correctly, protective of their children’s innocence, and their right to a childhood. Proposals to introduce children to one of the most defining elements of adult relationships – sexuality – at a very young age is naturally, and rightly, a cause for concern.

As editor of this website, my duty is twofold: To try and make sure that our content is engaging and accurate, and to make sure that there is a point to our existence in the first place. We are undergoing, very quietly, one of the most radical, state-led changes to the way we think about childhood, and what we expect children to understand, in the whole history of this island.

Gript will not apologise for reporting the concerns of parents and driving them to the top of the agenda. The Senator can call us “fake news”, all he wants, but it is our reporting, and not that of anyone else in the media, that might just, finally, be getting politicians to notice the fact that many parents are deeply disturbed by these unvetted, unfinished, and deeply worrying proposals.