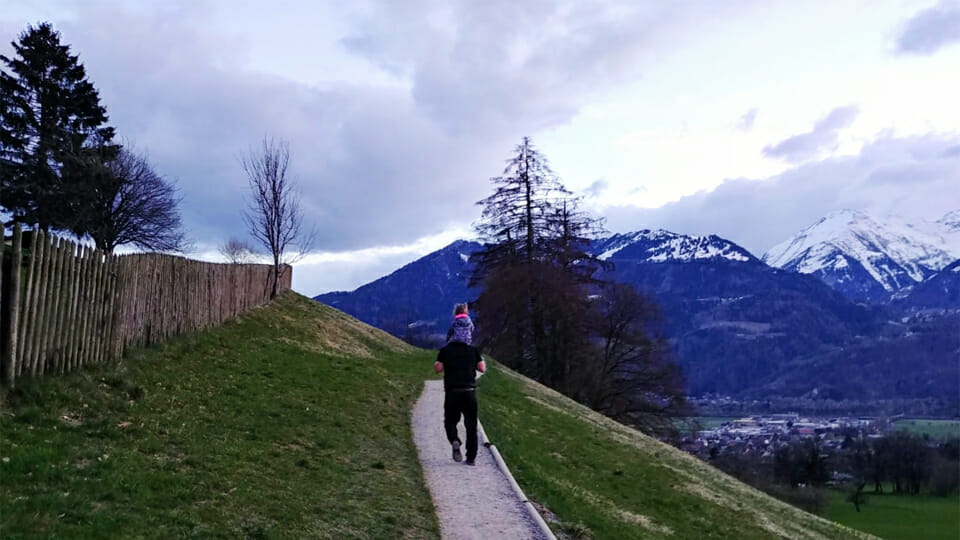 We came upon Heididorf by accident, while searching for a hotel between my meeting in Salzburgand my meeting in Zug. My wife spotted the sign for Maienfeld first. Why was that name so familiar?Perhaps it was the landscape, with the Alpine peaks rushing skyward all around us, but it struck me suddenly: Heidi. Maienfeld was the village in Johanna Spyri’s 1881 Swiss classic, Heidi, which I must have read a half dozen times growing up. A few miles down the road, and another sign confirmed it—we were in Heidi’s country.

We swung into the village, a lovely collection of windy cobblestoned streets, spires, and little shops that were just beginning to close. Rustic wooden signs pointed us up towards the mountains, and we headed out of the village up the mountainside. We cut through the meadows and farms just settling in for the night until we reached a parking lot with a large billboard informing us that Heididorf, the “original Heidi house,” was a short hike away.

I hoisted our daughter Charlotte on my shoulders, and she began pointing at things and chatting with great gusto as we headed up the path. The air was crisp and cold, and a church bell somewhere in the village pealed out clear and strong, echoing across the valley. At one and half, Charlotte was too small to have heard the story of the little girl who moves into the mountain home of her grandfather in the Alps, a story that was, as Spyri put it in her subtitle, for “children and those who love children,” but she was fascinated by the sheep bleating in the green pastures. She baaed enthusiastically back at them, and they looked briefly bewildered. 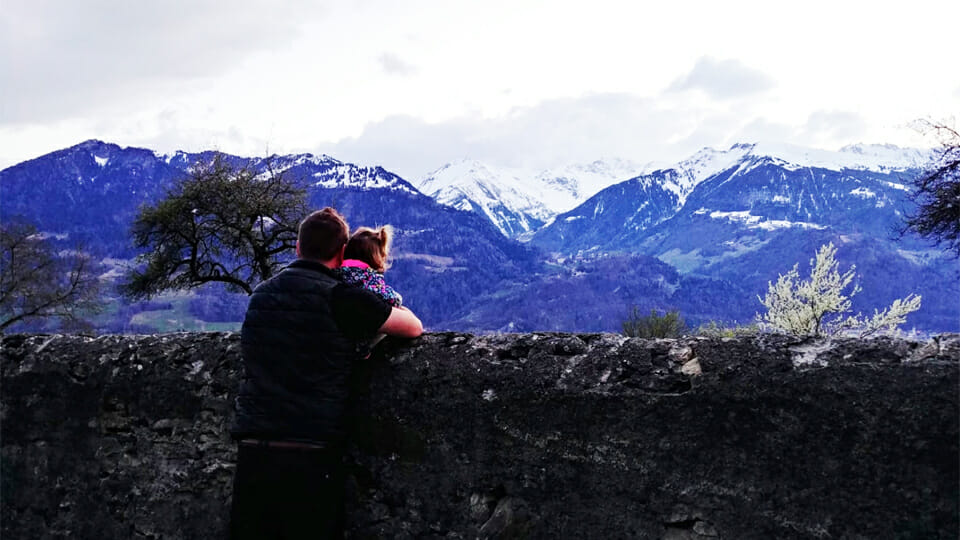 A short hike brought us to a simple white cottage with a brown wooden roof and a pen surrounded by low stone walls containing a small herd of goats, who jerked their heads up to peer at us, their neck bells jingling. Nearby was a little wooden sculpture of the immortal girl clutching one of her pet goats, and her scraggly black hair looked as if it had been tossed and tangled in the sharp wind. For her part, my little girl promptly attempted to climb on top of Heidi’s goat, shaking her own tousled hair out of her eyes. At Heididorf, Charlotte was right at home.

The cottage in the Alps, the sheep and the goats in the pasture, the air so cold and refreshing you could almost drink it—it made the story come alive. The mountains were nothing short of magnificent, and it seemed as if God put the peaks in place to draw our eyes upwards and remind us of His presence. Heidi, who constantly reminded her friends to remember to pray, certainly felt it keenly. The beauty of Heidi’s story is much like other little heroines of literature, like Laura Ingalls Wilder and Anne of Green Gables: The simple things are placed firmly in the centre of life. Just a little girl and a little boy and wildflowers and goats and pure mountain air. This simple story has lasted over a century—right into the age of smartphones, when lives like this have virtually vanished. 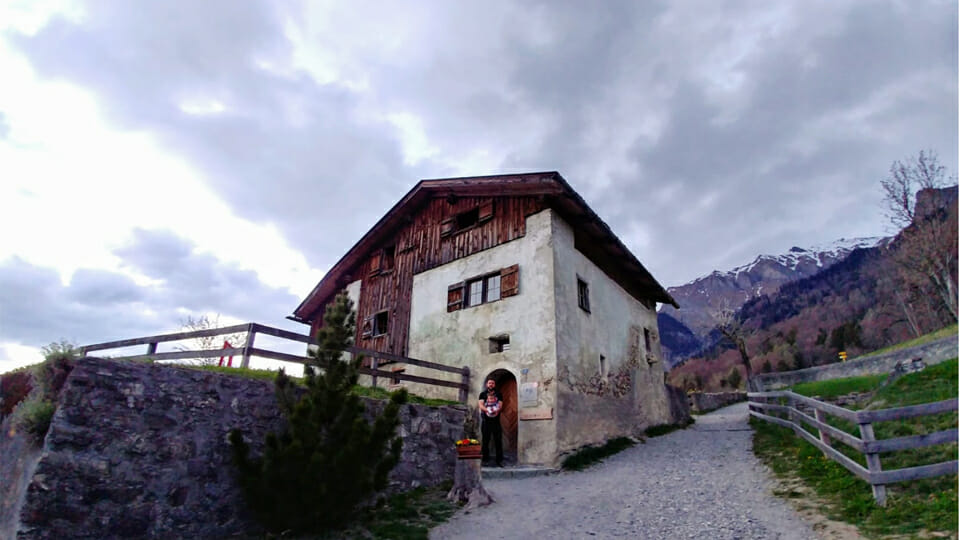 There is something about Spyri’s story that draws out a nostalgia in its readers, even those who have never experienced the sort of things she describes, and makes them long for it. They feel, in some ways, like Heidi did when she returned to her grandfather’s mountain home after leaving to live as a companion for a sick girl in Frankfurt: “It was so lovely, Heidi stood with tears pouring down her cheeks, and thanked God for letting her come home to it again. She could find no words to express her feelings, but lingered until the light began to fade and then ran on.”

The excitement in Charlotte’s face as she frantically pointed at each new sight reminded me of how I felt when I first read the story. I remembered, too, finding a copy of Heidi Grows Up years later as a teenager, written after Spyri’s death by her French translator, Charles Tritten. It wasn’t a bad book, really, but the magic was gone—although I couldn’t tell if that was because Heidi had, in fact, grown up, and that the innocence and pure simplicity of children on the mountain had vanished with their childhood. I remember thinking that it was a shame that Tritten hadn’t just left Heidi where she belonged, with Peter and her grandfather and her goats, instead of forcing her to age like the rest of us.

I thought, as I carried Charlotte on my shoulders down the darkening path and she rested her cheek on the top of my head and heaved a contented sigh, that this was all going to be over too soon. That in a moment or two, she would grow up and the simple things would give way to the inevitable complexities of being older. And I was reminded of a few lines by Ezra Pound, which stick with me often:

And the days are not full enough

And the nights are not full enough

And life slips by

Not shaking the grass