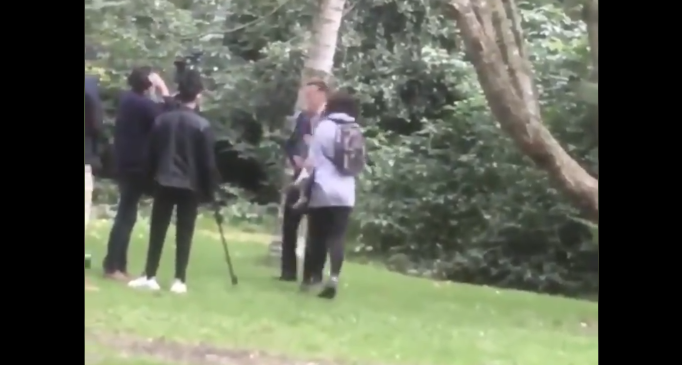 Jesus, this is a poxy thing to do, regardless of your political view. pic.twitter.com/f3cRpJ3xPV

Question: He’s the Tánaiste, the number two politician in the country, and an obvious target for those who are legitimately or illegitimately disgruntled. Why doesn’t he have security?

Anyway, Let’s be clear about this: It’s not justified, and it never is. You might not like his policies, but he’s the legitimately elected deputy leader of the country.

That person should be arrested and charged with assault.