Vaccine Update: Ireland on track to vaccinate 80,000 people a week 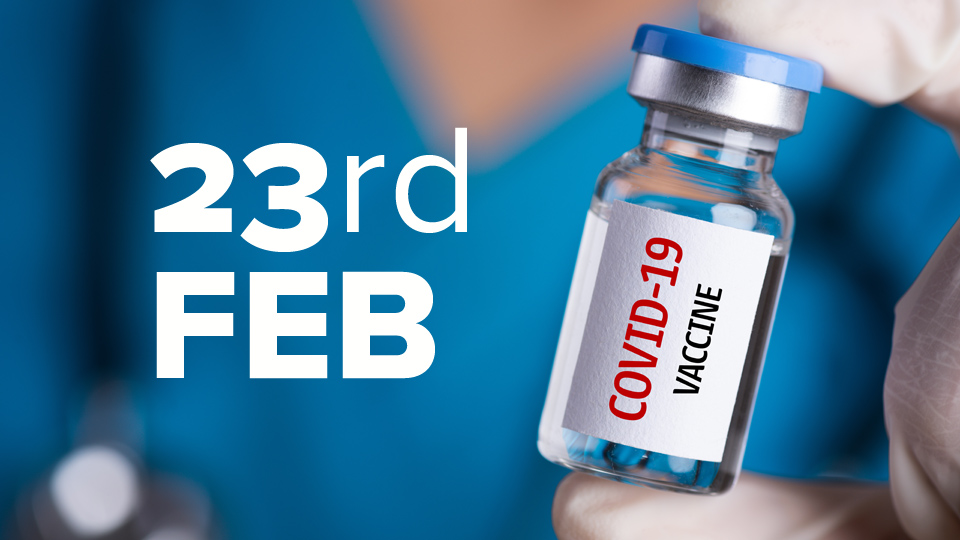 The latest available data shows that Ireland is strongly on track to vaccinate 80,000 people a week. Between Sunday the 14th and Saturday the 20th of February, the last day we have data for, 77,612 vaccinations were administered. 40,016 of those were first doses, with 37,596 being second doses.

Monday the 15th saw GPs begin to administer vaccines to people aged 85 and older, who are part of “Cohort 3” in the Government’s vaccination schedule. The CSO estimates that there are 490,000 people to be vaccinated in Cohort 3; 13,791 of these had received their first dose as of the 20th.

Daily reporting of vaccinating numbers only goes back to the 3rd of February, meaning that the 9th of February is the earliest day from which we can show seven-day vaccination averages. On the 9th of February, the average daily number of doses administered was 5,628, with 39,393 doses having been administered between the 3rd and the 9th. Those numbers declined day-on-day until the 14th , a day on which only 2,710 doses were administered, when they began to move upwards again until the 17th, when they reached 16,439. Numbers have fallen slightly since then, but remained relatively stable.