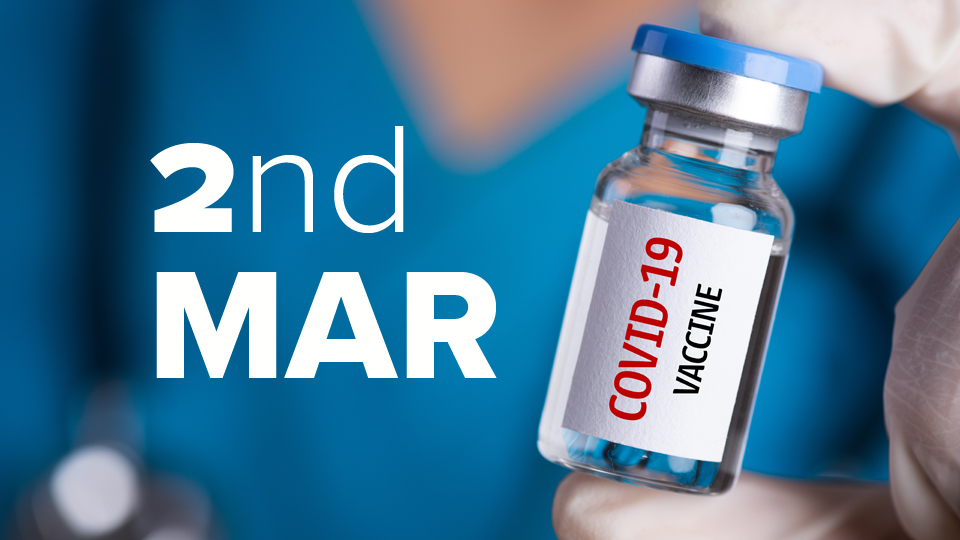 The Government appears likely to have missed its target of administering 100,000 vaccine doses last week. Between Monday and Saturday 77,557 doses were administered, a daily average of 12,926. Due to a delay in the release of data released we don’t yet have data for Sunday and so cannot give a final figure for the week.

The 5-day average, running Monday to Friday, was up 14% against the previous week, but hitting the weekend target would have required an increase of 480% over the numbers seen last weekend. Doses administered fell by 54% between Friday the 26th and Saturday the 27th. To hit the target of 100,000 the Government will need to have administered 22,443 doses of vaccine on Sunday, nearly 11 times more than they administered on Sunday the 21st.

If the numbers fall below 100,000 it will be the second consecutive week the Government have failed to meet their targets. Between the 15th and the 21st the Government had promised to administer 80,000 doses of vaccine, but the poor weekend performance saw us only administer 78,695. There was some confusion on this point, as the COVID hub data uploaded by the Government seemed to show they had hit the 80,000 target, but the more accurate data from the HSE’s IIS shows it was actually missed.

Monday the 15th saw GPs begin to administer vaccines to people aged 85 and older, who are part of “Cohort 3” in the Government’s vaccination schedule. The CSO estimates that there are 490,000 people to be vaccinated in Cohort 3, which also includes those 70 and older who are not in long-term residential care. 49,813 of these had received their first dose as of the 27th.

Seriously: How will Ireland cope with a Coronavirus outbreak?