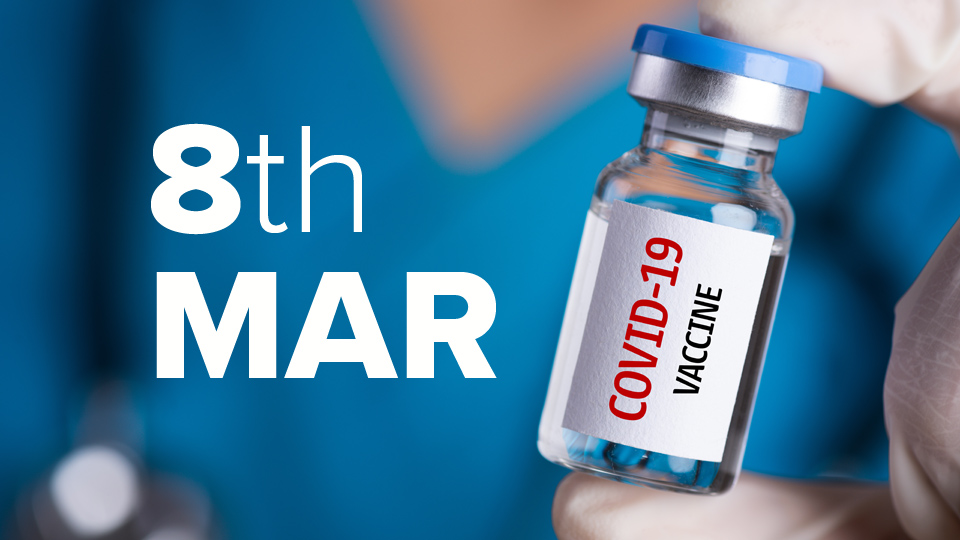 The number of vaccines administered Monday to Friday fell compared to the previous week. The current rate of administration means it is highly unlikely that we will hit the Government’s vaccination target for March.

The Government has said that they will aim to administer 84,000 doses next week. Hitting that target will mean we will likely have administered somewhere in the region of 600,000 doses by the 15th of March.

That gives us 17 days to administer another 650,000 doses in order to hit the Government’ target of administering 1,250,000 doses by the end of March. Doing that would require us to administer 38,235 doses a day on all 17 days, more than three times the current rate.

The Government has begun to say that targets are being missed due to issues with vaccine supply, particularly the AstraZeneca vaccine. However, the Government had previously said that delays in the AstraZeneca supply had been accounted for when determining the target. It also appears that we will miss the target by a far-greater amount than could be explained as being due to delays with AstraZeneca.

Monday the 15th saw GPs begin to administer vaccines to people aged 85 and older, who are part of “Cohort 3” in the Government’s vaccination schedule. The CSO estimates that there are 490,000 people to be vaccinated in Cohort 3, which also includes those 70 and older who are not in long-term residential care. 92,113 of these had received their first dose as of the 5rd of March.