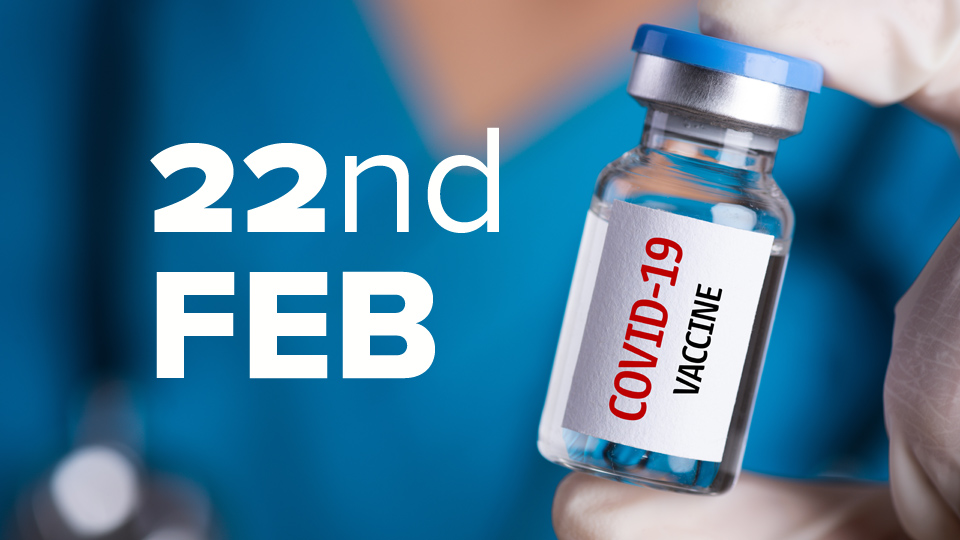 Ireland’s vaccination numbers continue to rise with 71,730 vaccines administered between Saturday the 13th and Friday the 19th of February – the last day we have data for. 36,267 of those were first doses, with 35,463 being second doses.

The average number of doses administered per day has nearly doubled since the it first became possible to put together 7-day vaccination averages on the 9th of February.

The daily average number of total doses administered is now 10,427, with 14,120 vaccines having been administered on the 19th.

Monday the 15th saw GPs begin to administer vaccines to people aged 85 and older, Cohort 3 in the Government’s vaccination programme. The CSO estimates that there are 490,000 people to be vaccinated in Cohort 3; 11,623 of the people in Cohort 3 had received their first dose as of the 19th.

Daily reporting of vaccinating numbers only goes back to the 3rd of February, meaning that the 9th of February is the earliest day from which we can show seven-day vaccination averages. On the 9th of February, the daily average number of doses administered was 5,628, with 39,393 doses having been administered between the 3rd and the 9th. Those numbers declined day-on-day until the 14th , a day on which only 2,710 doses were administered, when they began to move upwards again until the 17th, when they reached 16,439. Numbers have fallen slightly since then, but remained relatively stable.