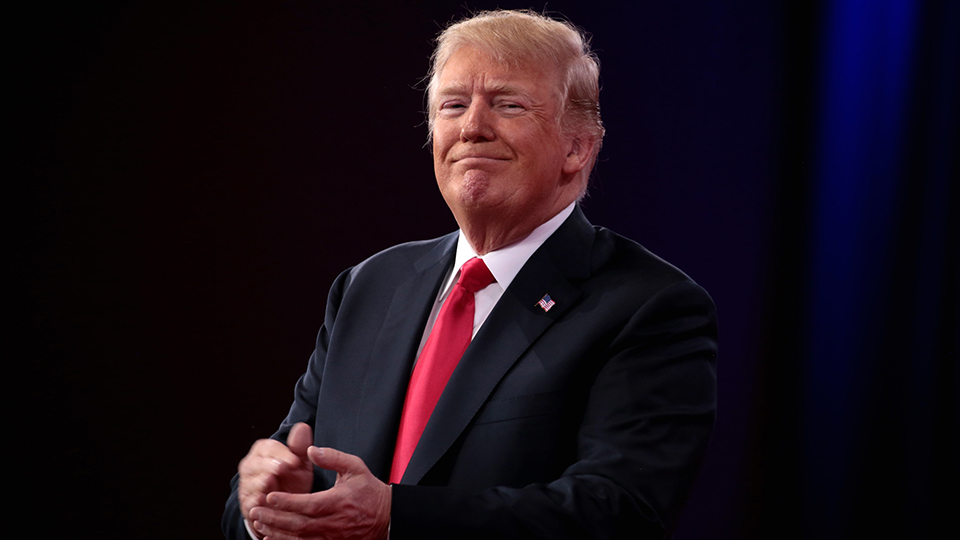 Polling over the last few months in the US election has been fairly consistent: Donald Trump’s goose is well and truly cooked. It’s not just one pollster either – it’s been all of them. An approval rating stuck in the very low forties, and states like Texas and Georgia, which have always been rock solid Republican bastions, drifting towards Joe Biden.

The cause of it has been clear too: The polls show that Trump, who won in 2016 thanks to huge support from older voters, has been suffering massively because of Coronavirus, particularly amongst older voters who are the most vulnerable to the virus. And the consensus in the polls has been that while the voters trust Trump on the economy, they generally regard his handling of the Coronavirus as having been a disaster.

And it has, of course, been a disaster, both from a policy, and a political, point of view. The US leads the world in cases, which is bad enough, but other countries with a high case number haven’t seen the same political backlash for the person in charge. Boris Johnson, for example, in the UK, has not seen a massive hit in his approval ratings – in fact, he still leads in the polls comfortably.

But then, Boris Johnson was very clear from the start that “many people would lose loved ones” – and didn’t ever seem to underestimate the threat of the virus. From day one, Trump took the opposite approach, saying that “it would be just fine”, as this Democratic ad makes clear:

A devastating look at the death toll juxtaposed with Trump’s lies and false assurances. It didn’t have to be this way. pic.twitter.com/UhIPGFx2Bt

But for all the things going against the President, there are two things in his favour:

First, that America is a remarkably polarised country. No matter how badly a sitting president is doing, he can probably muster nearly half the country to support him in an election, so it is likely, based on nothing other than past elections, that the gap will narrow a lot between now and polling day.

And second, via a new poll from Ipsos, that his voters are just more enthusiastic:

Supporters of President Trump are more enthusiastic about their candidate than those who back presumptive Democratic presidential nominee Joe Biden, according to a new poll.

In The Associated Press-NORC Center for Public Affairs Research survey, 42 percent of Trump supporters polled described themselves as excited heading into the election, while 31 percent of Biden supporters said the same.

Nearly three-quarters of Biden’s supporters, 72 percent, also described themselves as anxious about the election, compared to 52 percent of Trump backers who said the same.

And 65 percent of Biden supporters surveyed said they are frustrated about the upcoming election, compared to 45 percent of Trump supporters.

That’s not the only poll to show Trump bouncing back a bit, either, with a new series of battleground polls showing him – very significantly – pulling to within 3% of Joe Biden in Minnesota, a state won by Hillary Clinton. Why does that matter? Well:

But that’s the interesting part. The one state that’s grown more pro-Trump since May happens to be a Hillary state. It’s Minnesota, which the president came within a point and a half of winning four years ago. Give Biden Michigan, Wisconsin, Pennsylvania, and every Hillary state *except* Minnesota and … Trump wins a second term, by the narrowest of margins. In fact, if we assume that “shy Trump voters” are worth, say, four extra points for POTUS in every battleground, the election as captured in the Morning Consult numbers would be very close.

Trump does have some margin for error in the election, and the race is much closer in the battleground states than it is in the country as a whole. If he could somehow narrow the national gap by five or six per cent over the next six weeks or so, then he’s in with a fighting shot.

But then he’d probably have to avoid this kind of nonsense, moving forwards:

"I thought her voice was an important voice, but I know nothing about her," President Trump says of the video he retweeted where a woman claims masks don't work & there's a cure for Covid-19. Instead of explaining the contradiction given he's endorsed masks, Trump left the room. pic.twitter.com/k8jKdrI1oz

Tension rise between India and China as troops move to Ladakh

Biden stabs union members in the back