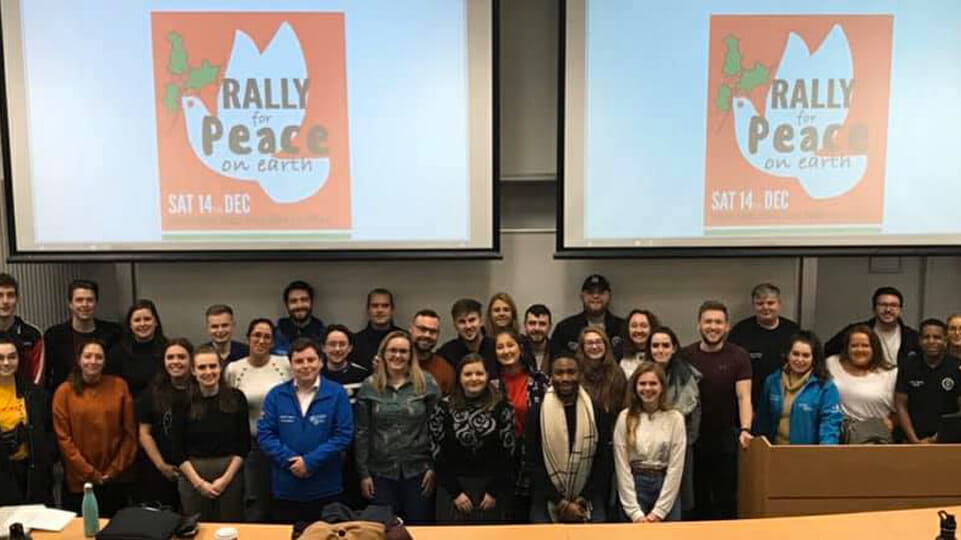 New audio has emerged which seems to reveal a high-ranking member of the Union of Students Ireland (USI) expressing support for bugging a Young Fine Gael student meeting. The USI, which claims to be a representative body for 374,000 students across Ireland, has since announced an investigation into Michelle Byrne, the Union’s Deputy President, as a result.

The recording has come to light as part of the Burkean’s “Irish Antifa Project” – an investigation into the links between Leftwing extremism and the institutions of power in Irish society. For the project, undercover journalists at the Burkean – a conservative student publication – posed as far-Left Antifa radicals and documented their interactions with various authority figures both on and off campus.

In the released recording, the undercover journalist can be heard saying “We’re just aiming to bug this flat and ruin these YFG people, and hopefully they’ll never enter our body politic at all. You’re good with that and we’ll keep in contact if needs be?” Byrne can be heard replying “Yeah, yeah, and I’ll send you over an email for the legal stuff”.

This is the second leak by the Burkean in a week regarding the USI. A recording released mere days prior seems to show Byrne’s willingness to hand over the names of students for what she called a “watchlist”, even after the journalist posing as a member of Antifa said they wanted to “slap them around”. “Nobody can know you got the names from me”, said Byrne in the recording.

The USI’s President, Lorna Fitzpatrick, told The University Times: “USI is aware of this matter and is currently engaging in its internal processes to investigate it.”

However, the Burkean said of this through their @IrishAntifa twitter account, “Regarding the USI, it should be noted literally the entire USI executive fell for the account, not just (Melissa Byrne). Kind of makes a mockery of their internal investigation or them saying they weren’t aware. Their entire seniority knew and assisted this account. Audio, emails and screenshots to come.”

They continued: “The organisation is compromised and should be scrapped in any sane society.

“These people are ethically bankrupt and a danger to students. Assisting a violent group and abusing your position to do so isn’t something you can worm out of consequences. This isn’t just Byrne, they were all caught with pants down.”

The Burkean says that there are more clips on the way and it remains to be seen what will be revealed in the coming weeks.