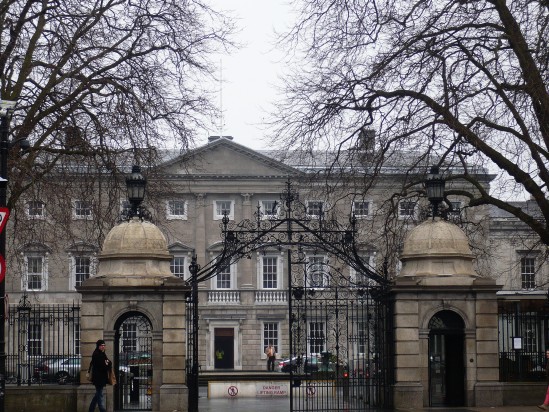 Speaking across the Dáil chamber in 1962, the formidable TD John McQuillan described the Minister for Justice, Charlie Haughey, as someone who was “unhelped, unprotected and unloved.”  Even at this early stage, it is a political characterisation that could be easily and fairly applied to the current government.

Unhelped by a series of self-imposed gaffes and tin eared policies, it has limped out of the starting blocks at a time and during a crisis, when ‘hitting the ground running’ seemed like the only possible option for parties hungry for government.

Unprotected? Without a doubt and from no less a source than then their own respective internal memberships. The infighting, the public airing of ministerial grievances; the pulling away of the veil of public service to reveal naked political ambition has only served to confirm and deepen the worst of political clichés.

Unloved? Who can deny it? Hardly a week has passed since the formation of the coalition when a ‘senior government source’ has not engaged in the kind of briefing against their supposed partners that shrieks of buyer’s remorse.

Indeed, we are now at a point when the only thing that has shown itself capable of halting the continuation of this shambolic political theatre has been the fortuitously timed Summer recess.

Let us imagine for a moment that this carnival of political calamity was taking place in September. Would it be unreasonable to suggest that we would be looking at the prospect of all-out governmental collapse? I hardly think so. Does all of this mean that there is no prospect of less chaotic and more stable governance returning after the Dáil break? Of course not.

In fact, on a more sympathetic reading of the situation it remains possible to appreciate that the seismic political events of the last number weeks, including the ‘formal’ alliance of Fianna Fail and Fine Gael will eventually come to resemble something like ‘normal politics.’

It is incredibly important that this happens given the scale of the challenges we are facing. For instance; what would it mean to have a dysfunctional government here at a time when the soundings around Brexit are becoming more dire by the day?

There is also the very real prospect that the budget in October will lead to the kind of deep social divisiveness that Leo Varadkar warned about back in April when he spoke to the Atlantic Council in the United States. The sense of overwhelming social cohesion and solidarity that has developed over the course of the current crisis would be lost.

Of course, there are ample signs that the broad parliamentary unity that has been so much on display is already fraying in light of a return to the ‘politics as usual’ approach of the last few weeks. But there is no real reason, beyond a fatalistic belief in the inevitability of such things, to think that this rot cannot be ameliorated to at least some degree.

We are far from being out of the Covid woods, to say nothing of potential international crisis like a Eurozone area that may yet enter deep recession with all that implies for our outward looking economy.

These are only some of the reasons why a commitment to continue in a consensus-driven mode of politics will serve us better than a return to the rancorous and socially polarising form we had become accustomed to in the pre-Covid era.