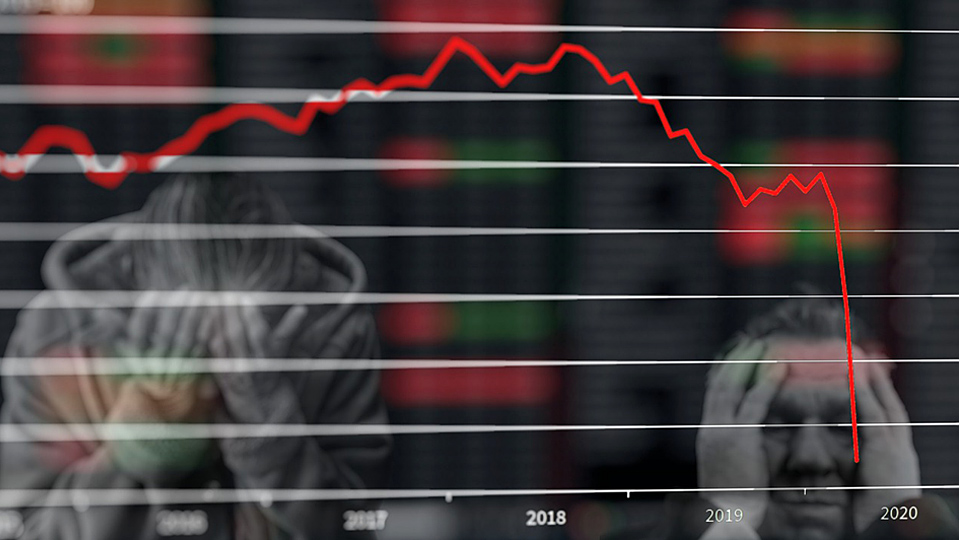 New figures show that Britain has crashed into the worst recession in its history, with the country’s economy diving by 20.4% between April and June this year.

Experts warn that the crash in Britain’s GDP for the April-June period is the worst since records began in 1955, with unprecedented drops in services, production and construction.

The Office for National Statistics said that the UK’s economic output fell by a cumulative 22.1% in the first six months of 2020 – double the 10.6% downturn recorded in the United States, and worse than other European nations.

“The larger contraction primarily reflects how lockdown measures have been in place for a larger part of this period in the UK,” the ONS reported.  Millions of workers were furloughed and many have since been laid off. Household spending hit a new low in the second quarter of the year.

The ONS said that  the easing of the lockdown in June gave the economy an immediate boost. Britain has been slower to ease the restrictions than other European nations.

“Today’s figures confirm that hard times are here,” UK finance minister Rishi Sunak said in a statement. “Hundreds of thousands of people have already lost their jobs, and sadly in the coming months many more will. But while there are difficult choices to be made ahead, we will get through this, and I can assure people that nobody will be left without hope or opportunity.”

Ireland too, is set to face a serious downturn in  the economy  as forecast by Economic And Social Research Institute:

“Our Baseline scenario (which is considered the most likely to occur) follows the government roadmap for reopening through to August…In (this) scenario real GDP declines by 12.4 per cent this year. This compares with a decline of 17.1 per cent in the Severe scenario and an 8.6 per cent fall in the Benign scenario.

Regardless of the scenario, the Irish economy is set to experience the largest annual decline in its history.”