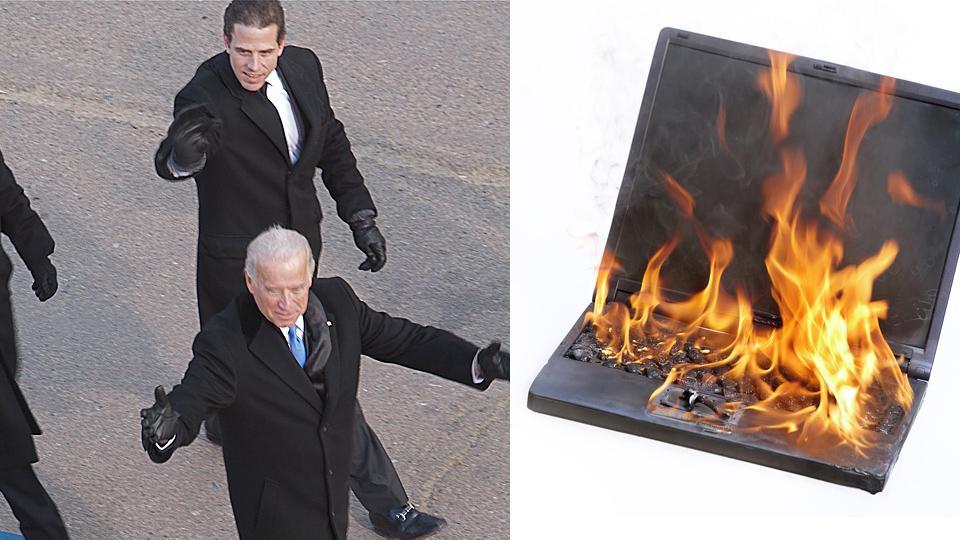 I’ve seen some strange things during elections but this American Presidential contest surely trumps all, pardon the terrible pun.

At 1am Irish time, a joint news conference was held by the Director of National intelligence, John Ratcliffe and FBI Director Chris Wray. A few hours later as people here slumbered and Americans on the east coast prepared to hit the hay, came another bombshell. This report stated that the FBI had subpoenaed the laptop belonging to Joe Biden’s son Hunter as part of a wider investigation into money laundering Perhaps the real bombshell, however, is that the investigators have sat on it since 2019.

The Democrats are reeling over all of this, but you would not get that impression from RTE whose coverage by Brian O’Donovan would never be allowed on air if it was purportedly part of news reporting on an election here. Although they did clearly and openly exercise the same level of bias in the abortion referendum here.

The Democrats have claimed that the laptop, images and emails contained are part of a Russian plot to discredit Joe Biden. This has been dismissed by Ratcliffe, so whatever the laptop contains it has nothing to do with Russia.

At the press conference in the early hours of our morning, Director Ratcliffe confirmed that the intelligence services had uncovered evidence that Iran had mounted an operation to “intimidate voters, incite unrest, and damage President Donald Trump.”

He was referring to emails purporting to emanate from the Proud Boys which were sent to registered Democrat voters in key states such as Florida threatening them if they did not change their votes. According to the intelligence services, these emails were part of a sophisticated attempt by Iran to damage Trump, and by extension elect Biden.

Ratcliffe went on to describe the operation as “desperate attempts by desperate adversaries.” How this ties in with what is alleged to be on Hunter Biden’s laptop, and as confirmed in the Senate investigation, whose report was published at the end of September, is that the Bidens and the Democratic Party leadership are deeply compromised by financial dealings with Russia and China.

It is clear then in whose interests Russia – who Ratcliffe and Wray also state have information available to influence the election – Iran and China are working. If this is true and it gets out to voters before November 3, then Biden is finished. The Democrats and their friends in the social media corporations and mainstream media realise this and have been desperately attempting to suppress it as over 30 million Americans have already cast their ballots,

Online forums have banned and hidden information on Hunter Biden and extraordinarily, last night CNN completely ignored the press conference that revealed what the intelligence services had discovered with regard to electoral fraud. The Lincoln Project which purports to be a pro Biden Republican fundraiser – whose appeal for money has been circulated here as a matter of interest –  quickly removed their stories based on the Iranian operation which indicates that they have perhaps something to hide.

During all this Biden has to all intents and purposes disappeared from the wider public eye.  Some are wondering if the man who wants to be President will turn up for the debate tonight. Yesterday’s appearances by former President Obama look almost like a surreal attempt to re-run his campaigns of 2008 and 2012. The Biden campaign has become a Trojan horse for all manner of people – some of them crooks and subversives.

The debate later today, beginning at 2am our time if it does happen, will possibly be Trump’s last chance to get all of this out to a wider audience. It seems extraordinary that the President of the United States is facing the same sort of corporate media and intelligence manipulation that one would normally associate with elections in places like Russia and Iran. That, however, would appear to be what is happening.

Whatever you may think of him, I would suggest that the old adage regarding the enemy of my enemy is as valid a basis for judgement as any.

America’s opioid epidemic is affecting the next generation

Who’s responsible for the latest tragedy in Ethiopia?