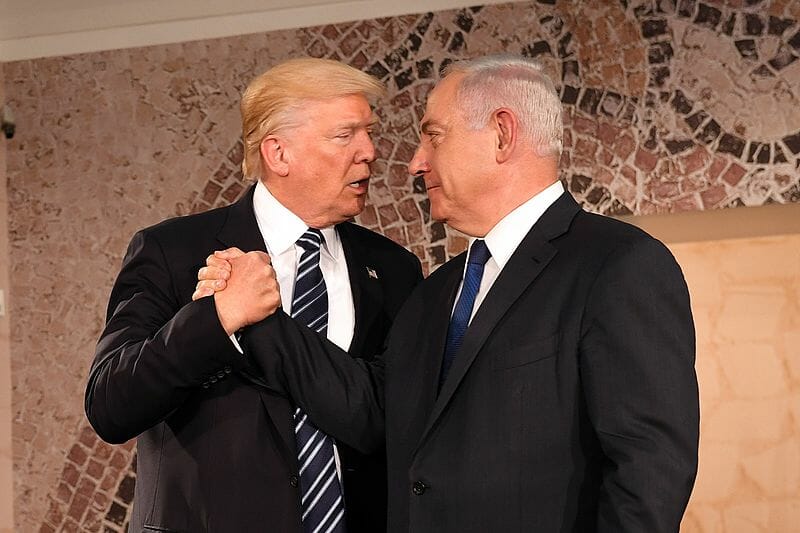 Donald Trump has said no Israelis or Palestinians would be uprooted from their homes if his Middle Eastern peace plan was adopted by both sides, but a proposed Israeli annexation of West Bank settlements might prove to be the biggest sticking point in the proposed two-state solution.

The peace plan, which was drafted by Trump’s son-in-law Jared Kushner, is the president’s most significant attempt so far to end one of the world’s most contentious conflicts, but Palestinian leaders have been quick to dismiss the proposal as being skewed in Israel’s favour.

They point out that swathes of  the West Bank would be permanently lost to Israeli rule, whilst a ban on the formation of a Palestinian army would impinge on their sovereignty.

“The US administration will not find a single Palestinian who supports this project,” the Palestinian foreign ministry said on Sunday after seeing a leaked version of the proposal. “Trump’s plan is the plot of the century to liquidate the Palestinian cause.”

Trump however claims the plan would double the size of Palestinian territory and put the nation on a path to economic success, but the permanent loss of most of Jerusalem as part of Palestine, along with the loss of parts of the West Bank, makes any chance of reaching an agreement quite unlikely.

The US president, who ended his country’s bilateral aid for Palestinians after recognising Jerusalem as the capital of Israel, said that Palestinians “deserve a far better life” and that his plan is a “historic opportunity for the Palestinians to finally achieve an independent state.”

“Today, Israel takes a big step towards peace…Palestinians are in poverty and violence, exploited by those seeking to use them as pawns to advance terrorism and extremism.”

Calling the proposal the “deal of the century”, Mr. Trump presented his plan to the media this morning in Washington along side Israeli PM Benjamin Netanyahu.

Netanyahu, who has just been indicted on corruption charges in his home country, lauded President Trump as “the greatest friend that Israel has had in the White House”.

“The deal of the century is the opportunity of a century, and we’re not going to pass it by,” he insisted.

The US recently changed it’s policy on Israeli settlements in the West Bank, with Secretary of State Mike Pompeo saying in November that the Israeli incursion into Palestinian land was consistent with international law.

China jails whistle-blower who reported truth about Covid in Wuhan