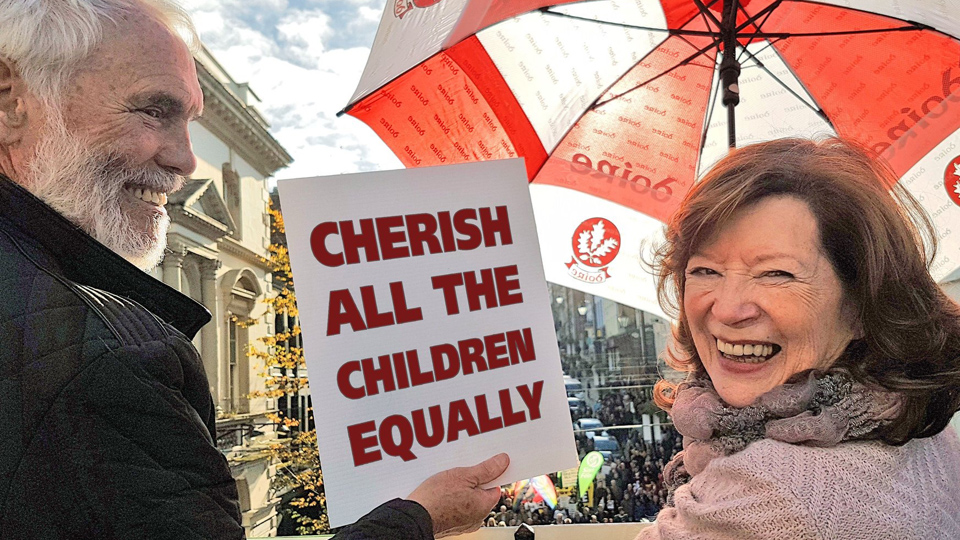 Francie Brolly, the well-known singer, musician, teacher and republican activist has died suddenly in his home in Dungiven Co Derry.

News of his passing  was greeted with sadness among people in Derry and within the
wider community.

With his wife Anne, he was a renowned musician, singer and songwriter, and the couple toured and recorded extensively together over the course of a long and devoted marriage. He was immersed in preservation and promotion of Irish traditional music, song and dance and was a fluent and enthusiastic Gaeilgeóir.

He was perhaps best known for his ballad about the blanket protest in the H-Blocks. The song is perhaps the most powerful to emerge from the conflict and expresses the feelings of people who had been forced into an ultimately tragic war.

He was later elected as a Sinn Féin MLA for Derry.

He and Anne Brolly left the party over its support for abortion and were founding members of Aontú. Francie contested the local elections last May as an Aontú candidate.

Party leader Peadar Tóibín paid tribute to Francie as a longstanding republican who like others
took a stand on an issue of principle.

He said that he had been a “strong and active elected representative for the people of East Derry, a man of faith and an Irish Republican who worked so hard for the unity of the Irish people.”

“He had a great warmth, political insight and he stood strongly for his principles. He was founding member of Aontú and his passing is a great loss to all of us. H

“He worked so hard for the unity of the Irish people. He was a lovely man of great warmth and fun. He had tremendous political insight and he stood up for his principles. He was founding member of Aontú and his passing is a great loss to all of us.”

Youth for Life NI paid tribute to a man they described as a pro-life hero.

“We are so sad to hear of the sudden passing of pro-life hero, Francie Brolly,” they said. “Our thoughts and prayers are with his wife Anne, children, extended family and friends at this devastating time.”

“Francie was very kind, upright, faithful and inspirational husband, father, teacher, musician, politician and man. He was a man of great faith and principle who sacrificed so much in the cause for justice. He did so much work to protect preborn children and their mothers and fathers. We must all continue his legacy to ‘cherish all the children equally.’

“His passing is a great loss to all of us – past, present and future generations. He will not be forgotten.”