‘Transphobic f**k’: Ferocious attack on JK Rowling is being led by the media 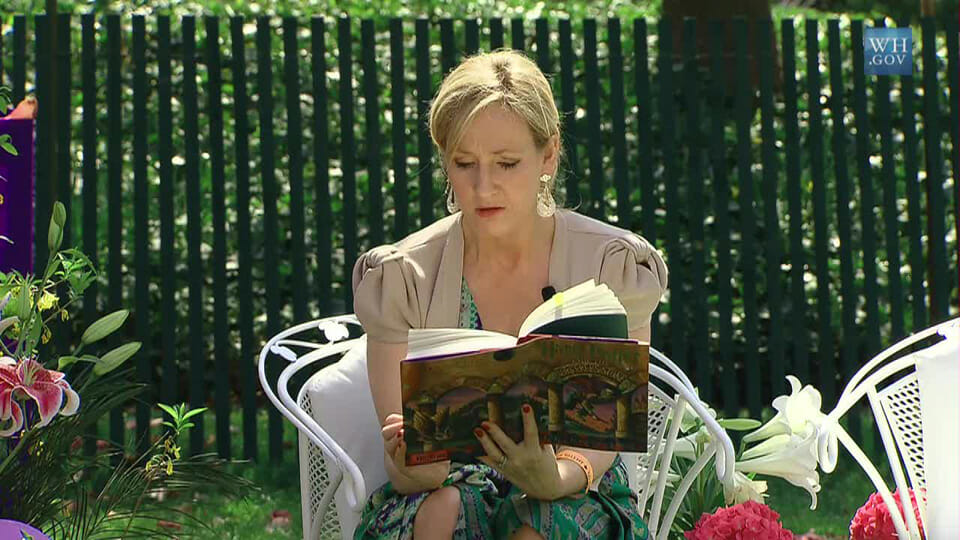 Harry Potter author, JK Rowling, is a “complete scum” and a “transphobic f**k”.  according to trans activists and the mob that follows them. She’s been told to “die in a hole” and that she’s a “c**t”literally thousands of times in the past two days.

The abuse is personal, vindictive and pretty horrendous – and it’s all being hurled by the same people who preach that #LoveisLove and that we need to #BeKind.

Many of the comments are threatening: Rowling is a “hag” who is told repeatedly by self-styled champions of compassion that she needs a smack or that she should “suck my c**k and choke”.

Some of these people describe themselves as ‘feminists’, but only of the ‘trans-inclusive, intersectional’ kind, which seems to be shorthand for saying that it’s acceptable to abuse, threaten and troll women who disagree with you.

It’s notable that many of these haters are not faceless or anonymous accounts, they are clearly part of the media and political establishment which is manufacturing hate against the Harry Potter author. Here’s just one example – a Senior Creative named Ben O’Keefe who works for Senator Elizabeth Warren and MTV News and who said  Rowling was a ‘transphobic f**k’ who should ‘shut the f**k up”.

This woman is complete scum. Shut the fuck up you transphobic fuck. You don’t know or love any trans people if you won’t even acknowledge their existence. Thanks for ruining the books of my childhood. Just stop talking. We know you’re a TERF. You don’t need to keep doing this. https://t.co/rOabCFMCrq

Columnist Sarah Ditum compiled a list of screenshots  of some of the abuse against Rowling. You’d want a strong stomach to read it all but its notable how much actual, as opposed to imaginary, toxic masculinity from aggressive trans activists is on view. This rank misogyny is acceptable, of course, because the woman at whom the vitriol is aimed at has broken the new commandment: thou shalt not point out the obvious when it comes to human biology.

So far, so Twitter, you might think, though even an hour looking through this river of hate would actually make you nauseous. But the truth is that all the trending hashtags in the world aren’t responsible for driving this frenzied response, the mainstream media is.

The media headlines mostly presumed Rowling’s ‘guilt’ – or repeated allegations of ‘transphobia’. It’s worth reminding ourselves what crime Rowling committed: she pointed out how daft a headline was which referred to ‘people who menstruated’ and said that the biological reality was that men don’t have periods.

“JK Rowling’s transphobia shows it’s time to put down the pen” thundered the Washington Post. This is typical of the intolerant liberal-left: there will be no right to disagree, only a public flagellation and a lifetime of ignominy if you disagree with the accepted narrative.

Sky News breathlessly reported that “JK Rowling faces online backlash over ‘anti-trans comments”, as did hundreds of other media platforms, ensuring that viewers believed the author was guilty of some awful crime hating on transgender people.

When Daniel Radcliffe (one of the most insipid and annoying actors of his generation, against some tough competition) joined in the attacks on Rowling, that supplied the media with another round of condemnatory headlines.

“Daniel Radcliffe criticizes J.K. Rowling’s anti-transgender Tweets,” wrote the New York Times – siding themselves with the trolls online who charged the author with being “anti-trans” and framing the narrative that a peefectly reasonable observation makes you guilty of a hate-crime.

Some of Radcliffe’s thespian mates, most of whom owe their success to the Harry Potter franchise, are now also jumping on the bandwagon which should keep the carousel of condemnation spinning for another while.

It’s what a friend of mine in Cork calls ‘ratcheting up the hate’.  And it’s done headline by carefully constructed headline under the pretence of reporting news. It’s the manufacture of a media storm by the same people who wonder why no-body trusts them anymore.

This sort of Slytherin-type carry-on is what ordinary people have come to expect from the media, but it is still extraordinary to see how quickly the rights and safety of women are tossed aside for the latest shrill, manufactured outrage from some trans activists.

The aim of the hysteria is to silence Rowling, and probably to try to destroy her, because she dares, in a supposed free society, to have her own opinion. This is despite her being  a life-long progressive liberal on every issue under the sun, and agreeing with her detractors on 99.99% of the issues and their reaction is even more telling in that context. They’ll hate her for putting a single toe across the line on a single issue. It’s rigid conformity or death.

The spite of progressives, of course, knows no bounds, and they have a long history of vindictively seeking to ruin the lives of anyone who has the temerity to disagree with them in any way – for saying that women’s safety, for example, trumps the right of biologically-male, convicted sex offenders to be housed in women’s prisons.

It’s worth noting that Rowling’s issue here is with the push by trans activists to abolish gender – to say that being a woman is a social construct, that gender is non-binary and that there is, in fact, no such thing as gender. She, along with many others, believe this is ‘erasing’ women and harming them, especially given women’s long struggle for equality. They also point to the aggressive and sometimes physically violent opposition to their views from trans activists as evidence of misogyny.

It doesn’t look like Rowling is for backing down, however. “If sex isn’t real, there’s no same-sex attraction,” she wrote. “If sex isn’t real, the lived reality of women globally is erased. I know and love trans people, but erasing the concept of sex removes the ability of many to meaningfully discuss their lives. It isn’t hate to speak the truth.”

“I’ve spent much of the last three years reading books, blogs and scientific papers by trans people, medics and gender specialists,” she wrote. “I know exactly what the distinction is. Never assume that because someone thinks differently, they have no knowledge.”

Be that as it may, the lunatics are definitely running the asylum when biology is now described as bigotry, and when a famed and beloved author can’t point out the obvious without being hounded by the media and by crazies on Twitter. It’s like Rita Skeeter and Dolores Umbridge have been put in charge of the Ministry, and most people are too afraid of the Dementors to point out the obvious.

Making sense of the assault on Capitol Hill