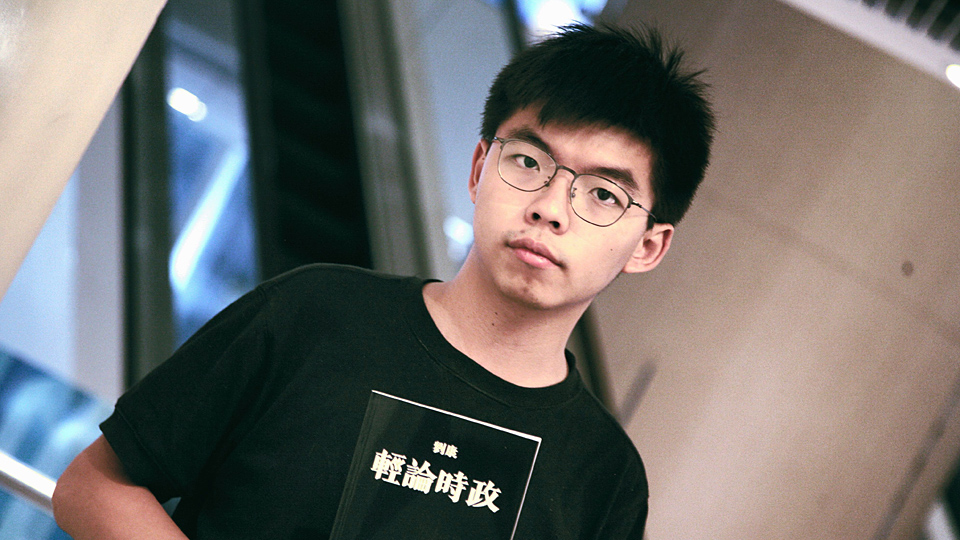 The 24-year-old opposition activist was arrested on Monday and pleaded guilty to organising and inciting an unauthorised protest on June 21st last year at the city’s police headquarters.

Mr. Wong has been transferred to solitary confinement at Lai Chi Kok Reception Centre after x-rays reportedly revealed a “foreign object in his abdomen”, with lights being kept on the suspect 24 hours a day.

“We do not know the situation well as the Correctional Services Department refused to show the images to Wong,” a post on his social media page read.

“The authority said the examination process could take three to five days. Until then, Wong needs to stay in the single cell.”

One source at the prison told the South China Morning Post that authorities are unsure what the “shadow” on the x-ray could be.

“Maybe he has swallowed something or maybe not. We need to examine his secretion and it will take several days,” the source said.

Wong will not be granted any leisure time in the recreation area, but can leave his cell if a visitor comes to see him.

Two other prominent pro-democracy activists, Ivan Lam and Agnes Chow, were also taken into custody with Wong, with all of them now facing up to five years in prison for organising the anti-government demonstrations.

Wong remained defiant earlier this week, telling reporters that China’s heavy-handed tactics would not stop the struggle for independence.

“I am persuaded that neither prison bars, nor election ban, nor any other arbitrary powers would stop us from activism.”

The three activists will remain in custody until sentencing on December 2, with Chow admitting she is now scared of what might happen.

“If sentenced, this will be my first time in prison. While I say I have mentally prepared for this, I am still a bit scared,” she wrote on social media.

A national security law passed in June has seen China crack down heavily on “subversive and secessionist activity” in Hong Kong, with the price of dissent and opposition to the communist party now higher than ever.

Japan: We’re going to spend $2bn moving our companies out of China