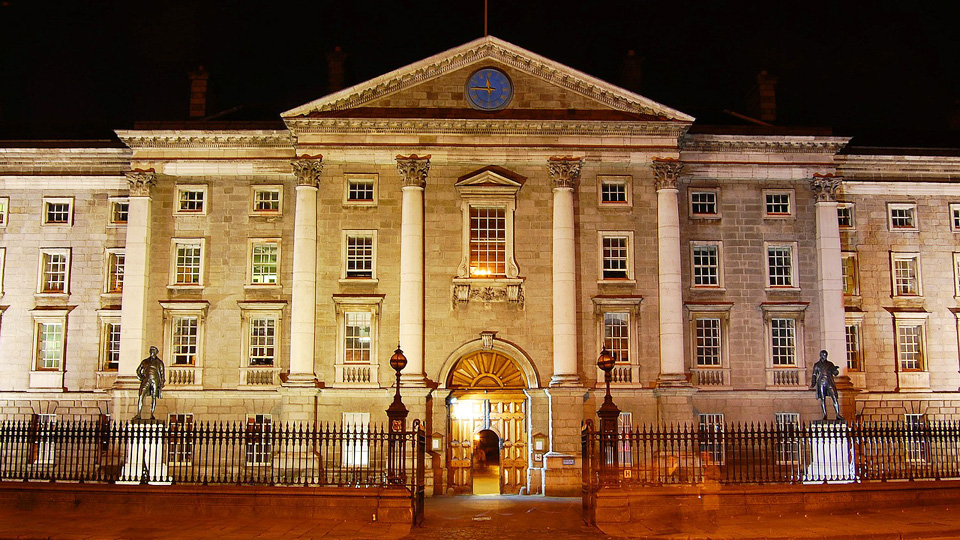 Coronavirus running wild, economy sputtering to a halt, no-deal Brexit coming down the tracks, and, at last count, six thousand and seventy-seven homeless people in the country. And the Government’s hot new idea?

Counting the skin colour of lecturers in Irish Universities to make sure they’re “diverse” enough:

IT WILL BE compulsory for third-level institutions to provide an annual breakdown of the ethnic diversity among Irish academia from December this year, the Higher Education Authority has said.

In a statement to TheJournal.ie, the Higher Education Authority (HEA) said it would be requesting ethnicity data of staff members from higher level institutions each year from this December.

The categories of data that will be requested were chosen in collaboration with higher education institutions through the Athena SWAN Ireland Intersectionality Working Group.

The purpose of this exercise, of course, is to ensure that some discrimination is introduced into hiring practices in the Universities. What other reason could there be? If the survey finds that Irish lecturers are, for example, 84.5% white Irish, that will result in a certain degree of pressure on the Universities to make sure that the successful applicants for new positions are, well, less than 84.5% white Irish.

Aside from all of that, what right, exactly, does the Government have to know the ethnic breakdown of the staff that Universities employ? In what way is it relevant to the performance of their duties? Is a black lecturer in, say, mathematics, likely to teach that subject in a substantively different way to an Asian lecturer, or a white lecturer, or a traveller lecturer? If the answer to that question is “no”, then what does it matter?

If the objective is, as advocates will doubtless argue, to uncover whether any discrimination exists in hiring practices, then it’s useless information anyway. Knowing what percentage of each ethnic minority is in employment in a University is not evidence of discrimination unless you also know what percentage of each ethnic group is applying for every open position. If nine out of ten lecturers are white, that only tells you that white lecturers won nine out of ten hiring processes. It doesn’t tell you, though, who the unsuccessful applicants were. It’s like someone telling you that FC Yokohama are on a great run in Japanese football, having won their last four games six-nil. You have no idea who they were playing, so you can’t really judge what their performance was.

Anyway, the good news is that Dr. Ebun Joseph has sufficiently recovered from her daunting encounter with a glass of Ribena last Christmas to spearhead this new initiative:

The authors of the study highlighted how Ireland has much less data on diversity in academia than is available in the UK.

Dr Ebun Joseph, a Nigerian-Irish lecturer and founder of the first Black Studies module in Ireland, said that the lack of data is a big problem, and can avoid dealing with any diversity issue within an institution.

“We can use data in the UK to show you the percentage, and you can see how big the problem is. It’s easy to capture that data, but [Irish universities could previously] hide behind ‘Oh, we don’t know’.

What is the ultimate policy objective here, by the way? If we’re going to start counting people by their skin colour to figure out whether Irish university staffs are “diverse enough”, it would be useful to have a barometer on what “diverse enough” is. Is it ten per cent minority ethnicity? Twelve? Fifteen?

And who decides, exactly, on what “diverse enough” is? What’s a fair target, and who sets that rule?

If this data is to be collected – costing time and money – it’s perfectly fair to ask what the point of collecting it is, what it will be used for, and what success or failure looks like. But none of those answers will be provided.

Because in truth, the point of this exercise is to provide the data to make a manufactured argument about a grievance. Because no matter what it shows, it won’t provide any context for how the figures in it came to be, whether there is any discrimination, or what could possibly be done about it that wouldn’t involve discrimination itself.

It’s woke nonsense. Simon Harris hasn’t taken long to bring this rubbish approach to politics from the Department of Health to his new brief, has he?

What does the actual data tell us about who is seeking asylum in Ireland?