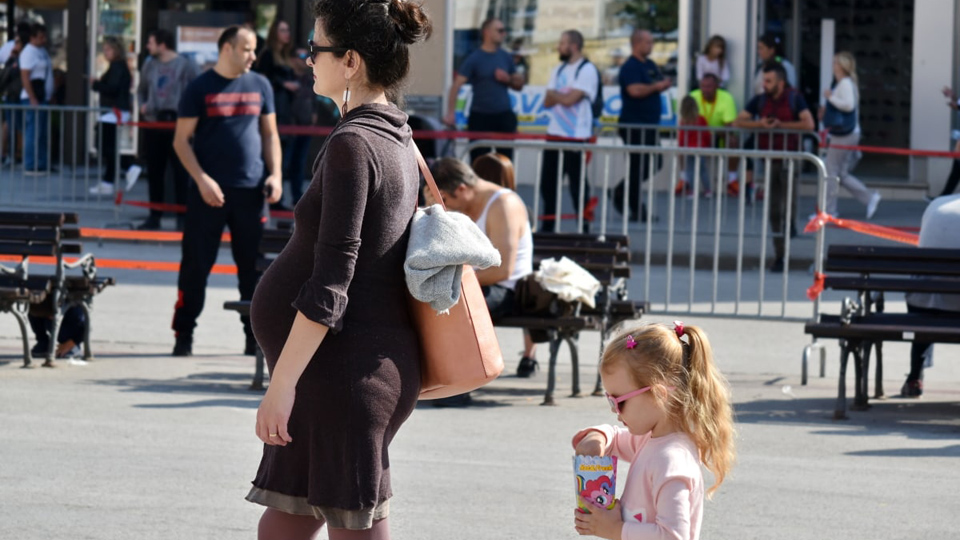 Last week we learned that Ireland’s birth rate has fallen by almost 25% in the last five years. That includes all births registered here. Like most other European countries, we now have a birth rate well below the 2.1 births per woman needed to replace the population. In the more immediate term, we face the challenge of a lopsided demographic with fewer and fewer people of working age supporting more and more elderly dependents.  When we talk about sustainable development, we hear relatively little of this imbalance.

Last week too, there was another piece of news that few perhaps would connect with the above statistic. It was the instruction of Ursula von der Leyen to the Irish government to nominate one woman and one man to contest the vacancy left by Phil Hogan’s departure from the European Commission. Despite the relentless promotion of women in public working life, gender balance remains elusive.  Of the twenty seven commissioners, twelve are women. As Ursula von der Leyen’s intervention shows, this is one area of public life where gender balance can be achieved by diktat.  As a result of her instruction, Mairead McGuiness MEP will be interviewed for the position by von der Leyen next week alongside former economic adviser to Fine Gael, Andrew McDowell.

It is hard not to see McDowell as anything but McGuinness’s ‘plus one’ as they head to meet von der Leyen.  By issuing her request for a gender balanced ticket, von der Leyen has made her job of selection somewhat  problematic.  Since the Irish government, under her direction, had to give gender weighting to their selection, is she not likely to do the same at the next stage of the process ?  Whichever candidate is favoured, victory is qualified because the kind of thing that was not supposed to count in public appointments, gender, counts for a great deal indeed.  Arguably this is feeding the very sexism it is meant to overcome.

It does not seem that the public have the same preoccupation with gender balance.  Some of the defeated FG TDs in the last general election complained about sexism within the party, implying that perhaps it had a part to play in their defeat.  Others would say it was their shared ideology, not their gender, that led many voters, female as well as male, to set out purposefully to defeat them.  Where  Kate O Connell, Regina Doherty and other big female names of the outgoing government failed, Carol Nolan who had no political party machine behind her held onto her seat.  Across the Irish Sea, defeated leader of the British Liberal Party, Jo Swinson, also implied sexism lay behind her political demise despite the fact she lost her seat to another woman.

There is evidence that gender quotas and balances are doing women no favours. The Labour Party ran 9 women out of 31 candidates in the general election and the voters returned six men. Even more surprising, the Green Party with 40% of their candidates female ended up with only two women out of twelve TDs elected.  Again looking across the Irish Sea, the very radical Labour Party membership, chose the only man among a line of up five candidates as their new leader.

Can we conclude that the electorate is sexist?  It is a difficult theory to uphold when it is leftist, liberal parties, those whose brand is a very woke form of diversity, who end up with fewest women.  Their supporters support policies far more radical than gender quotas.  Is it not more likely that they do not believe equality is served by gender quotas? Is it not more likely they see male candidates as making the cut against the odds, while female candidates are unfairly advantaged? If so, whatever sexism remains is being entrenched by mis-directed remedies to eliminate it.

Meanwhile, the promotion of women in the workplace has been feeding into critically low birth rates.  In an attempt to reverse the trend, countries like Germany have introduced generous parental allowances and childcare supports but they have proved ineffectual. Perhaps, again, it is because the technocrats and ideologues misread the public mind. For many women, being a mother and a high achiever in the workplace is a compromise too far. Many of them may not see mothering as something to be delegated, no matter how good the supports. In any case, supports coincide with working hours but parenting, especially of young children, runs into evenings and nights and through weekends.

The irony is that Germany, in its bid to avoid the problems that loom ahead because of plunging birth rates, continues to incentivise women to take an equal share in working life to maximise economic output.  Here, new Minister for Children, Roderic O’Gorman, has committed himself to make childcare ‘affordable and accessible’. Problem solved, or so he thinks.

It is time O’Gorman and everyone else concerned took a critical look at the dogma that gender balance in the work place, particularly in top jobs, is a measure of gender equality and women’s worth.

We’ve been there: why my daughter and I are helping Gianna Care to help women