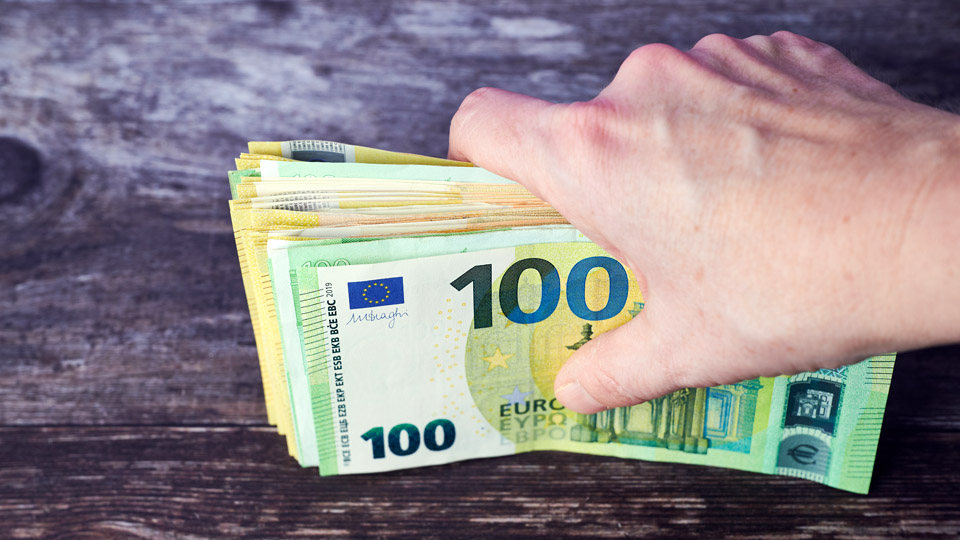 From time to time, RTÉ reveals the frankly obscene salaries paid to people like Ryan Tubridy and Ray D’Arcy and everyone gets a bit hot under the collar for a day or two until the fuss dies down.

This year, no doubt operating on the basis of finding a “good day to bury bad news” the station picked the day of Joe Biden’s inauguration to inform the nation that they had paid over €9.5 million to just 10 presenters in three years – and that despite RTE’s continued financial struggles, eye-watering sums were still being handed over to presenters like Joe Duffy and Miriam O’Callaghan.

Ryan Tubridy tops the charts with a staggering €495,000, a bigger wage than the President of the US, as almost everyone observed, mostly because it’s so ridiculous. He presents a chat show, it’s not rocket science or curing cancer. Incredibly, ten years ago, Tubridy earned even more – racking up a bill of  €723,500 in 2011 for example  –  so no doubt there are some who’d argue we’re getting a bargain these days and the Toy Show to boot.

What probably astonishes people most is that Ray D’Arcy, surely the most clunky and inarticulate presenter on radio, is second on the list with €450,000. He obviously has a rare and hidden talent for negotiation. If RTÉ goes under a career in crisis management in the UN surely beckons.

The list goes on pretty predictably,  Joe Duffy in third place with €392,494 for saying ‘go ahead’ at regular intervals and Brian Dobson on €209,282 for reading the news.

RTÉ ‘stars’ used to justify these lavish salaries by contrasting their wages with those of BBC presenters. This conveniently ignored the fact that the BBC has an audience something like 15 times the size of ours and therefore pulls in a far greater licence fee and much bigger advertising revenues. It’s like expecting the salary of a Regional Director for Tesco when applying to run the local Spar.

We also used to have vague threats of RTE stars abandoning us here in the old sod for a even more glitzy career in the BBC, with the obvious implication that the Beeb was working non-stop to poach our hot talent unless we continued to cough up to keep said stars in the lifestyle they were accustomed to. Thank God handing over fistfuls of cash seemed to keep our crew on board, and the BBC were left to trawl through 65 million people to find local talent.

The absurdity of how much is being paid was outlined by John McGuirk on this platform last week. We value the Late Late Show presenter more than multiple brain surgeons apparently, though I don’t remember anyone asking me. He also correctly pointed out that RTE are essentially public sector workers, and that no public sector worker anywhere else would even dream of making almost half a million quid a year from hard-pressed Jo taxpayer.

A final point on this debacle is that the market is not setting these salaries. There is no market really, there’s RTE which is funded by the tax-payer (whether we like it or not) and seems to pretty much do what it wants. None of the smaller, self-sufficient media can compete sufficiently with that.

There appears to be a consensus, on social media at least, that this situation is beyond absurd, and that this tiny country can no longer continue to pay RTÉ €189 million every year, only for the station to keep running up deficits and asking for more cash while paying presenters enormous, unjustifiable salaries.

Yet, no-one is seriously tackling RTÉ’s obscene salaries, and here’s three reasons why.

Firstly, RTÉ largely sets the news, and decides what stories the nation will be listening to. This is because the station enjoys all kinds of historical and funding advantages. A shrinking, but still very substantial, proportion of the population have the dial fixed to RTÉ when it comes to news. If RTÉ doesn’t want to dwell on Ray D’Arcy getting  €450,000 a year then it doesn’t really get the kind of coverage necessary to make it part of the national conversation. There is no continued carousel of outrage beginning on Morning Ireland, ramping up on Joe Duffy, and then becoming the subject of a Prime Time investigation.

The story just fades away. Lucky for some, eh?

Secondly, this is a small country and the relationship between the powers that be and the journalists who are meant to hold them to account is increasingly becoming blurred. By now, we seem to have accepted as the norm that large numbers of journalists are recruited by politicians as well-paid special advisers.

Without trying to impugn the integrity of any particular journalist, it does raise questions as to how an insistence in raising critical questions might damage the prospect of a successful job application for a position which undoubtedly raises the salary of even a senior journalist.

A similar disadvantage might be implied for a journalist who wants to make an issue of the ridiculous salaries being paid to RTE presenters. Will it affect your chances of being asked on one or many of RTE’s current affairs or chat shows as a contributor – and if that door is closed would your chances of moving from print journalism the greener pastures of RTE TV or radio also go with it?

The low-level coverage given to the salaries disclosure this time around might suggest that there are increasingly smaller numbers willing to take the risk and find out.

Lastly, what’s true for journalists is also true for the rest of us. If the salaries paid are too big, this country is too small and everyone is afraid of upsetting the applecart from politicians to artists to anyone with a book to flog or a story to tell.

If you take up the cause of more sensible or realistic salaries for RTÉ, are your cards marked forever more? Given the pettiness of human nature, probably. If you go on to write an amazing book, or launch a brilliant album, or pen a spicy memoir, will you get the coveted Late-Late spot or prime news spot to bring it to the attention of the nation? A lot of people might feel they’d seriously damage their chances.

A black day for Varadkar’s Ireland

Do sponsors of Pride think showcasing fetish is acceptable in front of kids?