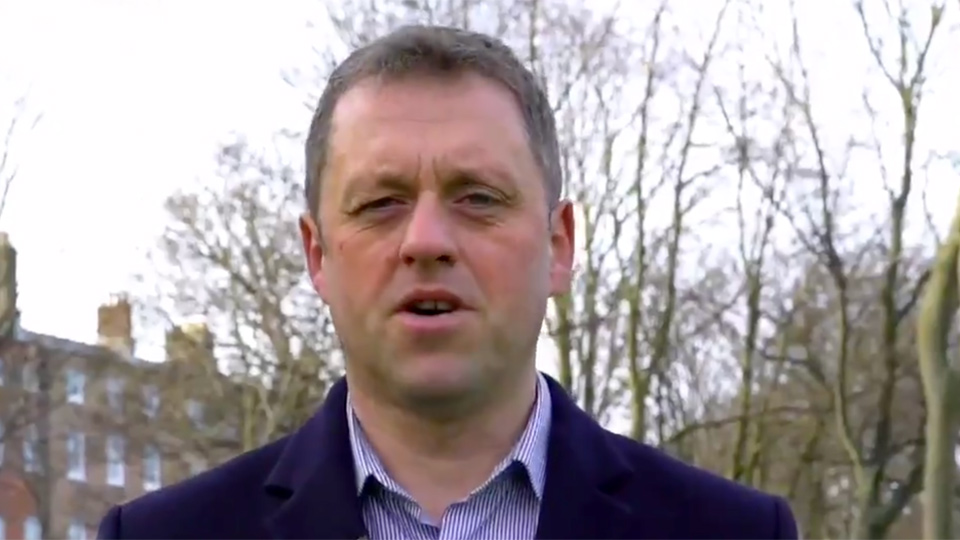 If you missed this delightful little story last week, then let me refresh your memories: After Barry Cowen suddenly, and four years after the event, found himself receiving media attention for his drink driving conviction, Minister for Europe Thomas Byrne went on Virgin Media and said how terrible it was that this had happened to his good friend, Mr. Cowen.

That prompted one of Byrne’s long-term associates, Ken McFadden, to say he’d had enough, and to send the tweet that sent ten thousand tongues wagging:

Thomas Byrne told me in a phone call at 1.30am in the morning the night the cabinet was formed he gave the #BarryCowen story to the media, he was bitter at not making cabinet, that is the 100% truth & I will swear it on a bible in any court, Thomas Byrne is a liar #TonightVMTV

The allegation by McFadden was very specific: It had a time, and a date, and a specific conversation. McFadden also said in a subsequent message that “things would get very interesting” if Byrne was to deny it.

If McFadden was not telling the truth, of course, then his tweet would be extraordinarily defamatory, so one might have expected legal writs to fly, very swiftly, if Byrne felt that he was being wronged.

But no. According to the Minister, it’s untrue, but he simply doesn’t have the time to be suing over this sort of thing:

Fianna Fáil TD Thomas Byrne has denied that it was he who leaked news of Agriculture Minister Barry Cowen’s drink-driving ban to the press.

Mr Byrne told the Michael Reade Show on LMFM Radio today that he and Mr Cowen are on good terms and it was “now clear” that he had not told the press about Mr Cowen’s 2016 road ban.

Mr Byrne said that he hadn’t spoken to Mr McFadden at 1.30am as suggested, adding that the conversation had taken place around 1am. Mr Byrne said he had made phone calls to “many of his friends” on Saturday, June 27, when Mr Byrne was overlooked for a full cabinet position.

Mr Byrne said that he had taken legal advice on the claims, and had assessed his options, but suggested his role as a junior minister would preclude him from taking a case against Mr McFadden.

“‘As someone who has worked on defamation cases, these things take up all of your time.”

That is, needless to say, complete garbage. In any such defamation action, the burden would entirely be on Mr. McFadden to prove what he was saying was true, not on Mr. Byrne to prove it a lie. If Mr. McFadden has no evidence to back up his claims, then the matter presumably wouldn’t even reach court. So what is Mr. Byrne afraid of? Unless he thought McFadden had a recording of the call that would embarrass him further, the obvious thing to do would be to sue. It would take about five minutes to call a solicitor and tell them to sue, and maybe half an hour to swear an affidavit denying the claims in the tweet. But he hasn’t the time to do either? Come off it.

For his part, McFadden seems to think he’s been vindicated:

I am not on a campaign to take any one down or destroy anyone & I don’t plan on making any further comment on this matter unless provoked by the @thomasbyrneTD camp or supporters on his behalf, I think the business of government now should be on covid, housing health brexit

This seems to be one of those stories where everybody knows the truth, but it’s just much too embarrassing for everyone to take it any further.

The person to feel sorry for in all of this, by the way, is former FF Cllr Jennifer Cuffe. Thomas Byrne has denied much. He doesn’t seem to have denied this, at all:

@ThomasByrneTD should be very careful with his phone calls. I previously heard him denigrate me over bluetooth in a TDs car. This included calling me a “slut” and “whore”. Not nice. He should be careful who is listening 🤗 https://t.co/ymDQJODRcw

Her too, I guess.

Anyway, Mr. Byrne’s denials are very unconvincing. And believe me, there’s not a single Fianna Fáil TD or Senator who believes them privately.