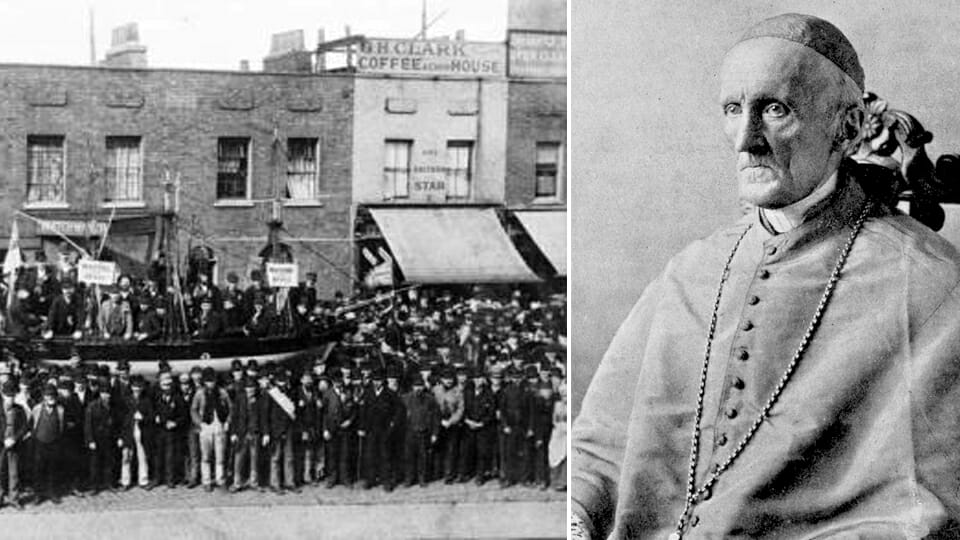 Cardinal Henry Edward Manning was a convert from the Anglican church to Catholicism and was ordained Archbishop of Westminster in 1865.

He was a strong supporter of social justice within the teachings of the church and was a key influence on the Papal encyclical Rerum Novarum issued by Pope Leo XIII in May 1891.

The encyclical rejected both unrestricted capitalism with its abuses and exploitation of labour, and the totalitarian tendencies of socialism. It upheld the right of workers to form trade unions to protect their interests.

Rerum Novarum supported both the principle of subsidiarity where power was ideally situated at the most basic levels of society rather than the central state, and the existence of a diverse range of independent organisations as the basis of a healthy civil society.

These were among the principles that underlay Catholic opposition to the totalitarianisms of the 20th century with their veneration of race and class above the individual.

Rerum Novarum remained influential among Irish trade unionists and republicans for many decades.

Manning’s commitment to social justice found practical engagement during the mass strike of dockers and other workers in London Port in 1889. The strike centred on the demand by casual workers to be allowed trade union representation.

It is often forgotten now but among the main opponents of the organisation of ‘non skilled’ workers were the older craft unions. That was also a factor in the Belfast and Dublin strikes of 1907 and 1913. Many craftsmen looked down on the lesser caste. Indeed, one of my grandfathers who was a Fenian and a craft union representative disliked Larkin for that reason.

As in Dublin and Belfast, workers came to the docks hoping for a day’s or even a few hours work. That might decide whether a family would eat or not and there were the same abuses as in Dublin where men were paid in pubs and expected to stand drinks for the overseers.

The London strike brought to prominence new trade union leaders like Tom Mann and Ben Tillett and the launch of the political career of John Benn who was elected as a Liberal candidate for Tower Hamlets in 1892 and was the grandfather of Tony Benn.

However, it was the intervention of Cardinal Manning that was perhaps the key factor in the workers gaining an important victory. He made no secret of his sympathies with the workers but was accepted as a mediator.

“Starving men may be locked out with impunity. The hunger of their wives, the cries of their children, their own want of food, will compel them to come in. It is evident that between a capitalist and a working man there can be no true freedom of contract. The capitalist is invulnerable in his wealth. The working man without bread has no choice but either to agree or to hunger in his hungry home. They forget that when thousands of women and children suffer while they are refusing to grant a penny more in wages, or an hour less in work, there is a wide field of misery caused by their refusal, which prolongs a strike. It is then no private affair, but a pubic evil which excites the public condemnation.”

Manning rejected the claim that the contract between boss and worker was an equal and voluntary agreement. “The capitalist is invulnerable in his wealth. The working man without bread has no choice.”

Manning also fostered the coming together of the largely Irish casual workforce and the local Jewish community in the face of some efforts to sow ethnic divisions.

Ben Tillett who ratified the settlement on behalf of the workers in September 1889 paid tribute to the Cardinal who he credited with the major role in the successful outcome. 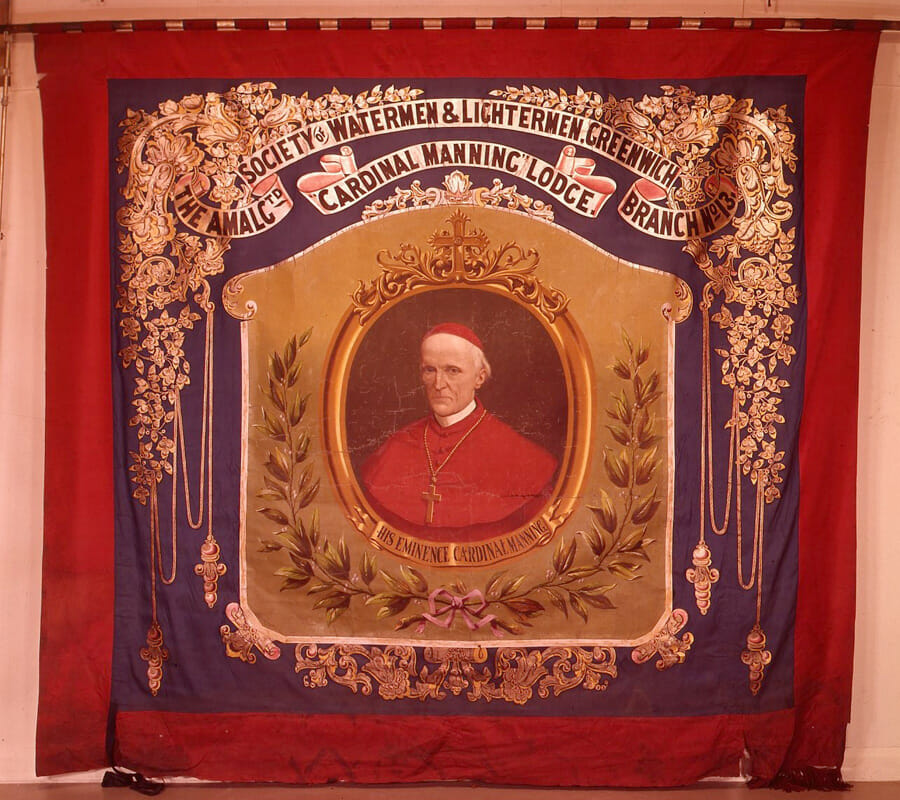 Does the border make “quarantine” for UK flights a nonsense?