The Tide Goes Out on Ireland’s Ascendant Hipsterocracy 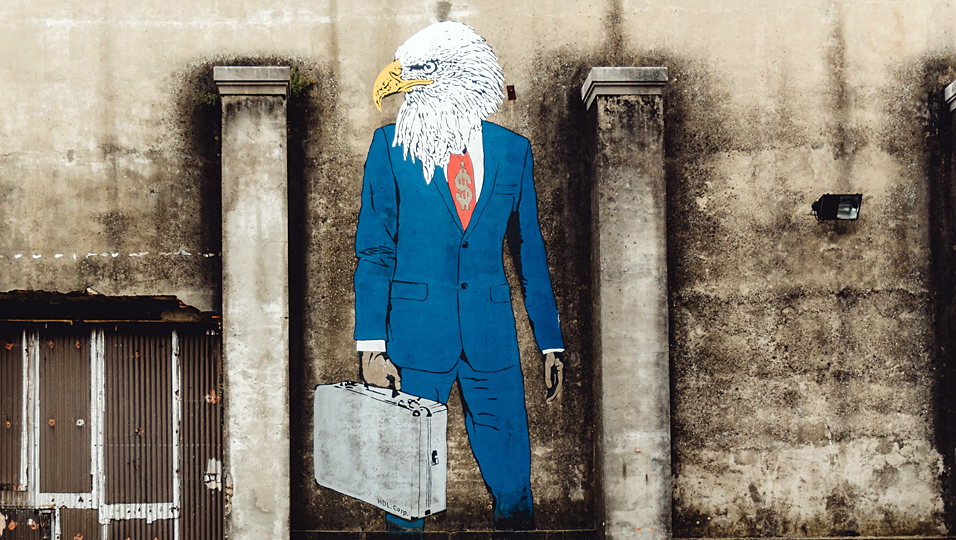 The problem with economic downturns is that all the bills tend to come due at once. When banks see one portion of their loan book fail, they send out the debt collectors to make good and this adds pressure to an already pressured situation.

Something similar happens in politics. “Never let a good crisis go to waste,” said Churchill; this was repeated by Rahm Emanuel in 2008 as he served as President Obama’s Chief of Staff. When the recession hits, clever politicians ride the wave to enact policies that they have long wanted to enact.

This morning The Financial Times ran a headline stating that “Brussels plans attack on low-tax member states”. The article tells us that officials in Brussels see the present economic crisis as an opportunity to finally stamp out low-tax regimes in the bloc. This has been a longtime coming. The Europeans have always been uncomfortable with these arrangements.

Some of this is moral. Many European officials see these arrangements as unseemly. But some of this is simple jostling for wealth and power. Paris and Berlin have long been jealous of financial centers like the IFSC in Ireland which they would much prefer to see inside their own borders. Recent tensions between Europe and American tech companies has many scrutinising the quirky Google campus in Dublin.

There seems no easy way out either. The Financial Times reports that Brussels is looking to trigger an unused treaty instrument, Article 116 of the TFEU, which “unlike ordinary tax legislation in the EU… would only require the backing of a qualified majority of the EU’s 27 member states rather than unanimous support of all countries, restricting a government’s ability to wield a veto”. No veto for Dublin, so.

All of this will be done against the backdrop of negotiations over a European-wide economic stimulus. So, expect other countries to be focused on trying to get in the good graces of Brussels to get their mouth on the teat.

What does this mean for Ireland? It means that a large portion of high-paid Irish jobs are at risk, for one. The IFSC employs around 38,000 people. Much of this is focused on domiciling and fund administration. But there are also a wealth of law and accountancy firms. It is no secret that a great deal of this business is centered around ‘tax efficiency’, as it is politely referred.

Technology jobs have exploded in Ireland in recent years. Not all of these are directly connected to Ireland’s low-tax regime. But it seems unlikely that Ireland would be nearly as attractive a tech-hub if international tech firms were not using the country to reduce their tax exposure.

The average salary in the IFSC is around €60,000 a year, but the upper-end reaches well into six figures. Tech salaries have a similar profile. A high-end Chief Technology Officer salary clocks in at a cool €180,000 a year. Note that the average salary in Ireland for all workers is around €40,000 a year. There is no doubt about it. These industries are the bread and butter of the ascendant Irish urban elite and they make possible the ‘hipster consumption’ we see in urban centers.

If Brussels succeeds in stamping out low-tax regimes in its jurisdiction Ireland is in for an interesting recession. We already know that this recession will not look like the 2008-09 recession. Instead of construction jobs bearing the brunt, this time around it looks like small businesses will take the biggest hit. But they may be soon joined by the young Irish professional elite. Neither of these groups seem remotely receptive to the prospect of welfare dependency.

Imagine this taking place against the backdrop of cultural chaos that has been foisted on this country in recent years. Neoliberal culture is an ugly mess of narcissism, excess and self-centeredness. It relies for its stability on wealth and consumption. Irish cultural bonds have been eroded and replaced with commercial and consumeristic ‘lifestyles’. What happens if the country can no longer offer these lifestyles?

It is not clear. But it seems unlikely to be pretty. Will people sink back into cheaper thrills? Drinking and drugs, perhaps? A proliferation of illegal rave culture, maybe? Previously enjoyed by a small minority of misfits in the early-1990s, it might become the norm for the young. Will a certain seediness seep even deeper into Irish culture? We already have leering profiles on dubious ‘gossip’ websites promoting domestically-produced pornography. Is this a trend that looks set to accelerate? Quite possibly. When the tech barons have finished eating the flesh, they might toss the rest of the carcass for the darker forces online to feed on.

We saw something similar happen when communism fell in the Eastern Bloc. As the tide went out and the economy, for what it was, stopped functioning people saw that their culture had been stripped bare. The result was decade of darkness followed by a strong reactionary response. In the depths of that dark period in 1994, alcohol-related death rates increased around 50% from when the Soviet Union collapsed in 1991.

Many of us have been critical of the cultural direction Ireland has taken in the past few decades. But we have always been met with eye-rolling and a hand gesture toward per capita GDP figures. We may be facing down a reversal of that period of wealth. The Irish people may find that when the shiny objects are taken away that they have been, by and large, sold damaged goods.