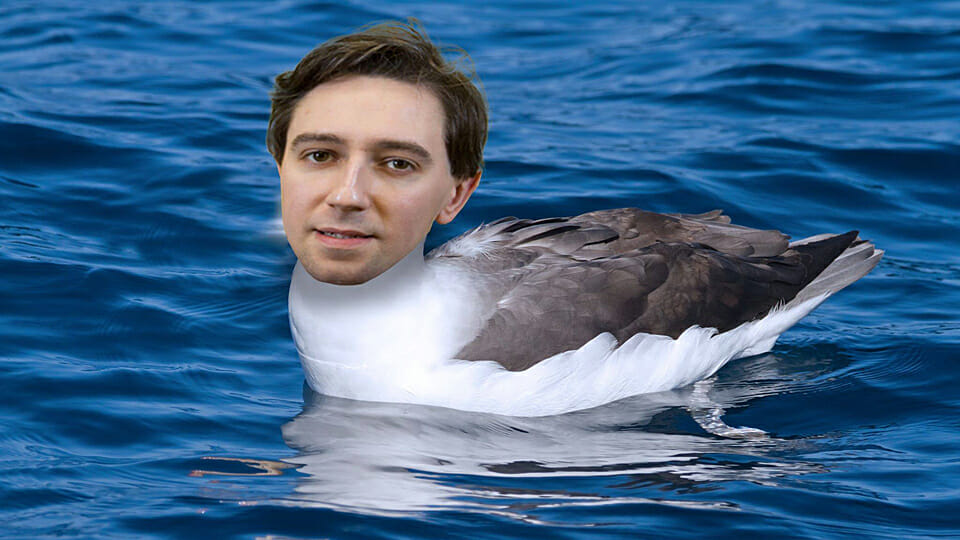 FG have chosen to go to the country rather than let a no confidence vote in Simon Harris go ahead.

FG have seen off a ridiculous number of no confidence motions since their last election, but they’re now on the verge of calling a general election to avoid facing what should be a pretty routine event by this point. But this no confidence motion is different.

Harris did survive a no confidence motion last February, but he’s managed to destroy, through his own actions, the very literal Repeal shield he had at that point.

With Murphy you can point to failures, sometimes deep failures, but he also has successes, and there is a sense that he does understand what should be done and that the area is being turned around. That is not the case with Simon Harris. His time in Health has been marred by so many blunders and controversies that merely listing the most important ones would push this article to an unreadable length.

Watching Simon Harris try and manage Health has been like watching a drunk man fall face-down in a puddle and then drown in it. His friends awkwardly stand there and tell you it’s OK and that he’s making a good go at it because the bubbles haven’t quite stopped coming to the surface.

In 2016 we learnt that 300 people a year were dying due to the shortage of ICU bed’s in Irish hospitals. We learnt that the shortage of beds meant that doctors were effectively having to decide between them which patients would be treated and which would die. We learnt what Irish medical professionals thought of that situation last October when the membership of the Irish Hospital Consultants Association voted no confidence in Simon Harris.

This week we learnt that more than 100 patients a year die due to waiting times in a single hospital in Waterford. According to the HSE there are 38 public hospitals in this country, we do not know how many patients die due to this issue in them.

Simon Harris stood up during the abortion debate and said that this was a change that had to be made to protect the lives of women. No one asked him how he felt about the presumably thousands of women who have died due to the Irish health service over his tenure. Maybe they didn’t want to ruin the punchline of the joke. Maybe they didn’t get the joke.

Harris is not entirely to blame for the state of the health service, it was a mess before he got there, but in his attempts to fix the health service, few though they were, he has shown himself to be a man totally out of his depth. No wonder that the man clings desperately to any sort of NGO campaign or social issue that he can.

He seems to spend his time talking about anything that is not the health service, desperately looking on Twitter for some social cause or another he can attach himself to like a limpet. This is a Minister who formulated an official response to a Facebook post on IVF made by a local church in Tullamore, and writes to journalists to tell them that he doesn’t like who they’re taking information from. This is a man who formulates national policy on the back of a survey given to 16 people.

There will be a simple truth to this election. Fine Gael went to the country to avoid having a no confidence vote in Simon Harris, partially because they thought they would lose that vote and partially so that no FG TD had to go on record and say they thought Harris was doing a good job. But FG has had many opportunities to remove Harris from Health, and they have never done so.

They put a man into a position who was not capable enough to perform the functions of that position and then they let him stay there despite knowing that he was simply passively overseeing the collapse of the health service.

Simon Harris will go down as the worst Minister for Health this country has ever seen, and his part in the abortion referendum, and whatever other trivial, NGO designed campaigns he has been willing to lend his name to, will not change history’s assessment of him.

Voters should do what FG has been unwilling to and remove Harris from Government, but FG should not be allowed to simply say ‘Ah sure it was a mess when we got there’ and move on. They’ll try, when they come to your door, to throw Simon Harris under a bus with a speed that will astound and amaze, but they made a choice, and now they should suffer the foreseeable consequences of their actions. Those who been injured or died due to the state of the health service have had to suffer for them for years.

David Thunder: Time to Put Quality of Life at the Heart of Our Economic Policies