The scandal of public silence. The Irish Bishops and Covid restrictions on worship 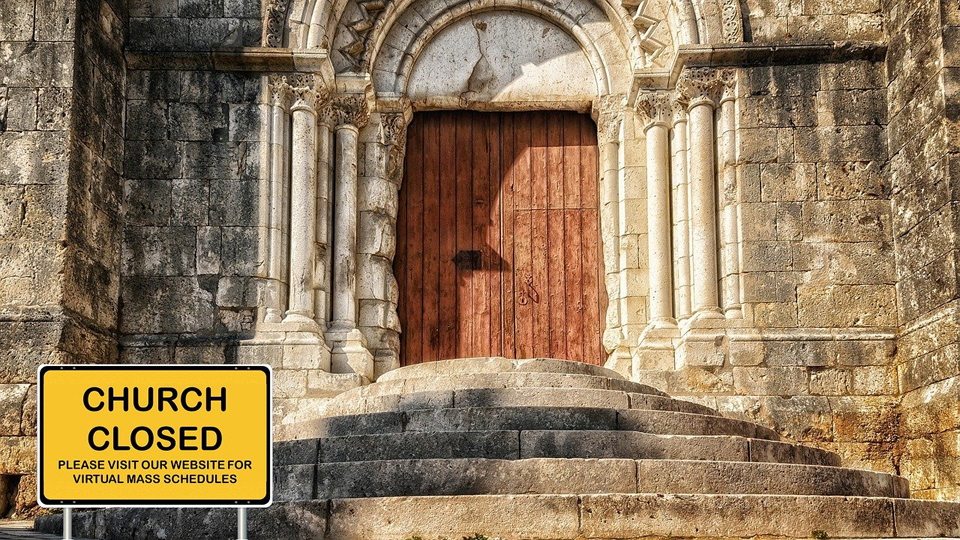 Let me just lay my cards on the table straight away; the absence of leadership, and the utter failure of the Catholic Bishops to collectively challenge the restrictions on public worship in this state has been, at best, a mystery and at worst an absolute scandal.

Nowhere in Europe have we seen such unreflective capitulation to public health guidance, however lacking in evidence, as we have seen from the body of Irish Bishops that currently ‘lead’ the Church.

Where is the episcopal equivalent of Dr Martin Feeley? Where are the statements filled with prophetic witness or moral outrage about the outright prohibition on access to public worship?

Why is it that the only voices which are routinely challenging the denial of access to the sacraments are prominent lay people like David Quinn and the editor of the Irish Catholic Michael Kelly and others?

Of course, there have been individual exceptions to this with a few brave clerics challenging the rationale to close all churches. But this is not the same thing as a national episcopal body making common cause in the defence of religious freedom.

Was it really expecting too much to hear something from the Bishops beyond, “yes Taoiseach, of course Taoiseach, anything you say Taoiseach?”

It is not as if doing otherwise would make them irresponsible.

Because in fairness, it is a partially understandable desire to be seen as responsible civic society actors that appears to be motivating them.

But the fact remains that right across Europe and indeed in the US, there has been an acceptance that wholesale bans on public worship are in contravention of fundamental rights.

As ADF International have observed:

“Germany’s highest court, the Federal Constitutional Court, overturned a blanket ban on religious services during the coronavirus crisis, saying that exceptions could be granted if sufficient precautions were taken to avoid infection, thus requiring the German authorities to carefully justify any restrictions introduced on the basis of proportionality and effectiveness.”

Anyone who has offered to help their local church knows the lengths that parishes have gone to in terms of ensuring stringent disinfection regimes are in place.

I suspect, in fact I know I am not the only one who has found it increasingly difficult to accept the weary rationalisations that are being offered for this public silence.

Perhaps the position adopted by the Bishops is also based on some kind of belief that their ‘getting involved’ with public square debates with NPHET or government will just contribute to their further alienation.

It does not seem to have dawned on them however that by doing so they have acquiesced in a cultural shoving aside and the characterisation of themselves as a spent and ‘contaminated’ moral force.

There is no clear sense that they are aware of just how much this pains ordinary Catholics who feel abandoned and leaderless in what is already an oppressive and hostile culture.

I can already hear the clamour of those who will say; “What difference do you think it will make if the Bishops do speak up?” Will government or NPHET really listen to them?

While this is certainly valid, it is not really the substantive point.

In a wider context it would also help to make it clear that they still have a role to play in resisting the unabated colonisation of the public square.

It is time for the Bishops to find their courage, break their self-imposed silence and fight for the hard-won rights of religious freedom and religious expression.