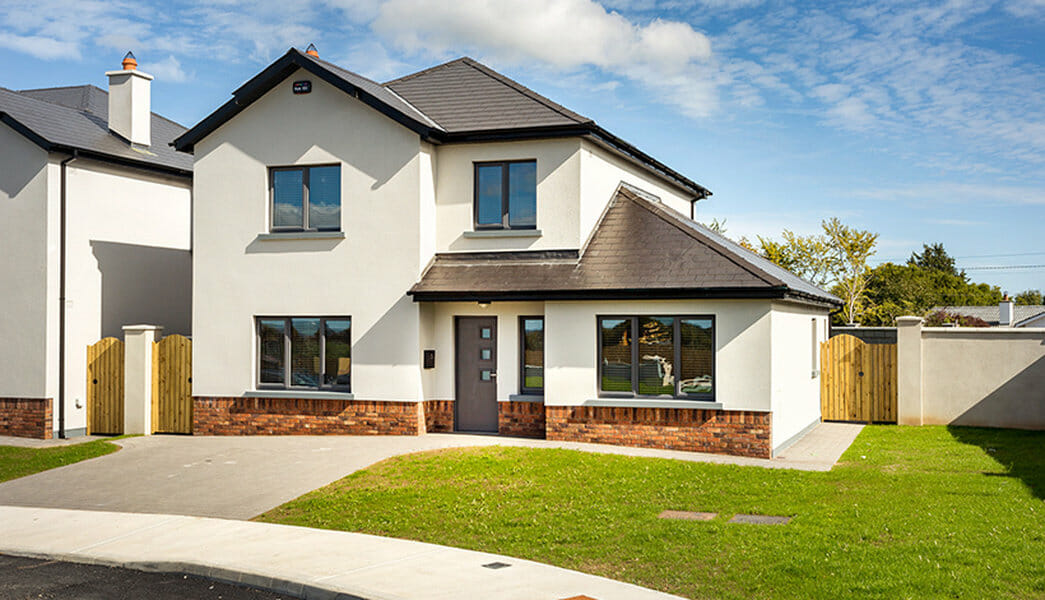 “Housing”, we are told by the Irish left, “is a human right”. It’s an interesting statement, in that it is both ambitious, and hugely limiting. On the one hand, there clearly is a human right to shelter, and not to be left exposed to the elements. On the other hand, a “house” is not a “home”.

The aspiration to own one’s own home is natural and good. Birds build nests, foxes dig dens, and humans build houses. “A man’s home”, say the English, “is his castle”. “My home”, say American soccer moms, “my rules”.

Owning your own home brings with it just about more liberty and independence than anything else you can do in adulthood. In very few other settings can you order the world immediately around you to your taste, and yours alone. When you visit somebody in their home, you can get an immediate sense of the kind of person you’re meeting, just by looking around. When someone comes to visit us (at least in my house) hours are spent tidying, because we all know instinctively that our homes say so much about us.

When you rent a home from someone else, you have some of that freedom, but not as much. You can’t randomly decide to paint all the walls lime green, for example, or to install a new kitchen, or to knock down a wall and make two rooms into one. You’re living in somebody else’s space, chosen for you, and your freedom is limited.

Saving to buy a house is therefore almost impossible if you are living in rented accommodation, with rents at the levels that they are.

This has long term consequences for society, and those consequences are very visible already. The average age at which we are getting married is increasing, year on year. The average age at which we are having children is increasing at the same rate. The number of children we are having is falling. Correlation is not causation, but it is very hard to dispel a link between the struggle to secure a home and build the foundations of an adult life, and the delays in beginning one.

This is an issue that has hitherto been left, as a political device, to the left. Awful proposals like the one to freeze rents, supported by Sinn Fein, are gaining in popularity for the simple reason that people are desperate. What does it matter if a rent freeze is a terrible long term idea when your apartment is costing you more than half your monthly salary just to line the pockets of a landlord? You’ll take any relief you can get, and let the politicians worry about the consequences. That’s the smart way to vote, even if it’s bad for the country as a whole.

On the right, ideological commitment to the market as a solution to all problems is admirable, but sometimes wrong-headed. The idea that the market will respond to a housing crisis by supplying new homes has merit to it, but it ignores three things. First, the market is slow. You simply cannot build a whole slew of new homes very quickly. Second, market incentives encourage people not to flood the market with new homes, and reduce the price. If you build 10,000 new homes, you have an incentive not to let them all hit the market at the same time.

But third, and most importantly, housing is more than an economic good. It has real, and tangible, societal benefits.

There has been no research that’s immediately discoverable to support this hypothesis, so what follows hasn’t been proven, but think about it:

A person who owns their own home has more of a stake in a community than someone who does not. If you intend to be in a place for the rest of your life, you’ll care more about it. You’re more likely to join the tidy towns committee, more likely to get involved in the school board of management, more likely to be active in the neighbourhood watch, or the local football club.

When you own your own home, you’re more likely to do simple things like cut the lawn and paint the place, rather than relying on a landlord. In almost every election ever measured, people who own their own homes are more likely to vote for low tax, law and order parties, and to care more about traditional values. When Winston Churchill said that “if you vote conservative at 18, you have no heart, and if you don’t vote for them at 30, you have no head” he might as well have said that home ownership changes your priorities.

When Margaret Thatcher changed 3 million UK voters from Labour to Conservative, permanently, she did it by giving them the chance to buy their own homes. “What are the benefits of capitalism”, she asked, “if people have no capital?”

In a capitalist society, it is absolutely vital that people have some capital to work with, and the state should be at the forefront of providing it. So, here’s my solution:

The state should borrow, at the current low interest rates, an eye-watering sum of money, and invest it into a national housing agency. This agency would be mandated to build, and sell, homes, on a buy-to-rent basis. Each home would be sold for €250,000, paid over 25 years with interest rates at market levels, working out at a monthly payment of about €1,200. At the end of 25 years, the buyer owns the home outright, while the state recoups far more than it invested in the home to begin with, and uses those funds to re-invest in the next generation.

At the end of the process, a generation of Irish people would approach late-middle age owning their homes outright, like our parents did before us. At the same time, reducing demand in the rental market would reduce prices both of existing rental accommodation, and the value of existing homes.

There would, of course, be a political price to pay. Voters who already own their own homes would likely see their long-term value fall. This may cause some resentment. But ultimately, it’s the price we will have to pay, if we want to live in a society where more people have hope. In addition, political pressures would mount if ever those who acquired the homes in question found themselves unwilling or unable to pay their state-granted mortgages. The state’s unwillingness to evict people for fear of losing votes would, in those circumstances, be a weakness of the model.

Borrowing to invest in huge projects is often unpopular, and the state does very few things for close to the estimated cost. It’s very possible that having a state agency compete for tradesmen and skilled builders could push construction costs up, or that projects could be de-railed by planning.

All of these are surmountable problems. All of them are worth facing down to give young people, in particular, a real and proper stake in our capitalist society.

It might be a pipe dream, but it’s worth dreaming about.

The despicable persecution of Una McGurk